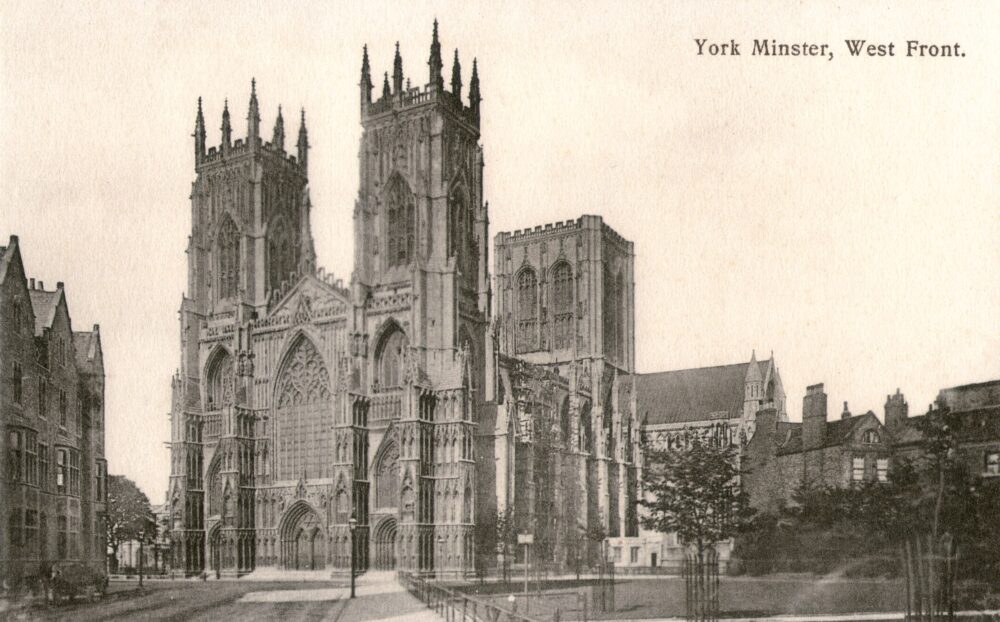 The Cathedral and Metropolitical Church of Saint Peter in York, commonly known as York Minster, is the cathedral of York, England, and is one of the largest of its kind in Northern Europe. The minster is the seat of the Archbishop of York, the third-highest office of the Church of England (after the monarch as Supreme Governor and the Archbishop of Canterbury), and is the mother church for the Diocese of York and the Province of York.
. . .
The Gothic style in cathedrals had arrived in the mid 12th century. Walter de Gray was made archbishop in 1215 and ordered the construction of a Gothic structure to compare to Canterbury; building began in 1220. The north and south transepts were the first new structures; completed in the 1250s, both were built in the Early English Gothic style but had markedly different wall elevations. A substantial central tower was also completed, with a wooden spire. Building continued into the 15th century. The Chapter House was begun in the 1260s and was completed before 1296. The wide nave was constructed from the 1280s on the Norman foundations. The outer roof was completed in the 1330s, but the vaulting was not finished until 1360. Construction then moved on to the eastern arm and chapels, with the last Norman structure, the choir, being demolished in the 1390s. Work here finished around 1405. In 1407 the central tower collapsed; the piers were then reinforced, and a new tower was built from 1420. The western towers were added between 1433 and 1472. The cathedral was declared complete and consecrated in 1472
Wikipedia. 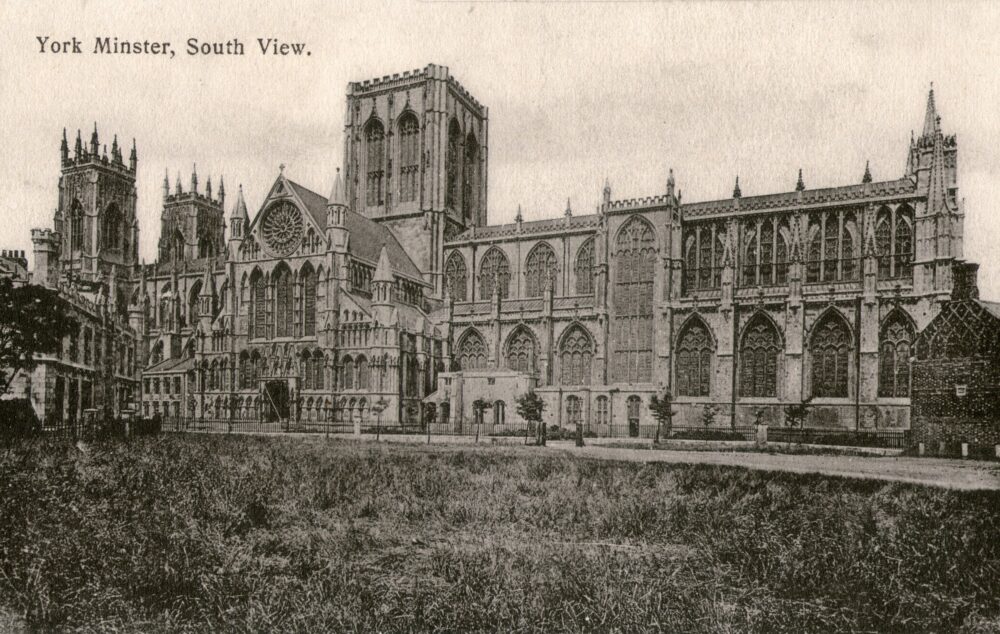 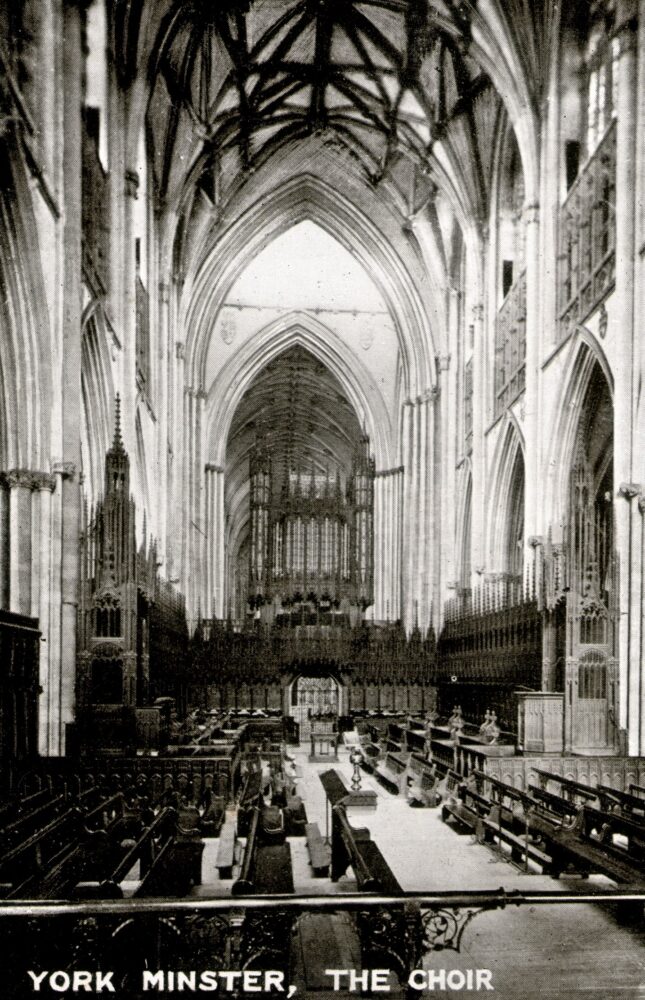 Most sung services, including our Evensong service, take place in the Quire. Built between 1361 and the 1420s, much of the original structure was destroyed in a fire started deliberately in 1829.
York Minster 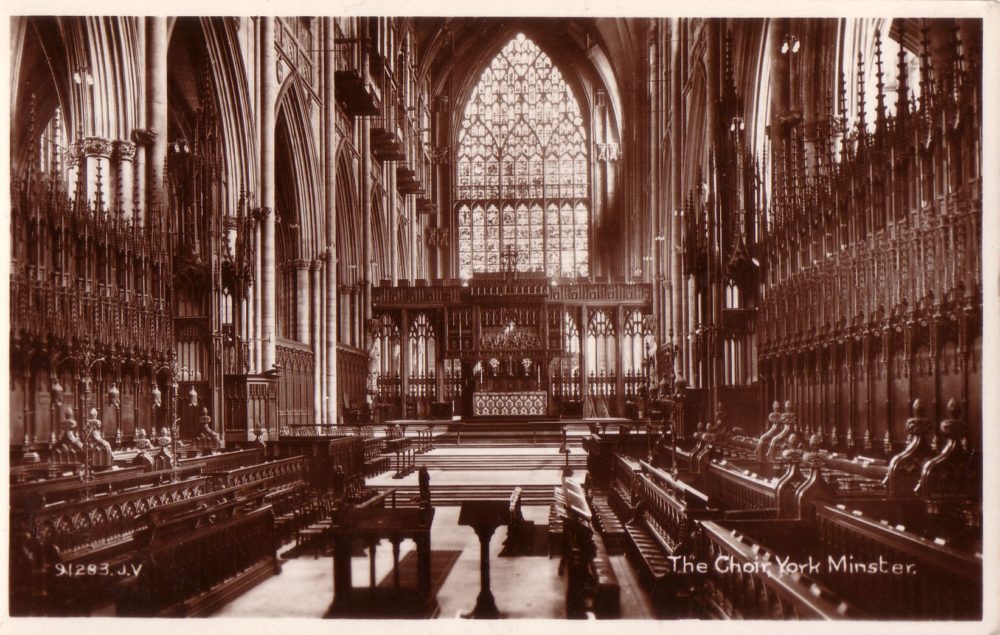 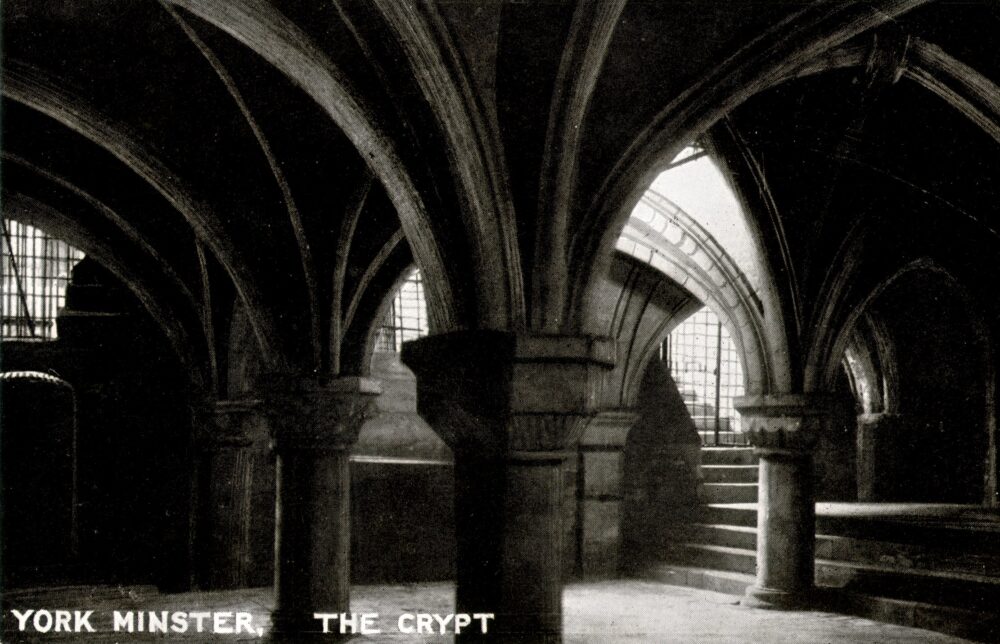 The Minster has two Crypts, with the Western one rediscovered and brought back into use following a fire in 1829. It houses the tomb of St William of York, the only saint to be buried at the cathedral, who was canonised in 1227.
York Minster