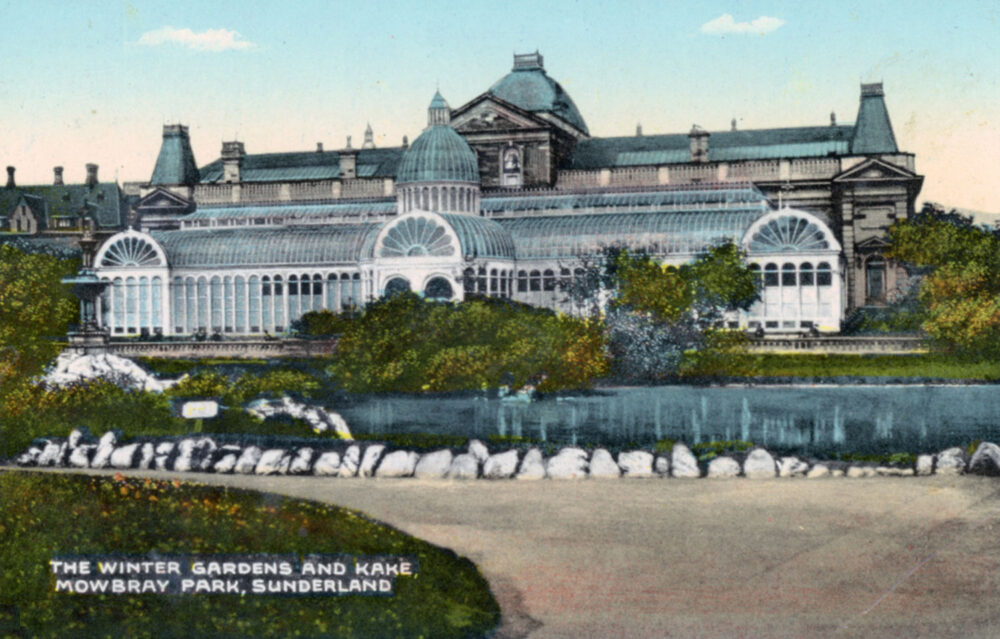 The first museum in Sunderland opened in 1810. It was a small, private museum housed in one room, the collection was mainly natural history specimens ; 72 birds, 12 fish, and 427 minerals and fossils. Other items listed include Colonel Lilburne’s boots (which are still on display today in the Time machine gallery). . . . A number of years later a competition was held to design a building to house the ever growing collections. Local architects J & T Tilman won the contract and the purpose built museum, art gallery, library and Winter Gardens opened in 1879. The foundation stone was laid by the Mayor on 24 September 1877 in the presence of ex- president of the USA General Grant.
Sunderland Museum and Winter Gardens

The museum opened in November 1879. The library and natural history collections were on the ground floor, and the antiquities and art gallery on the first floor. The Winter Garden is the glass structure at the back of the building, which when opened featured exotic plants and birds, with goldfish in the pond. The original Winter Garden was based on Caxton’s design for Crystal Palace in London. . . . Extensive bomb damage during the Second World War destroyed the original winter garden and much of the back of the museum. It was gradually rebuilt.
Seagull City