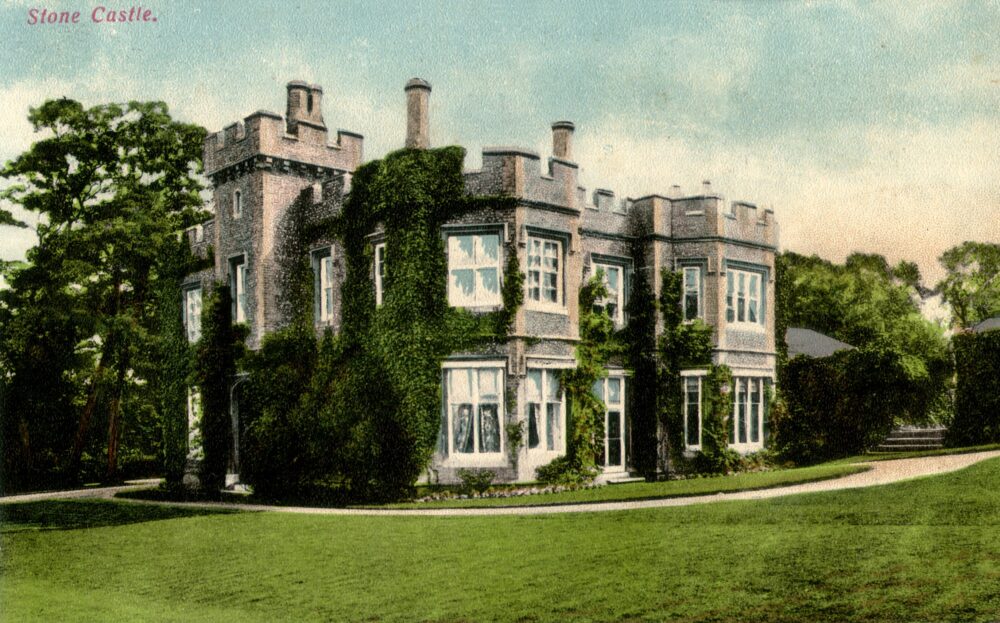 Mediaeval and circa 1825. In the south-east corner of the building is a mediaeval, probably late C12, square tower of 3 storeys faced with knapped flints with some stone quoins. Parapet over it. Two arrow slit windows in the north wall and a circular stair turret. The other windows are modern. To the north-west of this is a house of circa 1825 which was altered by Henry Hakewill (died 1830).
Historic England

Stone Castle is located in the village of Stone, 10 km away from Gravesend. Dating from the mid 11th century, the castle was thought to have been built without licence during the reign of King Stephen, but later allowed to remain by Henry II on his accession to the throne. In 1165 Thomas A Becket stopped at Stone Castle on his way to Canterbury. It is believed that the castle fell into disrepair and was rebuilt in the 13th century. . . . In 1660 the Stone Castle changed owners again when it became the property of Dr Thomas Plume, Arch Deacon of Rochester. The existing house was built onto the old tower in 1825 and further extended 13 years later.
Castles and Palaces of the World