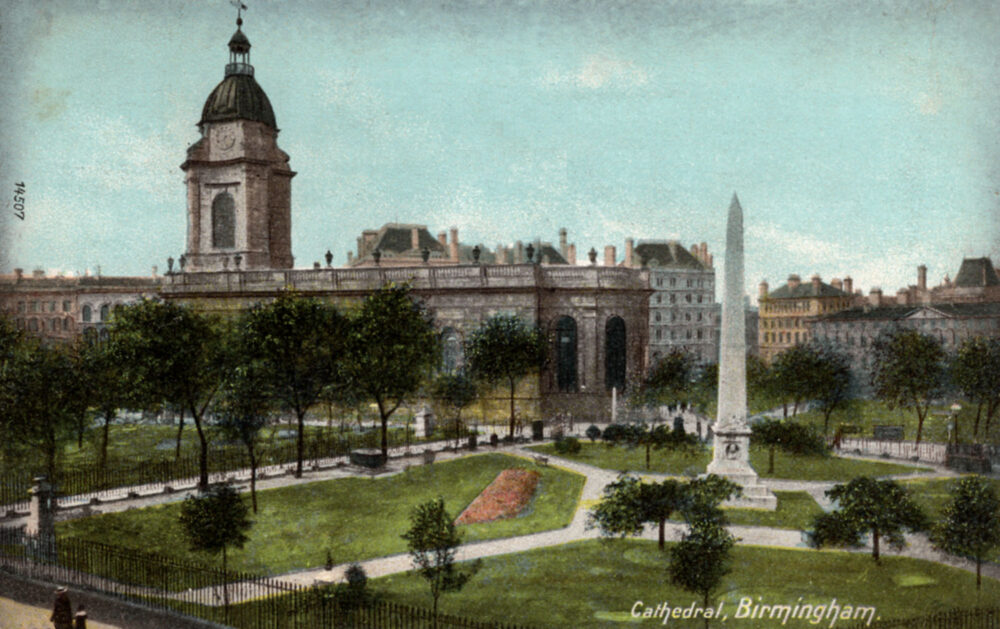 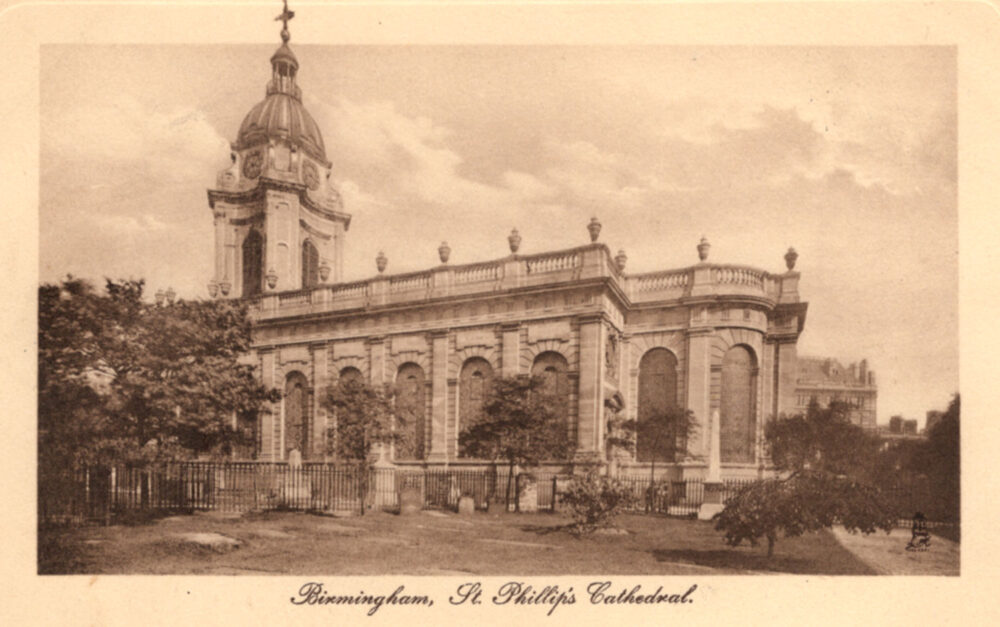 Birmingham, St Phillip’s Cathedral.
On back:
St Phillip’s Church. The Cathedral of Birmingham was erected in 1710 and enlarged in 1874. It contains some beautiful stained glass windows designed by Sir E. Burne-Johns, who was a native of this city.
c.1910
Publisher: Raphael Tuck & Son