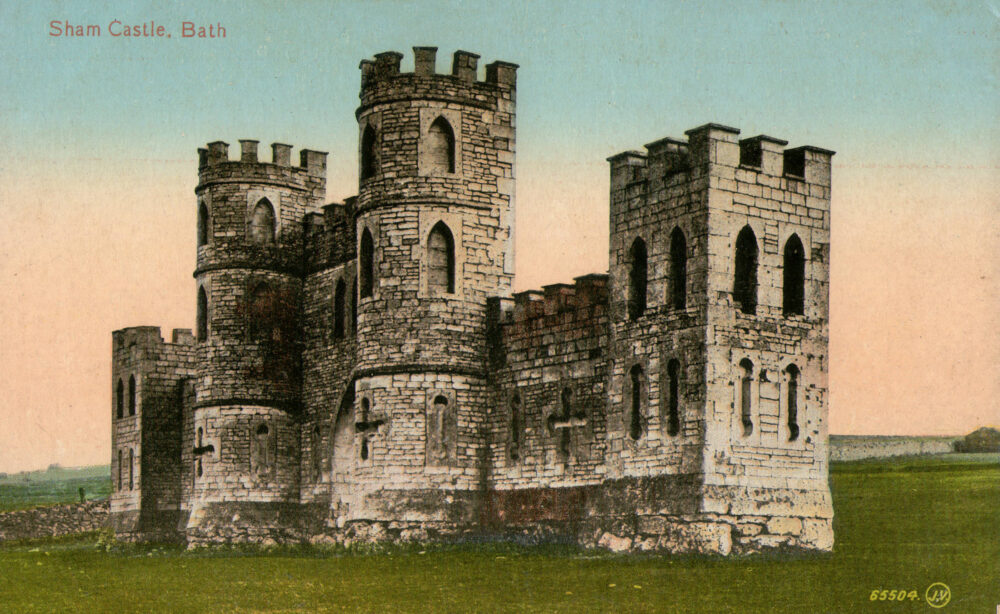 The perfectly named stone edifice was originally built to improve the view from a wealthy postmaster’s nearby estate. The towering wall was erected in 1762 using stones from some quarries located in nearby Bath that the postmaster had also purchased, allowing the fake castle to pull double duty as an advertisement for the quality of the local rock as well. While it is called a “castle,” the facade is simply a single wall with ornate windows and iconically medieval towers on the front side. The back side of the wall is almost hilariously blank as the sham was clearly only built to be seen from one side.
Atlas Obscura