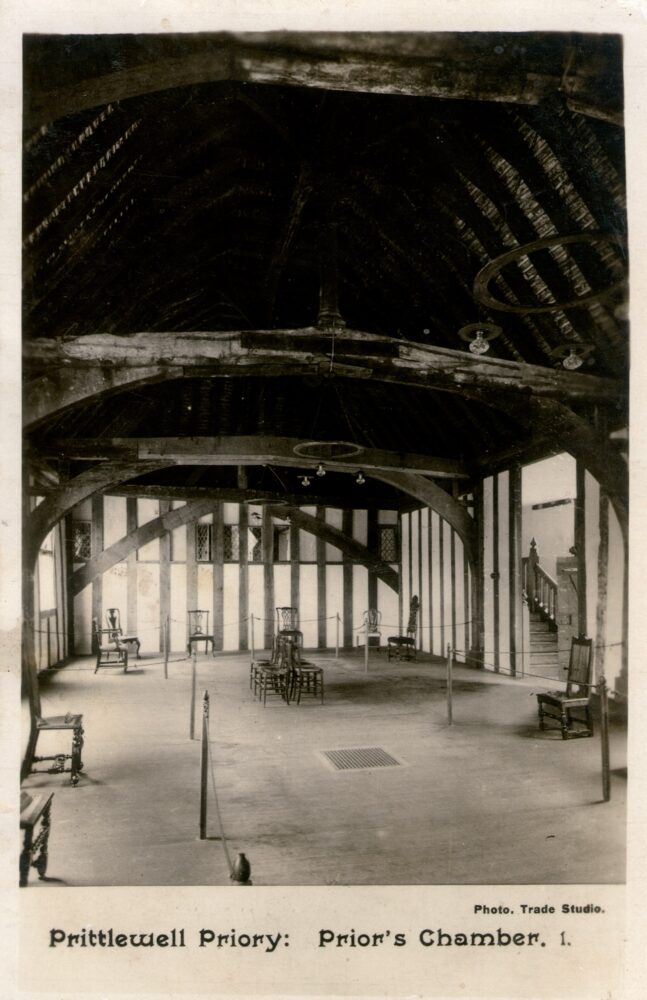 Prittlewell Priory was founded by the Cluniac Order in the early 12th century as a cell to the Priory of St Pancras at Lewes, Sussex. It was one of the lesser monasteries housing not more than 18 monks. In 1536 much of the building was destroyed and what remained was much altered during the 18th Century. Alterations were made again in the early 20th Century, when the Refectory was restored and partly rebuilt. A number of original features do survive, including a 12th Century doorway with chevron and dog tooth ornamentation.

After the Dissolution the Priory was a private residence and it was granted to Lord Chancellor Audley, who conveyed it to Robert, son of Lord Rich. It afterwards passed with the manor to various families. The last family to live there, the 19th Century Scrattons, are explored in an exhibition inside the house. In 1917 the building was purchased by Robert Jones, and in May 1922 it opened as Southend’s first museum.
Southend Museums

Southends on sea is a rather built up area today and as far as history goes it is not that old. However not far from Southends town centre lies a park which has been around for 900 years and is the oldest building in Southend which has been continually occupied. Prittlewell Priory has existed since the 12th Century and the land, which now makes up the park, was once all owned and managed by the Clunic monk s who resided there, mainly, in silence. Only parts of the original priory exist today in the form of a very small but informative museum. The Priory grounds are still accessible to all members of the public including the ponds which the Monks used to fish themselves, the refectory, priory chamber, cellar, a 12th century doorway with chevron and dog tooth ornamentation and parts of the wall.
For The Love Of History

The first religious building at Prittlewell, a small wooden oratory, was replaced by a stone church around 1150. This was partly excavated in the 1920s and its outline, 50m-60m in length with an apsidal chancel and side chapels to the south, can still be traced from exposed sections of the foundations which remain on display within the lawns to the north east of the museum. The priory range was enlarged from 1180 onwards with the refectory, chapter house, dorter (monks’ dormitory) and other buildings arranged around the cloister garth at this time. The Priory Museum (a Grade I Listed Building which is excluded from the scheduling, although the ground beneath is included) retains substantial elements of the priory range – principally the 12th century refectory and 14th century prior’s chambers which, respectively, formed parts of the southern and western arms of the claustral range. The 14th century prior’s chamber, built from local septaria and chalk rubble (mostly refaced with brick in the 19th century) retains an original crown post roof and overlies earlier cellars.
Historic England