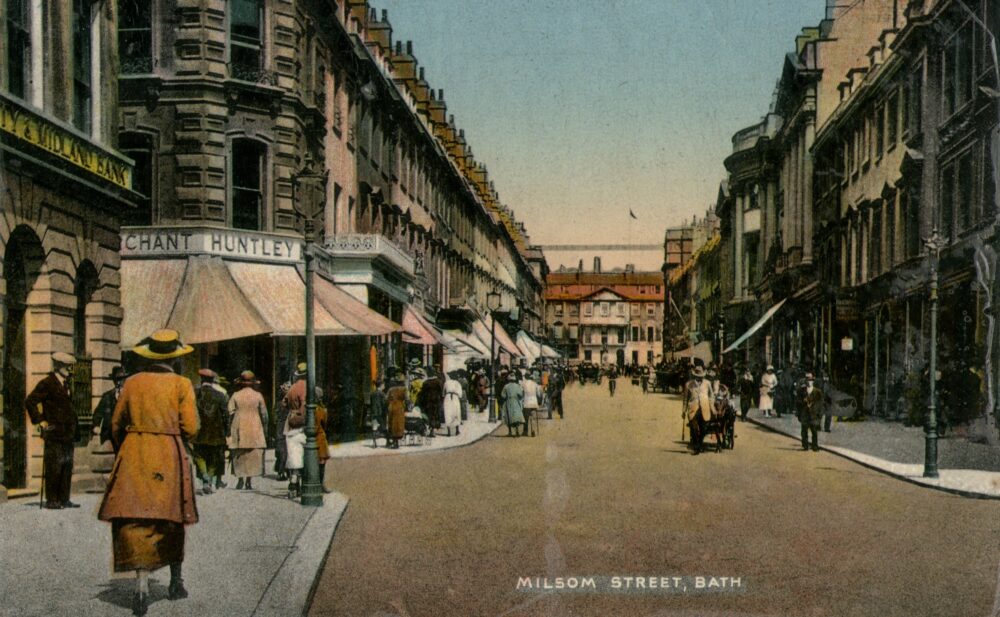 Milsom Street in Bath, Somerset, England was built in 1762 by Thomas Lightholder. The buildings were originally grand town houses, but most are now used as shops, offices and banks. Most have three storeys with mansard roofs and Corinthian columns.
Wikipedia.

Milsom Street was the fashionable shopping street in Bath: “Do you know I saw the prettiest hat you can imagine in a shop window in Milsom Street just now,” enthuses a friend of Catherine Morland, Jane Austen’s heroine in ‘Northanger Abbey’. It was also a fortuitous street for chance meetings: “in walking up Milsom Street, she had the good fortune to meet with the Admiral. He was standing by himself at a printshop window, with his hands behind him, in earnest contemplation of some print…”
British Library Online Gallery