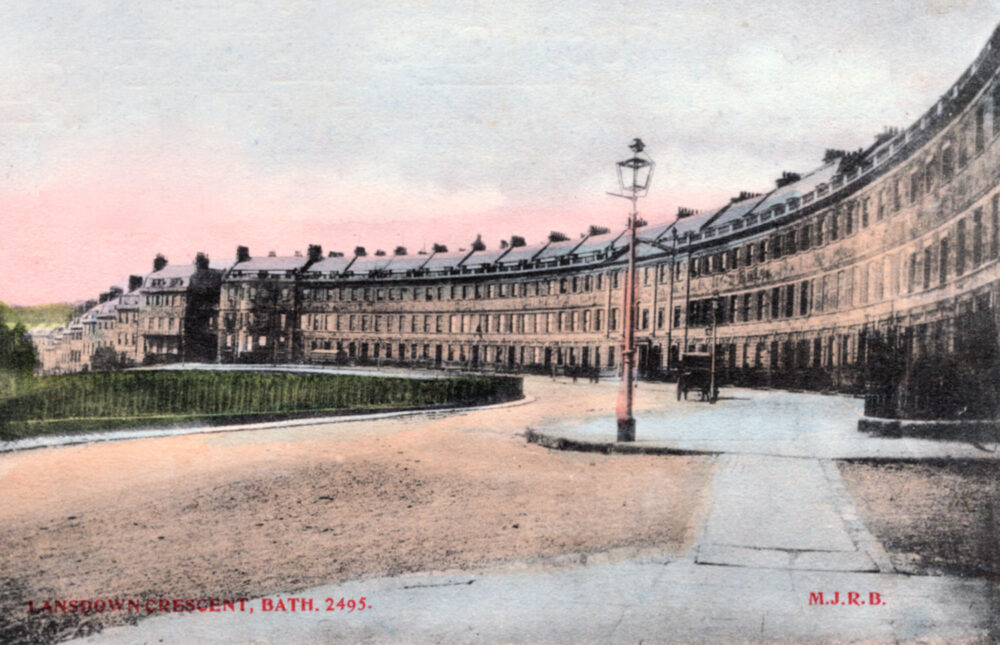 Lansdown Crescent is a well-known example of Georgian architecture in Bath, Somerset, England, designed by John Palmer and constructed by a variety of builders between 1789 and 1793. The buildings have a clear view over central Bath, being sited on Lansdown Hill near to, but higher than, other well-known Georgian buildings including the Royal Crescent, St James’s Square, Bath and The Circus, Bath. It forms the central part of a string of curved terraces, including Lansdown Place East and West, and Someset Place, which were the northernmost boundary of the development of Georgian Bath.

The crescent was laid out by John Palmer who ensured that the three-storey fronts of the buildings were of uniform height and had matching doors and windows. The attic rooms are under a parapet and slate mansard roof. Other builders were then able to construct the houses behind the facade. The commission was from Charles Spackman, leading to the original name of the terrace being Spackman’s Buildings. . . . The crescent, which is a grade I listed building, comprises 20 houses, each originally having four floors together with a basement and sub-basement levels below ground.
Wikipedia