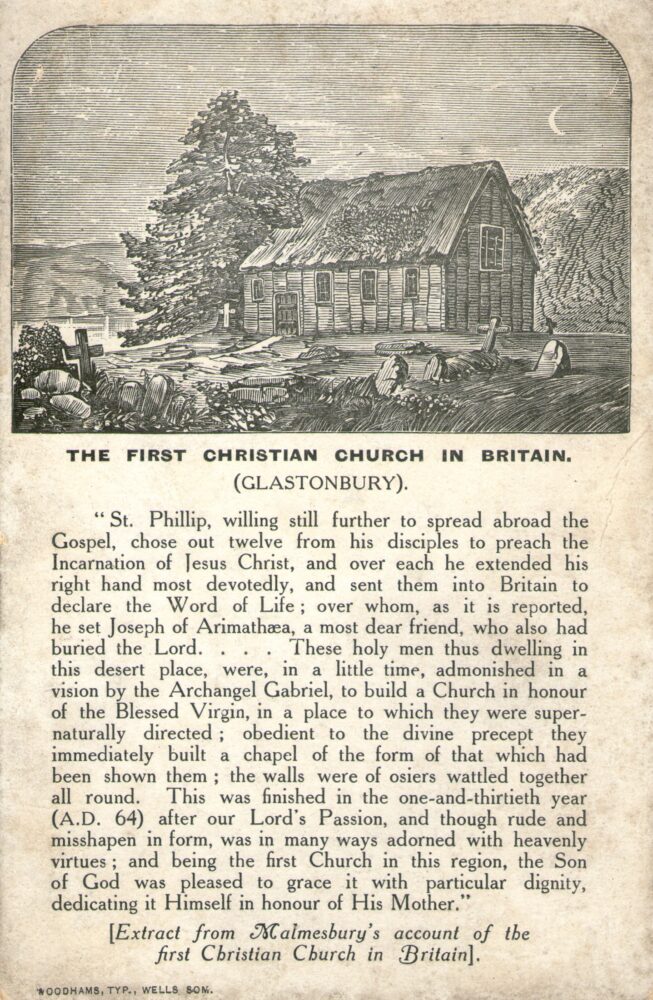 Text reads:
THE FIRST CHRISTIAN CHURCH IN BRITAIN.
(GLASTONBURY)
“St. Phillip, willing still further to spread abroad the Gospel, chose out twelve from his disciples to preach the Incarnation of Jesus Christ, and over each he extended his right hand most devotedly, and sent them into Britain to declare the Word of Life ; over whom, as it is reported, he set Joseph of Arimathaea, a most dear friend, who also had buried the Lord. . . . These holy men thus dwelling in this desert place, were, in a little time, admonished in a vision by the Archangel Gabriel, to build a Church in honour of the Blessed Virgin, in a place to which they were supernaturally directed ; obedient to the divine precept they immediately built a chapel of the form of that which had been shown them ; the walls were of osiers wattled together all round. This was finished in the one-and-thirtieth year (A.D. 64) after our Lord’s Passion, and though rude and misshapen in form, was in many ways adorned with heavenly virtues ; and being the first Church in this region, the Son of God was pleased to grace it with particular dignity, dedicating it Himself in honour of His Mother.”
[Extract from Malmesbury’s account of the first Christian Church in Britain]. 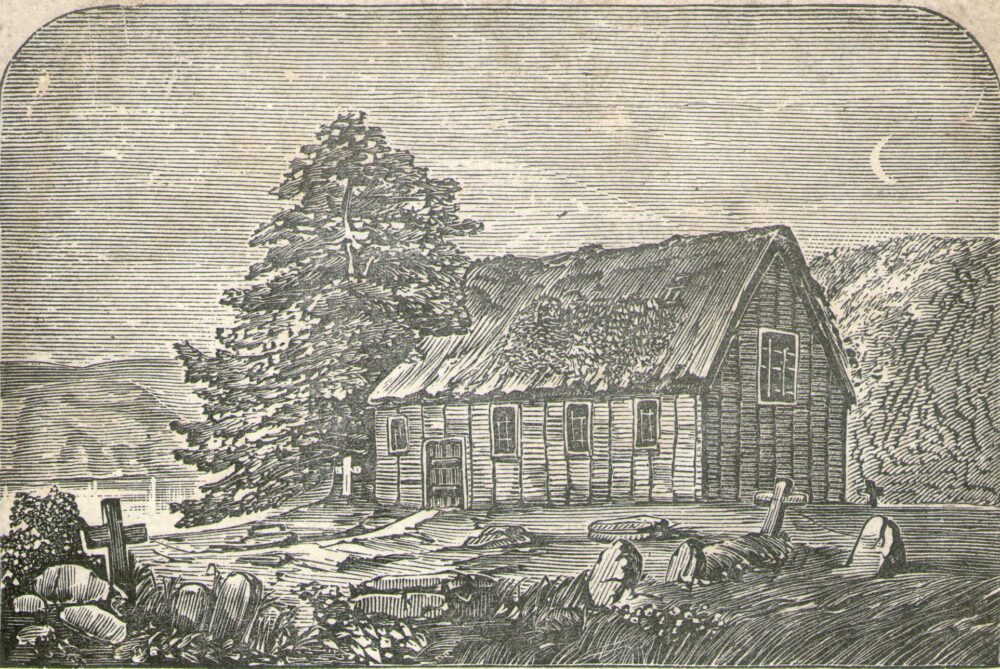