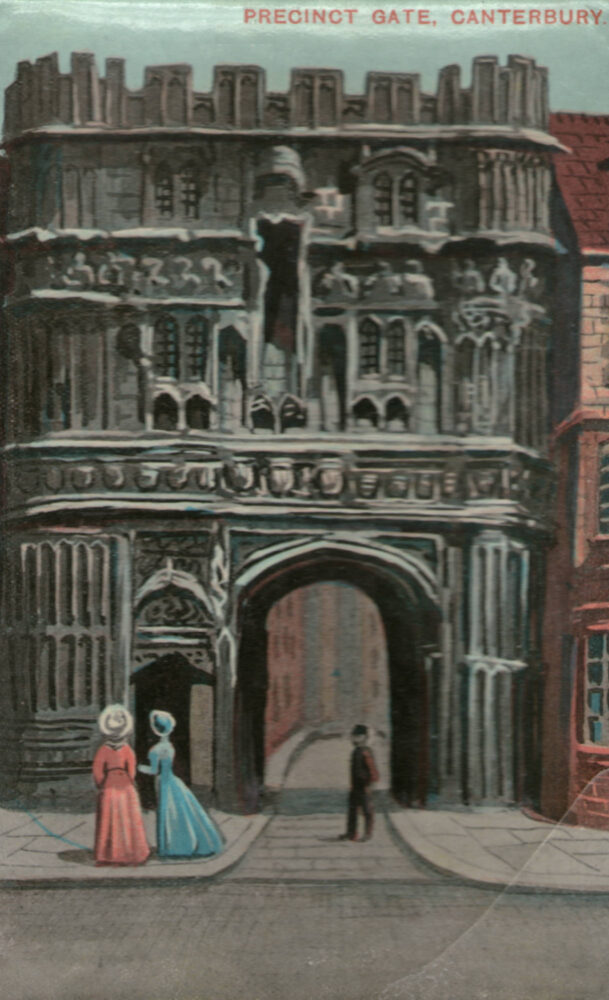 The gateway was built in 1517 under the auspices of Prior Goldston II, and was restored by Caroe in the 1930’s. It is a square building 19 feet across, in Perpendicular style, with octagonal turrets and is much loftier than the Norman gateways. Lierne-vaulted ground floor entered through a wide four-centred arch and a foot-arch. Rooms on two storeys above the vault of the gate. The lower floor has bands of shields on quatrefoils, the upper floor has half-legnth angels carrying shields. The heraldic shields commemorate Prince Arthur, the eldest son of Henry VII who died in 1502. The large wooden doors are of seventeenth century date.

The gate stands on the spot of a much earlier gateway which is known for a document dated 1257 records a dwelling opposite to the Church Gate of that period, and is said to have been the old gateway to the cemetery.
Kent County Council

The Norman gateway was built in 1517 by Prior Goldstone. The christ figure and the original gates were destroyed in 1642(48) *Richard Culmer. The original turrets were taken down in 1830. The carving and artwork of the gate was restored in 1932/33 and the turrets rebuilt in 1937
(“the battlements were removed in the present centery to allow some residents in the vicinity to see the time by the Cathedral clock.”)
Historic Canterbury

In 1642–1643, during the English Civil War, Puritan iconoclasts caused significant damage during their “cleansing” of the cathedral. Included in that campaign was the destruction of the statue of Christ in the Christ Church Gate and the demolition of the wooden gates by a group led by Richard Culmer. The statue would not be replaced until 1990 but the gates were restored in 1660 and a great deal of other repair work started at that time; that would continue until 1704. . . . The original towers of Christ Church Gate were removed in 1803 and were replaced in 1937. The statue of Christ was replaced in 1990 with a bronze sculpture of Christ by Klaus Ringwald.
Wikipedia.

The main visitor entrance to Canterbury Cathedral precinct is through this highly decorated gateway, which was originally built to celebrate the marriage of Arthur, Prince of Wales, to Catherine of Aragon in 1502. Arthur, unfortunately, died a few months later, and the gate was not finished for another 20 years.
It was worth the wait, however, as Christ Church Gateway is an extraordinary monument; it is highly embellished and decorated with heraldic motifs, including coats of arms and mythical beasts.At the centre, above the gateway arch, is a very large figure of Christ. This is a modern statue, replacing the original statue which was damaged during the Civil War by Parliamentary troops. Apparently, the troops decided to use the statue for target practice, then, not content with the damage they had inflicted, attached ropes to the statue and pulled it down.
Britain Express 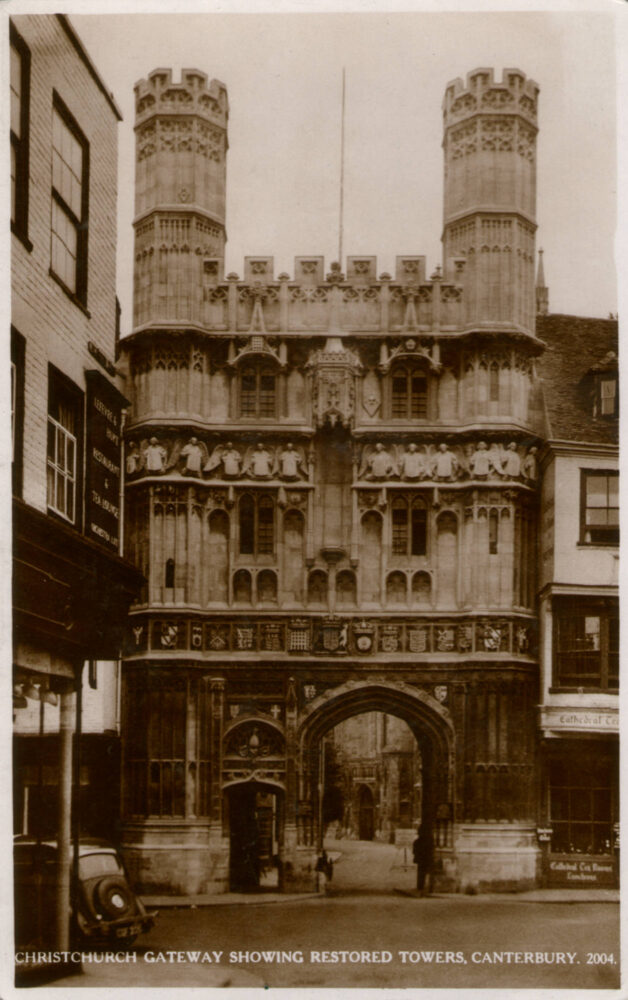 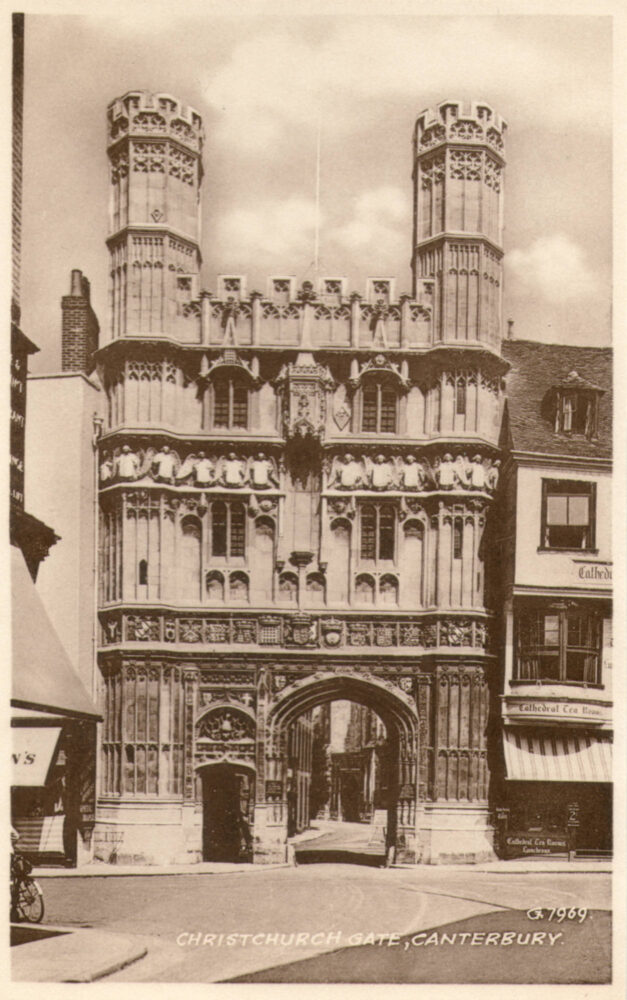