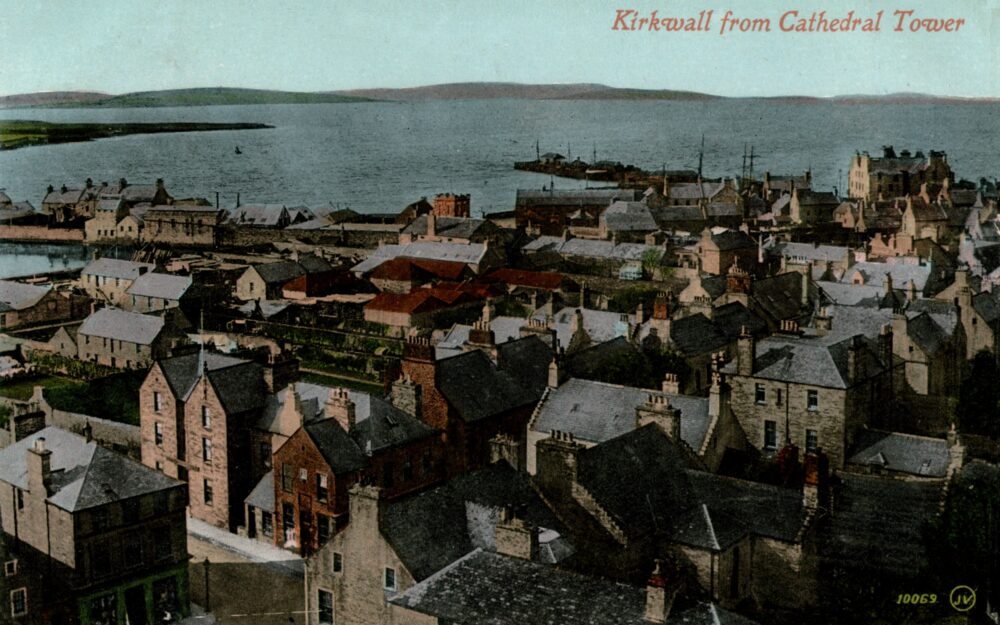 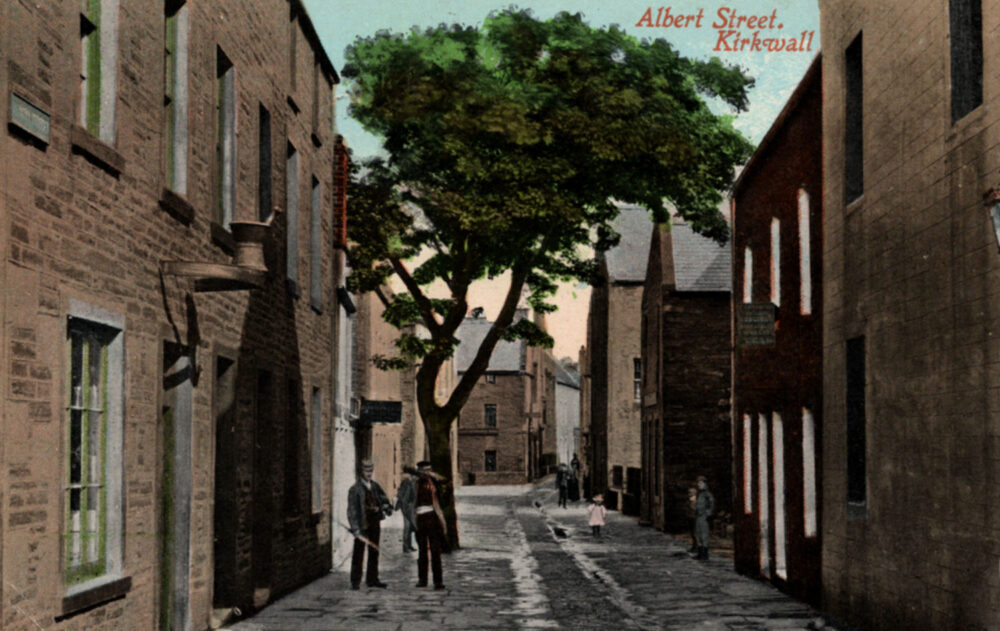 The Big Tree stands in Albert Street in Kirkwall and was planted by Robert Laing (1722 -1803) The Laings were prominent in the kelp industry and two sons Samuel and Malcolm became successful in politics and travel writing. As the kelp industry faded the Laing sold the property. The Big Tree originally stood with two others in the grounds of a grand house. So in 1870 the house was sold to a chemist who decided to fell two trees. This caused a public outcry, which saved the third. The Council bought the tree for £5 and pledged to look after it. As Kirkwall grew, the Big Tree eventually found itself in a street rather than a garden.
Orkney Museum: The Big Tree, Tree of the Year Award Winner 2017 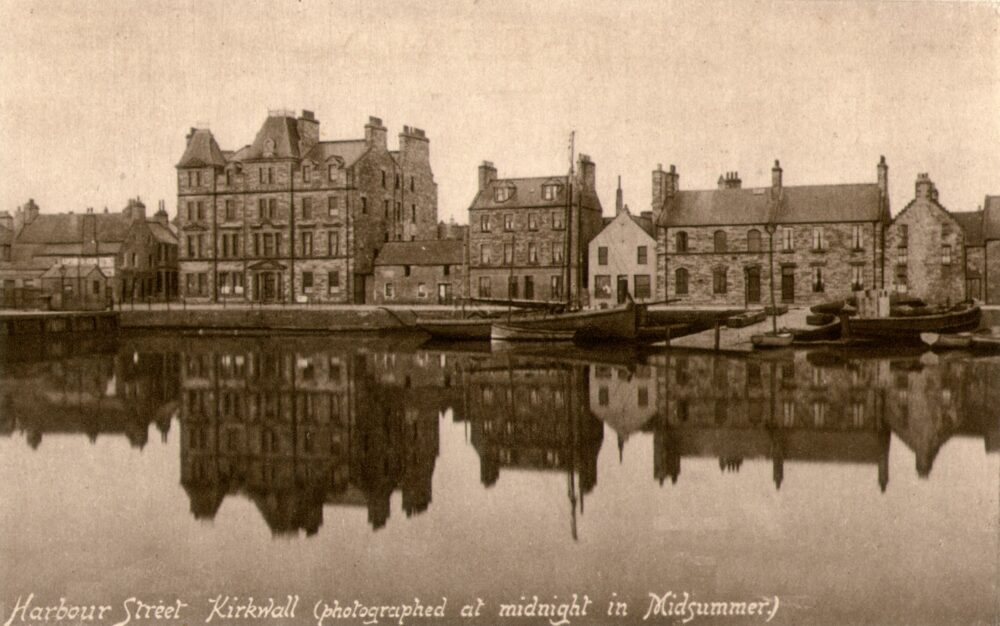 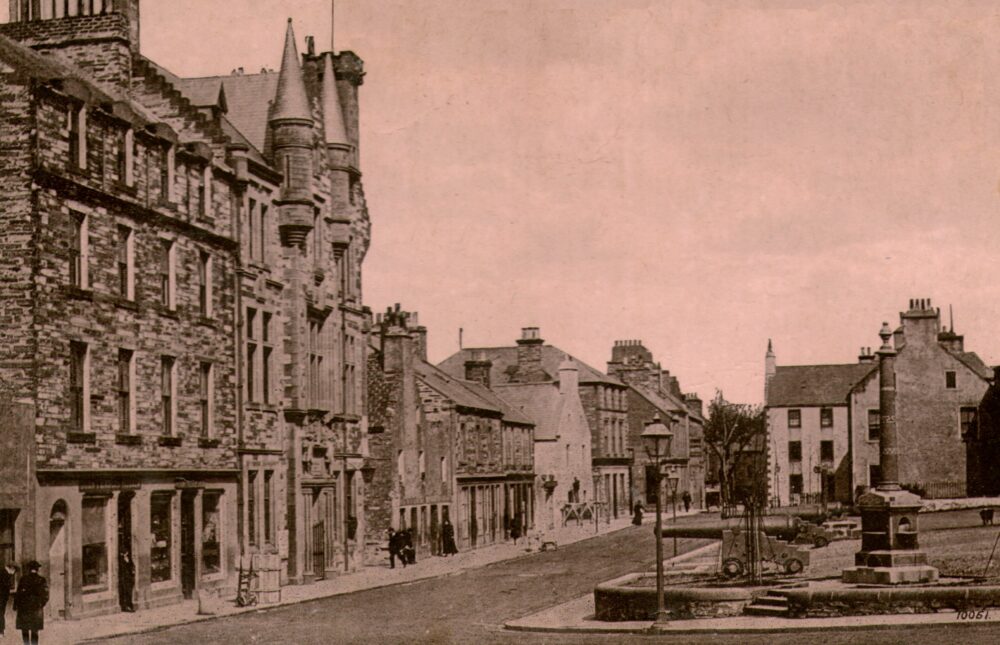 Broad Street, Kirkwall
(at top of card, cropped out due to damage)
c.1910
Publisher: Valentine