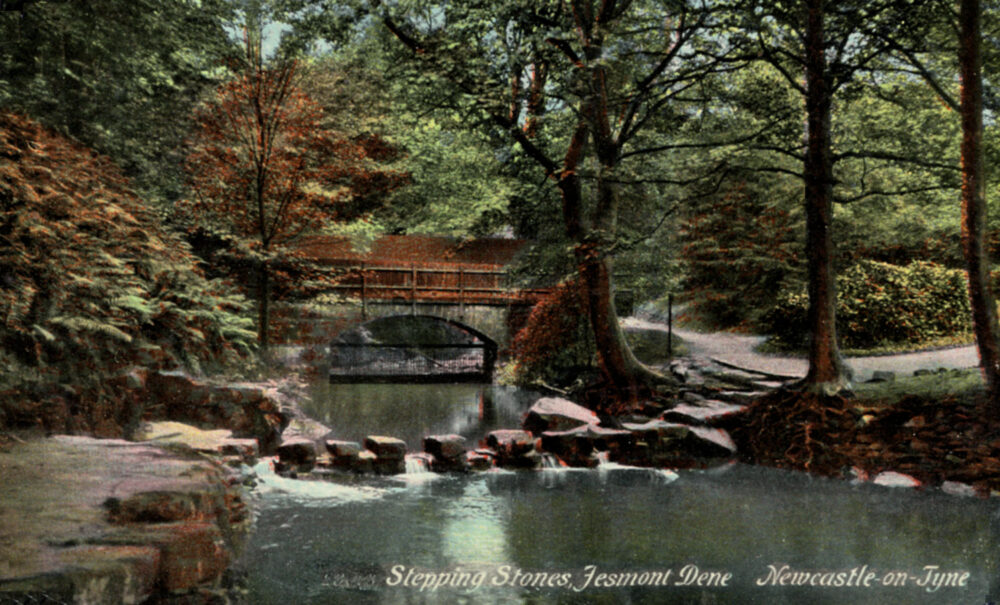 Jesmond Dene is the jewel in the crown of Newcastle’s parks and green spaces. The Dene is packed full of historic and natural features and masses of wildlife, flowers and ancient woodland for everyone to enjoy. The River Ouseburn was used to power the mills of the industrial revolution. You will find evidence of the area’s industrial heritage within the Dene today. By 1862 William Armstrong had purchased most of the Dene and had built his house (Jesmond Dene House) and transformed the dene into his private garden, creating waterfalls, a grotto and planting many exotic trees and shrubs. In 1883 Armstrong gifted his garden back to the people of Newcastle and it was officially opened to the public in 1884. . . . Jesmond Dene is an ancient woodland and of geological interest. The dominant tree species are English, with a mix of exotic species. Wildlife can be found in abundance – with otters, kingfishers and dippers known to have breeding sites on the river.
Urban Green, Newcastle

Turning left, we descend into a quarry which on a fine summer’s day is a veritable suntrap. The quarry, shown as Blaeberry Crags on earlier maps, was worked for sandstone which is of a very high quality and is said to have made grindstones which were shipped all over the world. Leaving the quarry by the lower path we can see on our left, high in the bankside a seam of coal – not of very high quality, but a reminder of the number of small drift mines once along the bank of the Ouseburn. From here we rejoin the Ouseburn and keeping to the left bank, pass North Lodge, with stepping stones directly in front, and continue to Jesmond Dene Waterfall with its bridge and ruined mill. The Waterfall, an awe-inspiring sight when in full spate, was constructed in the late 1800s by the then Lord Armstrong to provide a more picturesque view. Below it stands the old Water Mill, one of many mills which bordered the Ouseburn in years past.
Jesmond Dene