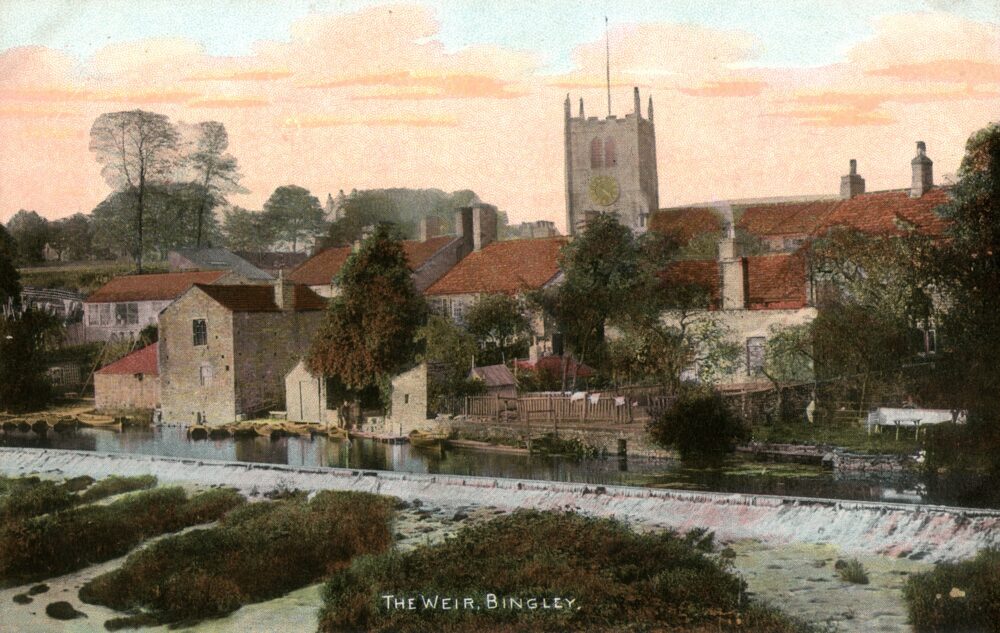 (The building to the left of the postcard is different to the building shown in the street view and every other picture showing the weir I’ve been able to find. I can only assume it’s a much older picture used decades later on a postcard, until someone who knows something about Bingley happens past.)

A mill extended on the east bank for which a weir was built across the Aire. The water was then funnelled under the mill to power the works which started out as a Corn Mill, a forge and for much of the 20th century was a fat refinery. The mill was demolished in 1984 and the site has now been replaced by housing.
Wikipedia (Ireland Bridge)

The now unused mill race flows under the Northern end of bridge. Here it now serves a pool and weir fish passes to allow fish to cross the weir.
Aire Rivers Trust