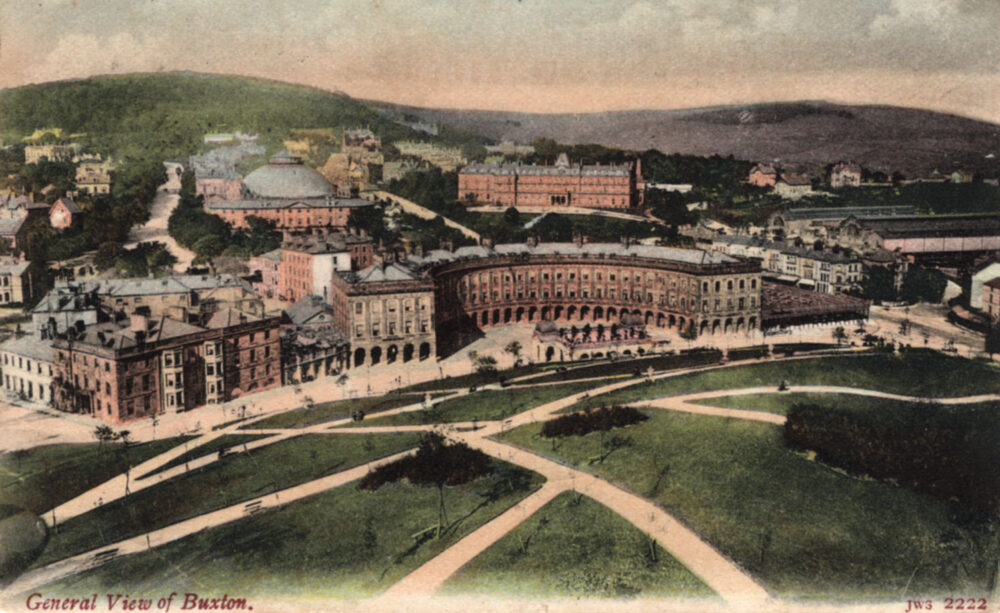 One thousand feet up in the clouds (OK, drizzle), with barely a street not at a 45-degree angle, Buxton is a town built like a fitness class. Work that body. It’s been a spot encouraging the restitution of health for centuries. The Romans spotted the Jacuzzi-warm water bubbling out of the hills, awfully good for settling the tum; but it was the Georgians who turned Buxton into the Bath-of-the-north, with columns, crescents, domes and, if they’d been invented then, neoclassical hot tubs, too.
The Guardian: Let’s move to Buxton, Derbyshire: it’s good for mind, body and soul

Built on the River Wye, and overlooked by Axe Edge Moor, Buxton became a spa town for its geothermal spring, which gushes at a steady 28 °C. The spring waters are piped to St Ann’s Well, a shrine since medieval times at the foot of The Slopes, opposite the Crescent and near the town centre. The well was called one of the Seven Wonders of the Peak by the philosopher Thomas Hobbes in his 1636 book “De Mirabilibus Pecci: Being The Wonders of the Peak in Darby-shire”. The Dukes of Devonshire became involved in 1780, when the William Cavendish, 5th Duke of Devonshire used profits from his copper mines to develop it as a spa in the style of Bath. Their ancestor Bess of Hardwick had brought one of her four husbands, the Earl of Shrewsbury, to “take the waters” at Buxton in 1569, shortly after he became the gaoler of Mary, Queen of Scots, and took Mary there in 1573. She called Buxton “La Fontagne de Bogsby” and stayed at the site of the Old Hall Hotel. The area features in the works of W. H. Auden, Jane Austen and Emily Brontë. Buxton’s profile was boosted by a recommendation from Erasmus Darwin of the waters there and at Matlock, addressed to Josiah Wedgwood I. The Wedgwood family often visited Buxton and commended the area to their friends. Two of Charles Darwin’s half-cousins, Edward Levett Darwin and Reginald Darwin, settled there. The arrival of the railway in 1863 stimulated growth: the population of 1,800 in 1861 exceeded 6,000 by 1881.
Wikipedia 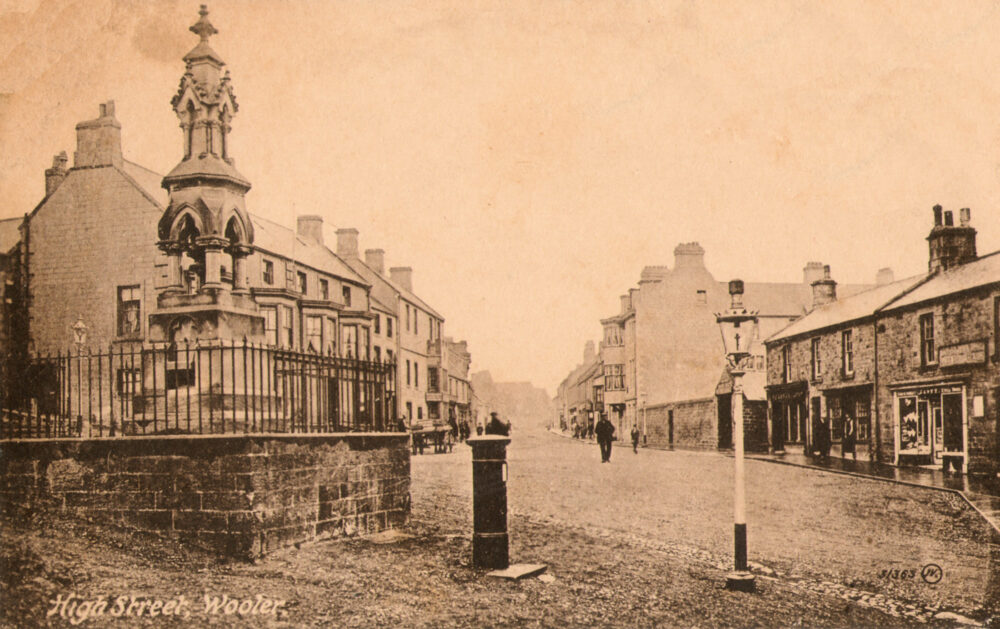 Situated only 6 miles east from the foot of Cheviot is the town of Wooler, an ancient market town and parish. It is 46 miles north-northwest of Newcastle and only 16 miles from Berwick, in Glendale, well known for its picturesque scenery of rolling hills and glens. Wooler is the only market town in Glendale, which was one of the Northumberland baronies created after the Norman conquest. . . . The town was burned down in 1722, and rebuilt to a better standard. By 1821 Wooler contained a population of 1830 people and 315 houses, and held weekly markets for the sale of grains, especially corn. There were also two annual markets held for the sale of sheep, horses and cattle. The surrounding area was at that time mostly agricultural, as it is today, with sheep farming carrying out an important role.
Northumberland Communities

All that remains of the old fountain is a commemoration stone which reads: ‘ This fountain was erected by public subscription in grateful acknowledgement of the many services rendered to this town and neighbourhood by the late William Wightman’. . . . William Wightman was clerk to the forerunner of Glendale Council and he was largely responsible for the laying on a proper water supply to Wooler in the late 1850’s, thus providing clean, safe drinking water to its inhabitants.
“Wooler fountain plan abandoned”, Northumberland Gazette 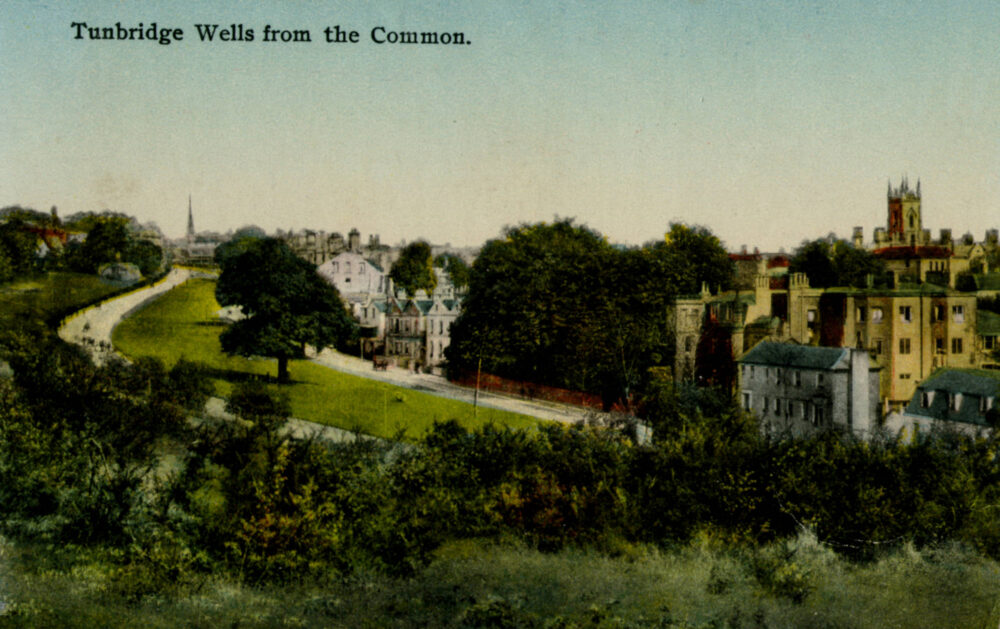 Tunbridge Wells from the Common

The two commons at Tunbridge Wells and Rusthall, linked by Langton Road, are managed by the Tunbridge Wells Commons Conservators, and funded by the Borough Council, ensuring free public access over 256 acres of hilly, often heavily wooded terrain with a large number of open spaces. These much-loved commons are famous for their large sandstone outcrops such as Toad Rock and Wellington Rocks, and also feature cricket grounds, lakes, ponds, woods, heathland and the remains of the old racecourse. They are hugely important in adding to the high quality of life that Tunbridge Wells is famous for. Having always played an important part in the history and development of Tunbridge Wells, a number of churches and Victorian buildings and pubs surround the commons, adding to its charm as the perfect place for a long walks, ball games and picnics. The commons was originally lowland heath with very little tree cover until the end of the 19th century, when grazing died out, and tree cover increased, obscuring some views over the commons.
Explore Kent

The town of Tunbridge Wells began with a chalybeate spring. Chalybeate means it contains iron. Rainwater fell on ground containing iron deposits, soaked through them then rose in a spring. The iron deposits in the spring water stained the ground around the spring a rusty colour. The spring stood by a common where local people grazed their livestock. In the early 17th century people believed that they would be healed from diseases if they bathed in or drank from certain spas. In the year 1606 a nobleman, Lord North, who was staying at Edridge was out for a ride. He came across the spring with rust-colored edges and wondered if it had health-giving properties. (At the time he was suffering from tuberculosis or some similar disease). He drank some of the spring water and was, he said, healed from his illness. When he returned to London he told all his rich friends about the spring and soon many people flocked to drink from it. After 1608 wells were dug and a pavement was laid but there were no actual buildings at Tunbridge until 1636. In that year 2 houses were built, one for ladies and one for gentlemen. In the late 17th century these developed into coffee houses. A coffee house was a place where you could drink coffee (a new drink at the time) or chocolate and read a newspaper.
Local Histories 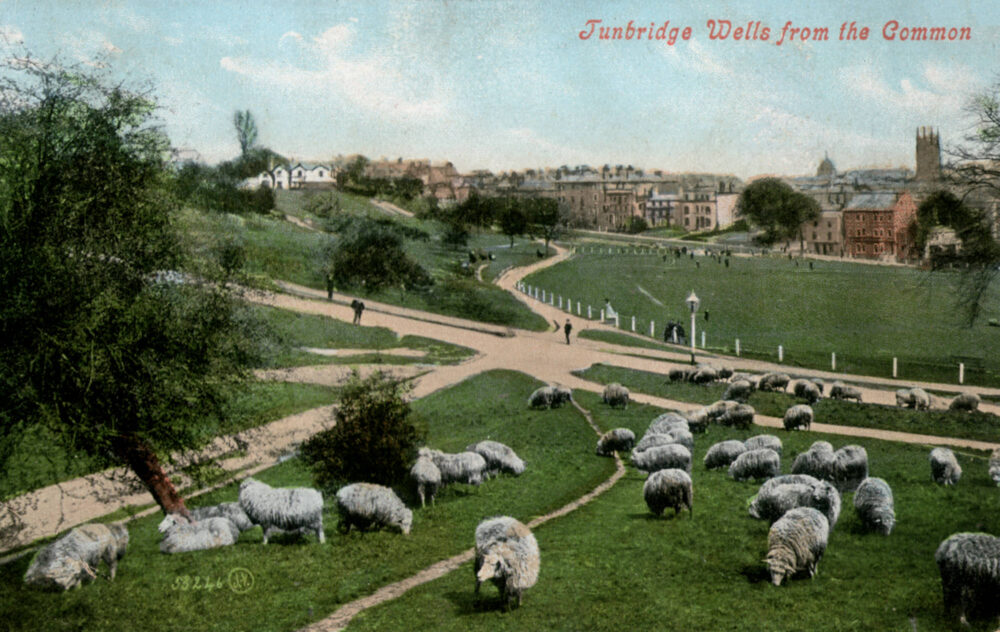 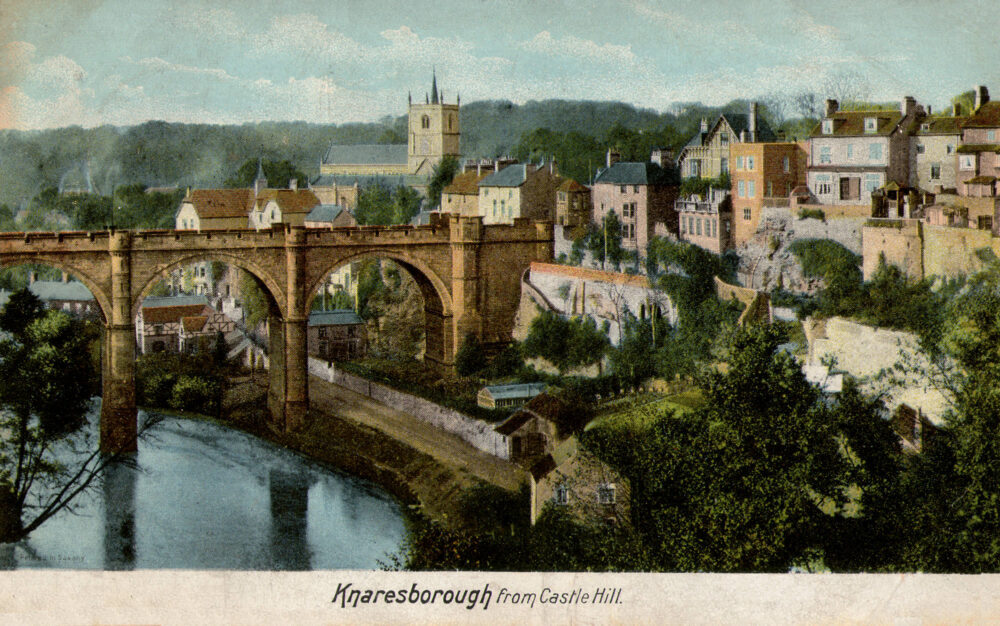 With its cobbled alleys, a once royal castle, annual bed race and the enduring curiosity of Mother Shipton’s Cave and its petrifying well, it is fair to say that Knaresborough is both charming and unique. Packed with history and character, the North Yorkshire market town is a hotbed for tourists – and no trip is complete without taking in its impressive viaduct.
Yorkshire Post

Knaresborough Viaduct is a viaduct in the North Yorkshire town of Knaresborough, England. The viaduct carries the Harrogate line over the River Nidd in the town. The viaduct was supposed to have opened in 1848, but the first construction collapsed into the river very near to completion, which necessitated a new viaduct and delayed the opening of the line through Knaresborough by three years.
Wikipedia.

Viaduct. 1851. Engineer Thomas Grainger for the Leeds and Thirsk Railway Gritstone. Approximately 100 metres long and 30 metres high, carrying 2 tracks on 4 arches. 2 central round arches span the river, the 2 flanking arches span the Long Walk (south bank) and Waterside (north bank). Round cut-waters carried up as buttresses with projecting bands and small half-towers at top. Embattled parapet. Work on the viaduct was begun in 1847, but the bridge collapsed in 1848. The replacement cost £9,803 to construct.
Historic England