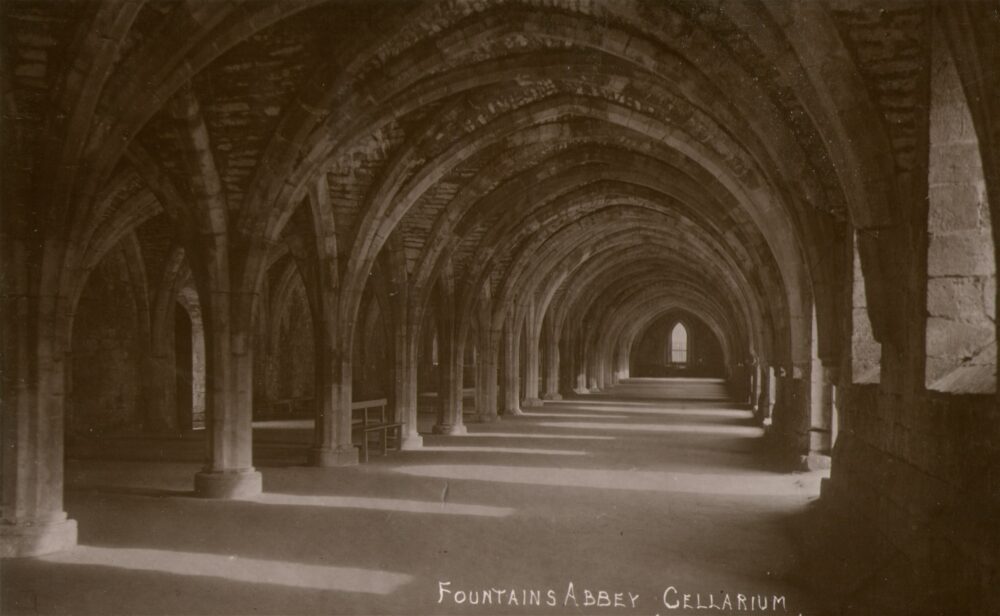 Founded in the 10th century, the ornate religious complex known as Fountains Abbey remained in active use for over 400 years and miraculously continues to stand in much its original form despite being denounced in the 1500’s.
Atlas Obscura

The original abbey church was built of wood and “was probably” two storeys high; it was, however, quickly replaced in stone. The church was damaged in the attack on the abbey in 1146 and was rebuilt, in a larger scale, on the same site. Building work was completed c. 1170. This structure, completed around 1170, was 300 ft (91 m) long and had 11 bays in the side aisles. A lantern tower was added at the crossing of the church in the late 12th century. The presbytery at the eastern end of the church was much altered in the 13th century.] The church’s greatly lengthened choir, commenced by Abbot John of York, 1203–11 and carried on by his successor, terminates, like that of Durham Cathedral, in an eastern transept, the work of Abbot John of Kent, 1220–47. The 160-foot-tall (49 m) tower, which was added not long before the dissolution, by Abbot Huby, 1494–1526, is in an unusual position at the northern end of the north transept and bears Huby’s motto: Soli Deo Honor et Gloria. The sacristry adjoined the south transept.

The cloister, which had arcading of black marble from Nidderdale and white sandstone, is in the centre of the precinct and to the south of the church. The three-aisled chapter-house and parlour open from the eastern walk of the cloister and the refectory, with the kitchen and buttery attached, and are at right angles to its southern walk. Parallel with the western walk is an immense, vaulted substructure serving as cellars and store-rooms, which supported the dormitory of the conversi (lay brothers) above. This building extended across the river and at its south-west corner were the latrines, built above the swiftly flowing stream. The monks’ dormitory was in its usual position above the chapter-house, to the south of the transept.
Wikipedia. 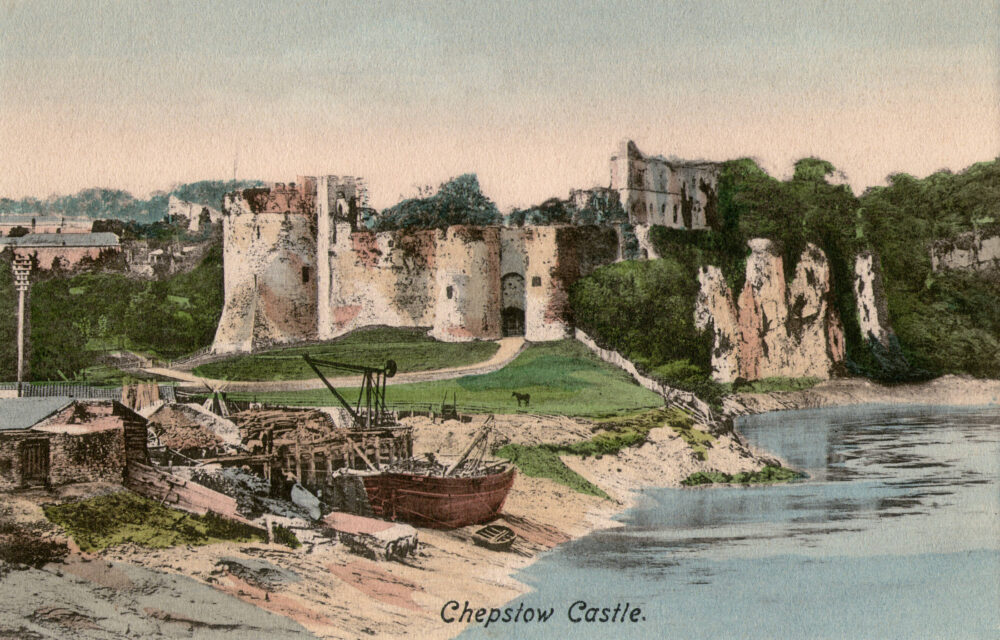 Chepstow Castle at Chepstow, Monmouthshire, Wales is the oldest surviving post-Roman stone fortification in Britain. Located above cliffs on the River Wye, construction began in 1067 under the instruction of the Norman Lord William FitzOsbern. Originally known as Striguil, it was the southernmost of a chain of castles built in the Welsh Marches, and with its attached lordship took the name of the adjoining market town in about the 14th century. In the 12th century the castle was used in the conquest of Gwent, the first independent Welsh kingdom to be conquered by the Normans. It was subsequently held by two of the most powerful Anglo-Norman magnates of medieval England, William Marshal and Richard de Clare. However, by the 16th century its military importance had waned and parts of its structure were converted into domestic ranges. Although re-garrisoned during and after the English Civil War, by the 1700s it had fallen into decay.
Wikipedia.

Building was started in 1067 by Earl William fitz Osbern, close friend of William the Conqueror, making it one of the first Norman strongholds in Wales. In turn William Marshal (Earl of Pembroke), Roger Bigod (Earl of Norfolk) and Charles Somerset (Earl of Worcester) all made their mark before the castle declined after the Civil War. These magnates and power-brokers were constantly on the move. Chepstow was just one residence in their vast estates – an impressive shell into which they would bring their gold and silver vessels, rich silk and brightly painted furniture.
Cadw 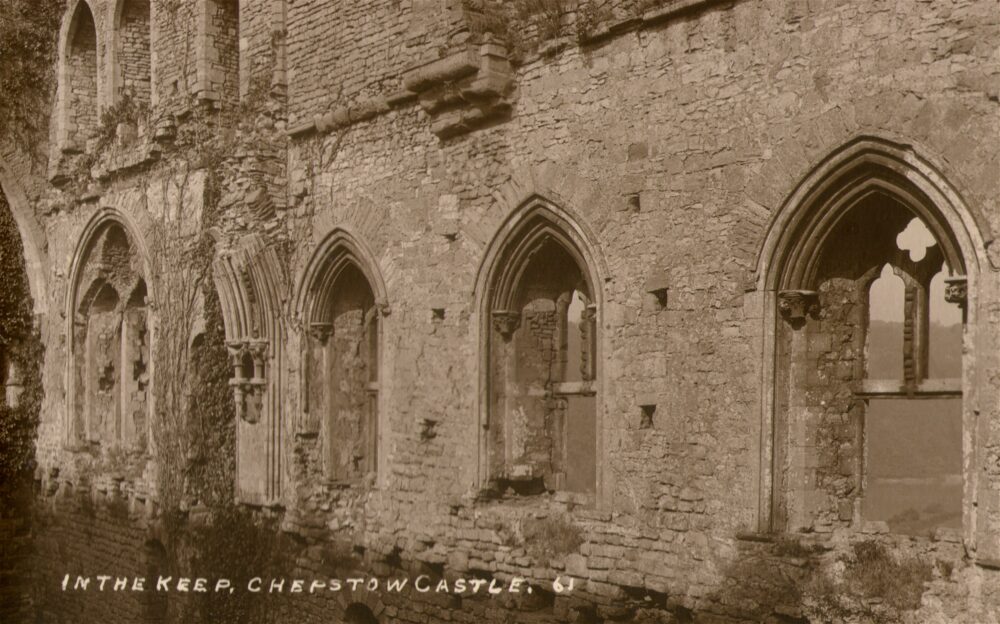 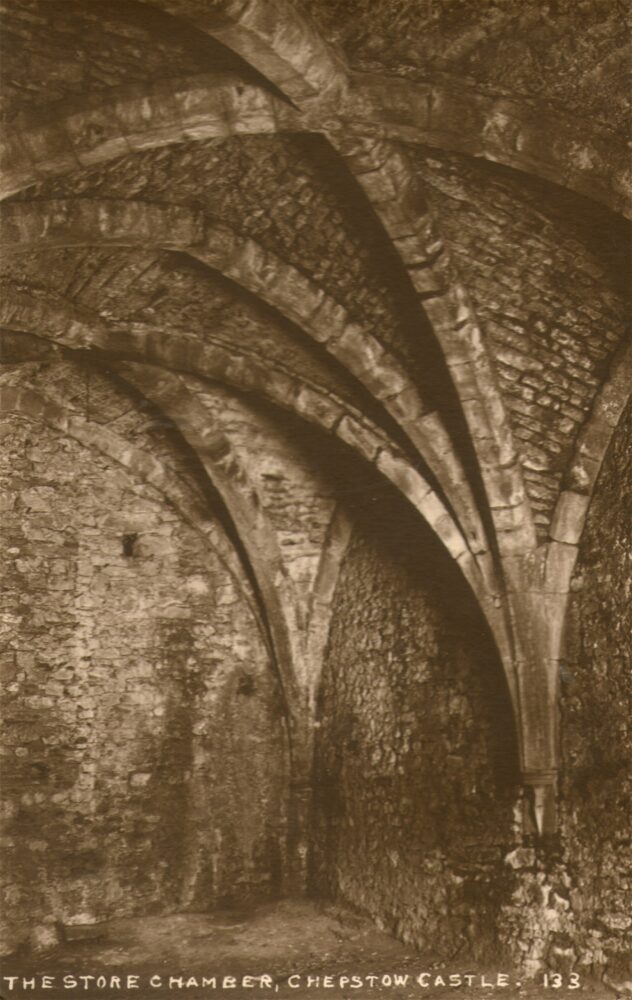