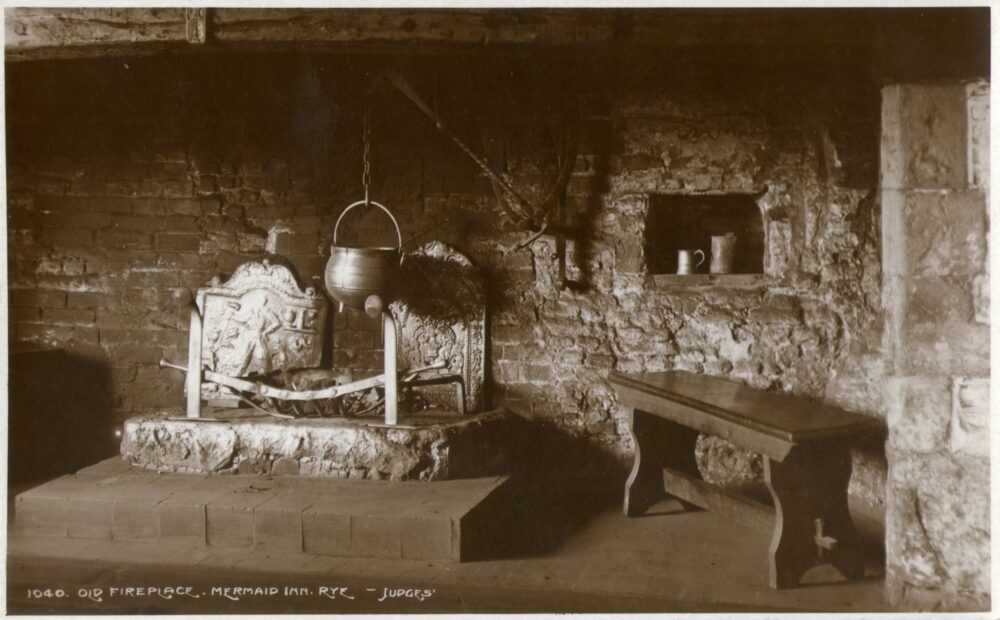 The Mermaid Inn is a Grade II* listed historical inn located on Mermaid Street in the ancient town of Rye, East Sussex, southeastern England. One of the best-known inns in southeast England, it was established in the 12th century and has a long, turbulent history. The current building dates from 1420 and has 16th-century additions in the Tudor style, but cellars built in 1156 survive.
Wikipedia. 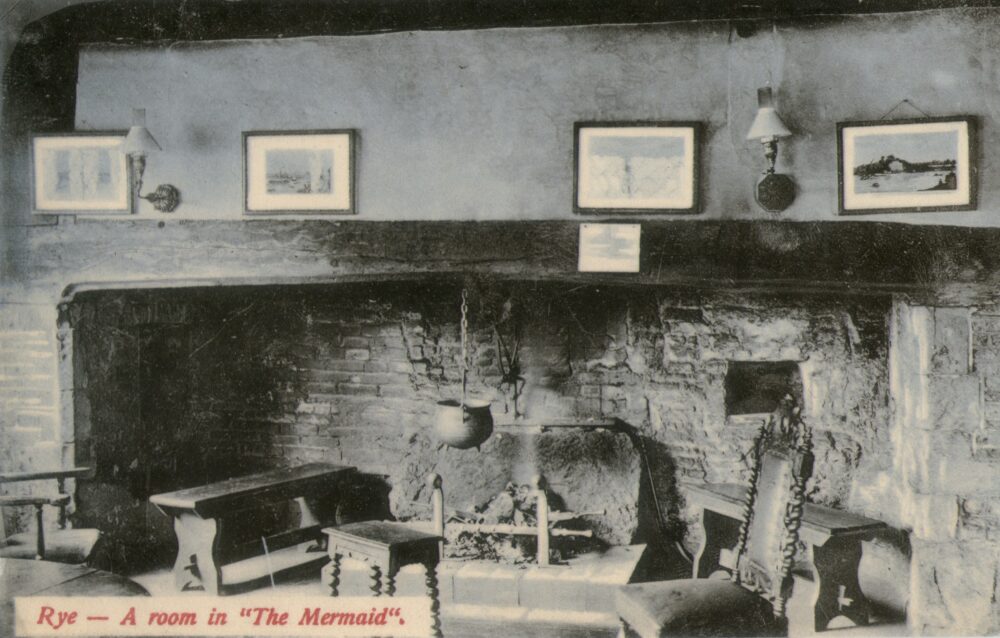 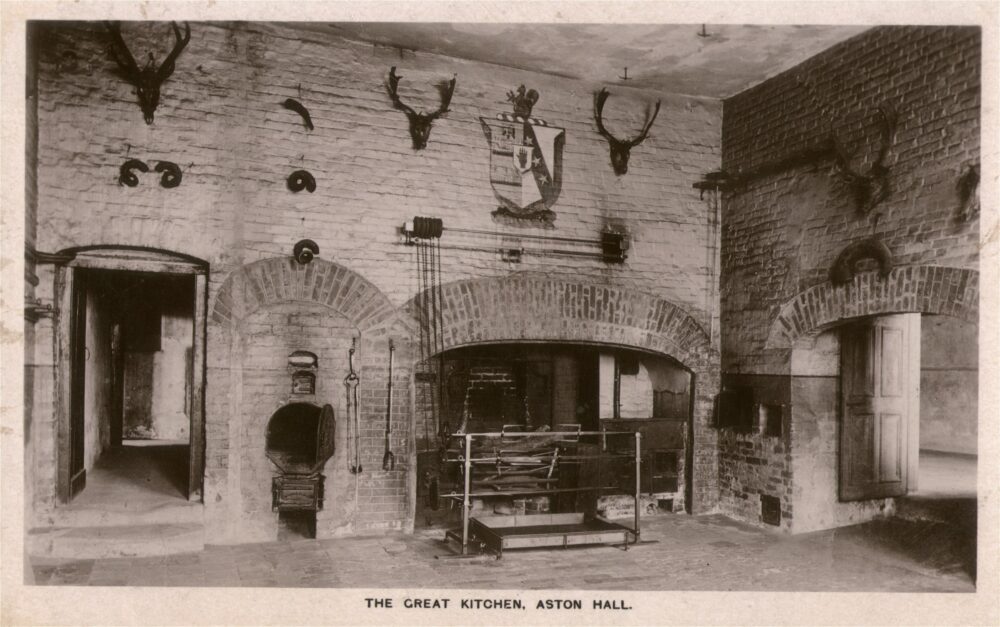 Aston Hall is a Grade I listed Jacobean house in Aston, Birmingham, England, designed by John Thorpe and built between 1618 and 1635. It is a leading example of the Jacobean prodigy house.
Wikipedia.

Kitchen
A single story extension to the original building. This area provided a much larger kitchen space for servants to use, and during James Watt Jr.’s residence included a steam kitchen range, most notably of which is the ‘smoke jack’. A steel spit uses the steam rising up the chimney to turn the spit, eliminating the need for a servant to turn the spit by hand.
Birmingham Museums 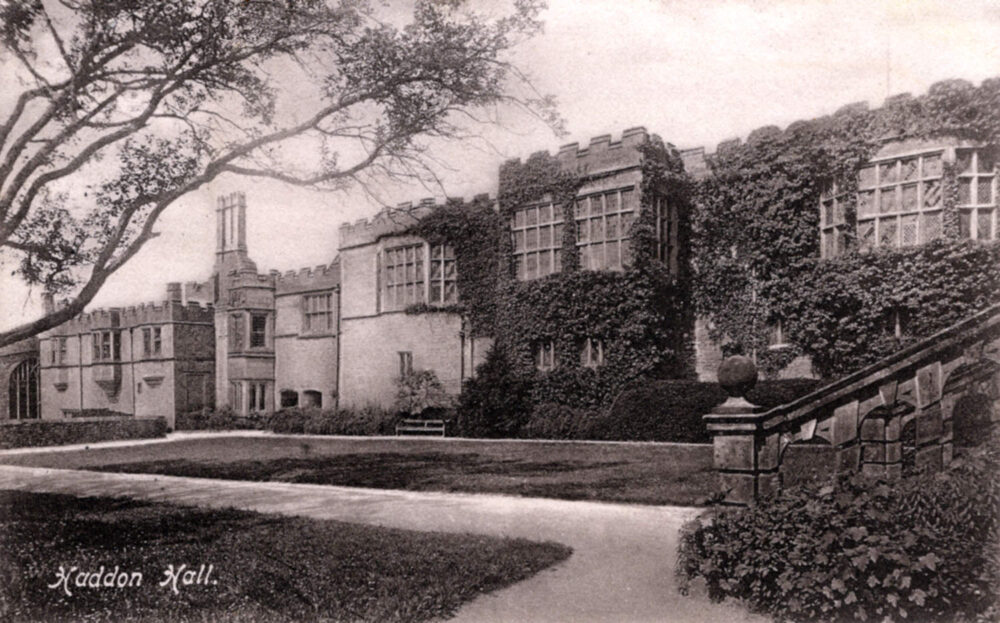 This delightful house was begun by Peveril, the illegitimate son of William the Conqueror (see Peveril Castle). Of that early fortress, almost nothing remains beyond some parts of the Eagle Tower and the Chapel. Peveril and his descendants held Haddon for a century before the property passed to the Vernon family, and later to the Manners, Dukes of Rutland. The house is constructed on a wooded crag above the River Wye. The entrance is through a gatehouse of weathered grey stone defended by an imposing tower. Once past the gatehouse, the visitor sees a cobbled courtyard flanked by ranges presenting a jumble of Tudor and medieval styles with Jacobean embellishments.
Britain Express

Haddon Hall, the private residence of Lord and Lady Edward Manners, is set in the Peak District in the valley of the River Wye. With nine hundred years of history, it is one of the oldest houses in the country and moreover one of the only houses in England to have remained in one family’s ownership for its entire existence. Haddon is unique as it remained empty for nearly two hundred years. This extraordinary period, when time stood still in the Hall, allowed it to remain unaltered during the modernising period of the Georgians and Victorians. So venturing into Haddon is like stepping back in time, since from the 1700s the family preferred to live at their main seat, Belvoir Castle in Leicestershire.

The Medieval Banqueting Hall remains furnished with its original Dais table, behind which hangs a tapestry gifted to the family by visiting Henry VIII.
Haddon Hall 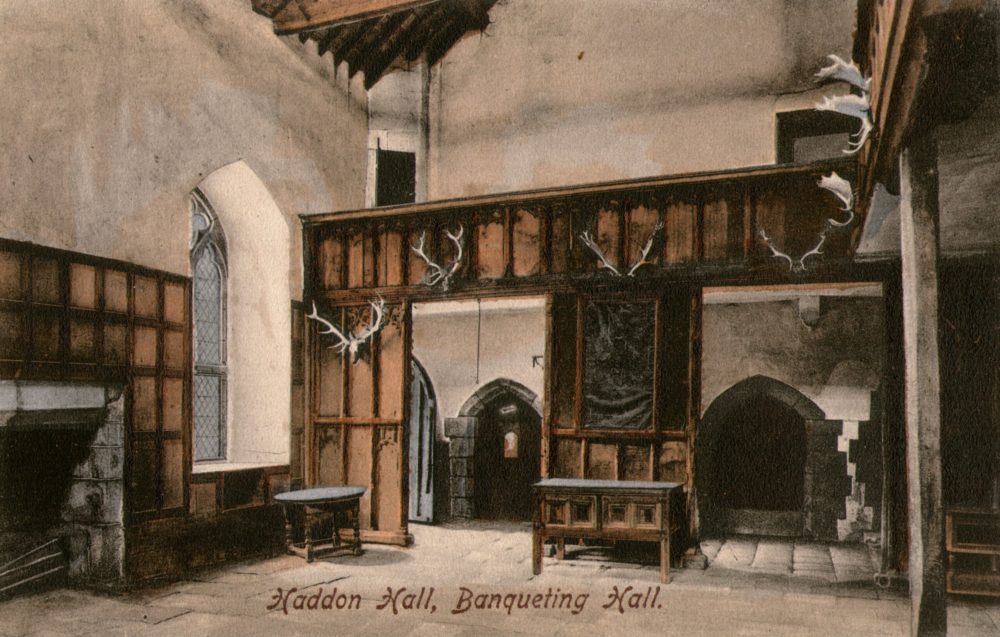