Tradition has it that the building was founded as a hospital around 1085 by Saint Wulfstan, the then Bishop of Worcester. The hospital was built around a much earlier Saxon chapel dedicated to Saint Gudwal – which was located to the South of the present building. The building attributed to Saint Wulfstan was a monastic institution designed to act as a hospital. It seems to have been established with the needs of travellers in mind. Its location, just outside the city walls beside the Sidbury gate, put it at the junction of the main roads from London, Bath and Bristol. Here it could provide travellers with aid should they arrive after the closing of the gates at night.

After serving its original function for nearly 500 years, the hospital was among the last monastic institutions to be dissolved by Henry VIII in 1540. From this date onwards The Commandery was to fulfil a number of vastly varied roles, from peaceful family home, to site of the final bloody battle of the English Civil War. The building itself would undergo a range of improvements, repairs and renovations throughout its history as each successive owner sought to leave their mark on this fascinating structure.
…
The Commandery was given a dramatic new purpose in 1651 when Charles Stuart (later Charles II) marched into Worcester on the 22nd August 1651 at the head of 13,000 men and set up his Headquarters in the city. William, 2nd Duke of Hamilton, was the Royalist Commander in Chief and he and other officers were billeted at The Commandery.
Museums Worcestershire 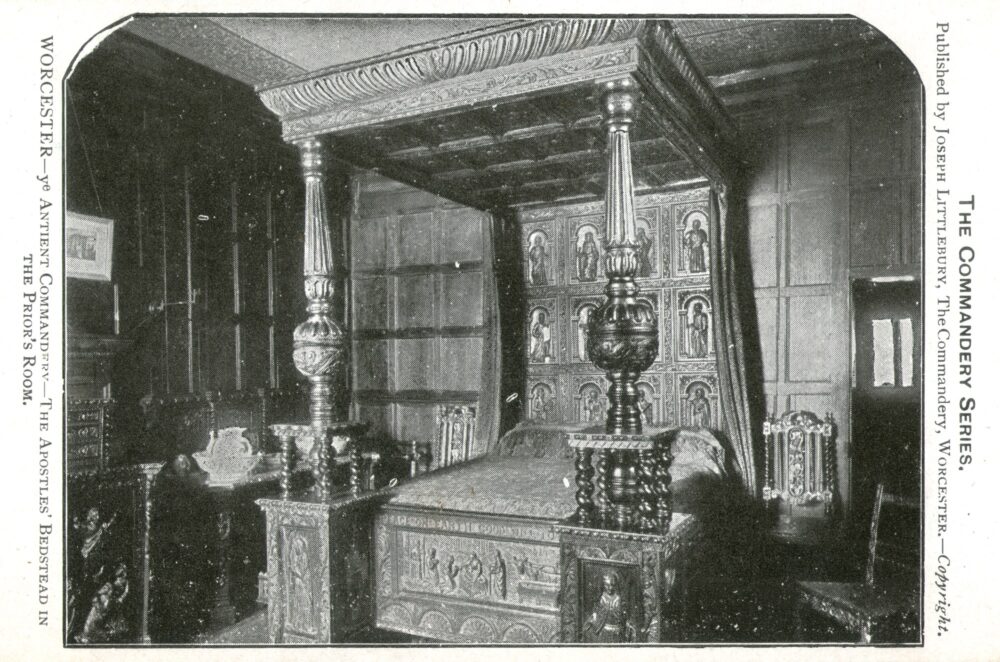