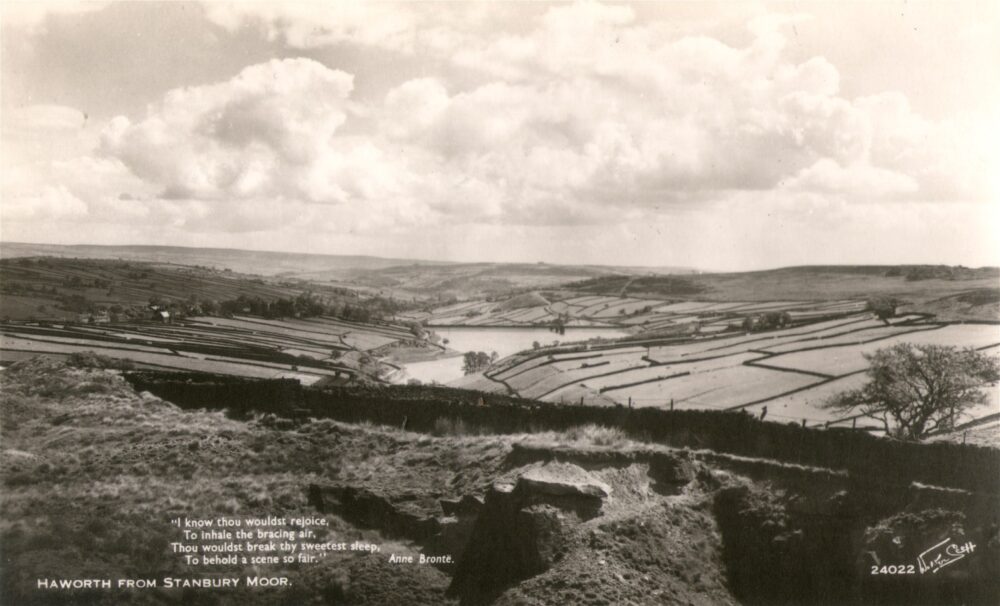 “I know thou wouldn’t rejoice,
To inhale the bracing air,
Thou wouldst break they sweetest sleep,
To behold a scene so fair.”

Haworth is a village in City of Bradford, West Yorkshire, England, in the Pennines, 3 miles (5 km) southwest of Keighley, 10 miles (16 km) west of Bradford and 10 miles (16 km) east of Colne in Lancashire. The surrounding areas include Oakworth and Oxenhope. Nearby villages include Cross Roads, Stanbury and Lumbfoot. Haworth is a tourist destination known for its association with the Brontë sisters and the preserved heritage Keighley and Worth Valley Railway.
Wikipedia.

Balcomie Castle is a 16th Century L-plan tower house of five storeys and a garret, to which has been added an 18th century house. It consists of a main block and offset square wing, which only joins the main block at one corner. A small stair tower is corbelled out in one re-entrant angle, linking the first and second floors. Two two-storey bartizans, both with shot-holes, crown the wing’s gable. The small gatehouse also survives. There is a walled garden.

The fine plastered ceilings from here were taken to Dean Castle, near Kilmarnock. The lands were held by John de Balcomie in 1375, although nothing of the surviving castle is earlier than 16th century. The property passed in 1526 to the Learmonths of Clatto. Mary of Guise stayed at Balcomie after landing at Fifeness on her way to marry James V. Sir James Learmonth of Balcomie was one of the Fife Adventurers who, in 1598, tried to take land on Lewis and was slain for his pains. In 1705 Balcomie passed to the Hopes, then later to the Scotts of Scotstarvit, then the Erskine Earls of Kellie. The castle is now used as a farmhouse.
Scottish Castles Association 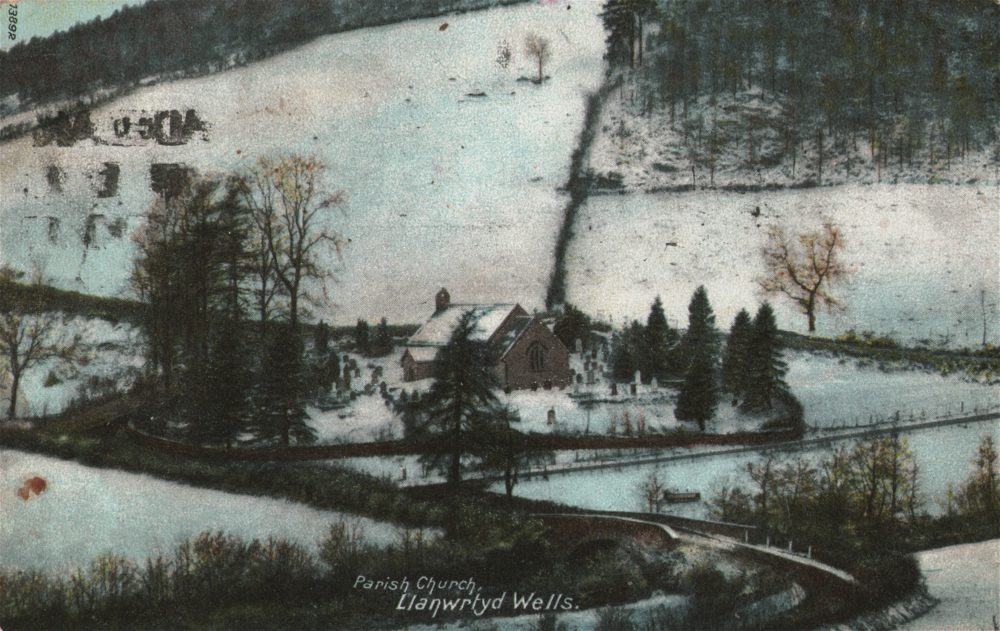 St David’s Church, Llanwryd Wells, (Approximately here, but less obscured by trees, or here for a different angle without trees.)