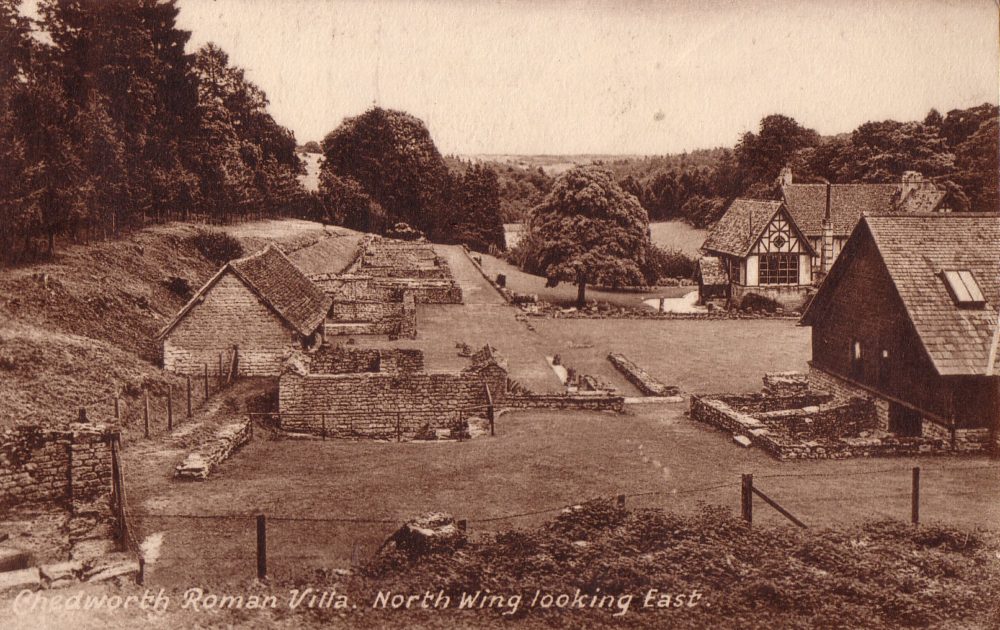 Chedworth Roman Villa is a Roman villa located near Chedworth, Gloucestershire, England. It is one of the largest Roman villas in Britain. The villa was built in phases from the early 2nd century to the 4th century, with the 4th century construction transforming the building into an elite dwelling arranged around three sides of a courtyard. The 4th century building included a heated and furnished west wing containing a dining-room (triclinium) with a fine mosaic floor, as well as two separate bathing suites – one for damp-heat and one for dry-heat. The villa was discovered in 1864, and it was excavated and put on display soon afterwards.
Wikipedia

The villa at Chedworth was discovered in 1863, when a workman found fragments of paving and pottery on the site. Originating in the first half of the 2nd century AD, it was progressively enlarged over the next 250 years before being abandoned after the collapse of the Roman government in Britain in the 5th century. Excavations have revealed colourful mosaic floors, including one in the dining chamber which depicts the four seasons, and several mosaics in the bath complexes.
National Trust

Photo (blank back) of one of the bath houses. Undated.