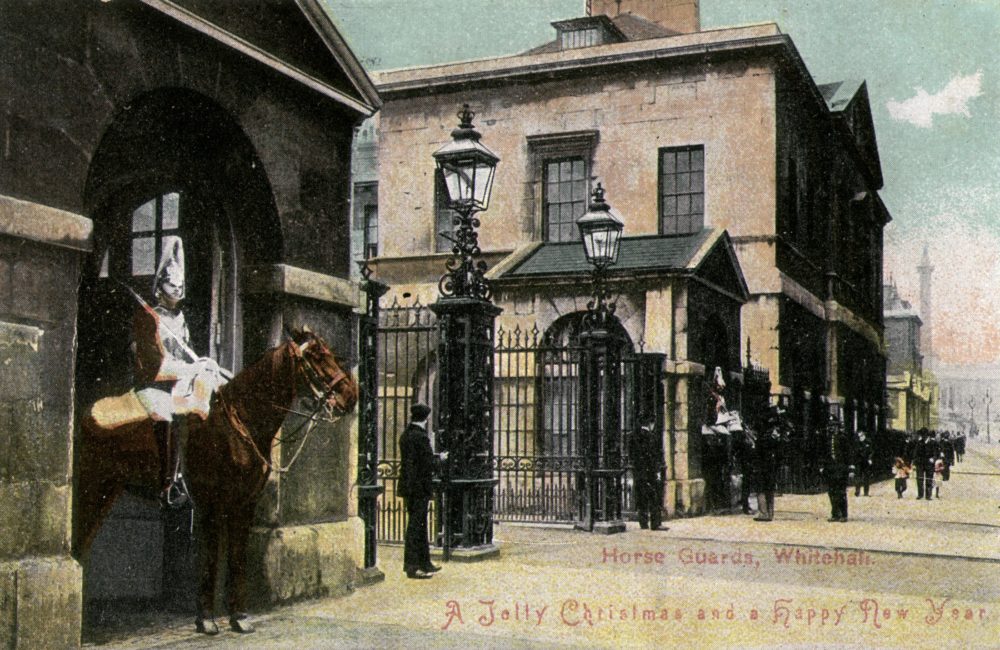 Horse Guards is a historic building in the City of Westminster, London, between Whitehall and Horse Guards Parade. It was built in the mid-18th century, replacing an earlier building, as a barracks and stables for the Household Cavalry, later becoming an important military headquarters. Horse Guards functions as a gatehouse giving access between Whitehall and St James’s Park via gates on the ground floor. It originally formed the entrance to the Palace of Whitehall and later St James’s Palace; for that reason it is still ceremonially defended by the Queen’s Life Guard
Wikipedia 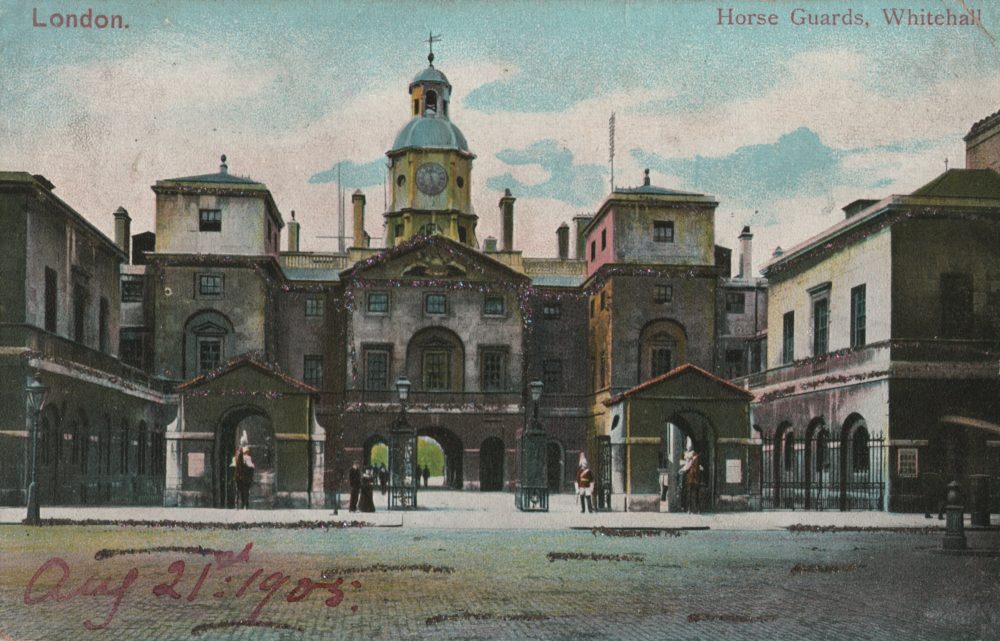 London Horse Guards, Whitehall
Dated & postmarked 1905
Publisher: Pictorial Post Card Company (1904-1909)
(There are lines of glitter across the open space at the front & outlining some parts of the building.) 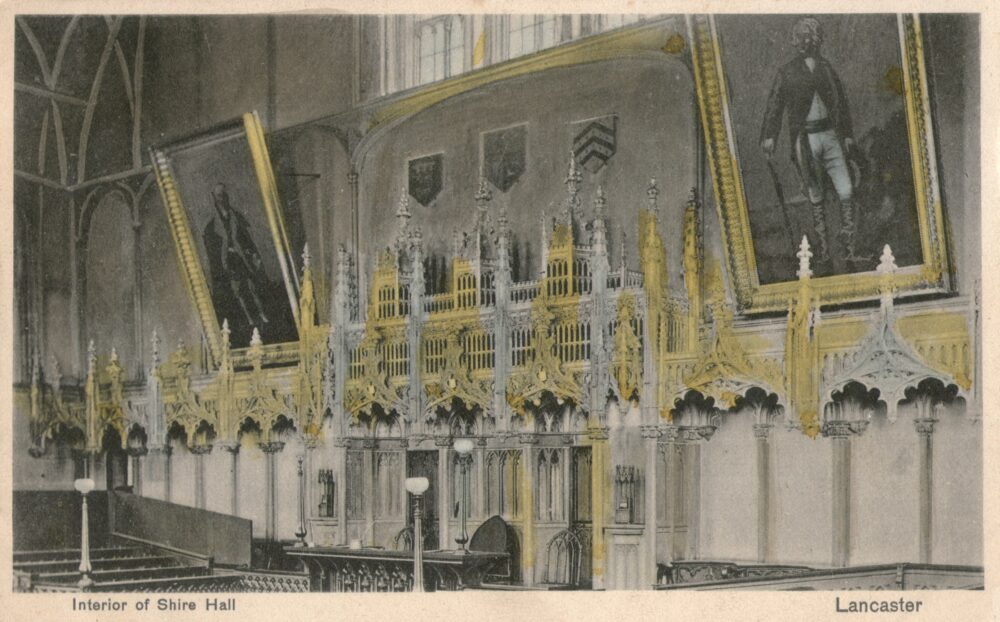 This magnificent ten-sided room is Joseph Gandy’s masterpiece. Completed in 1802, its semi-circle of Gothic pillars carry not only the arches which support the timber ceiling over the main part of the court room but also the arches of the plaster vault over the surrounding aisle. Still used as a working courtroom on rare occasions, today the Shire Hall is also the centrepiece for one the UK’s finest displays of chivalric heraldry.
Lancaster Castle

In the last two decades of the century, around £30,000 was spent rebuilding Lancaster’s county gaol. Architect Thomas Harrison was commissioned to complete the work. Under his auspices, the Gaoler’s House was built in 1788 in a Gothic style. Separate prisons were built for men and women. The Shire Hall and Crown Court were complete by 1798. Harrison had to divide his time between Lancaster and designing and building Chester Castle’s Shire Hall and Courts; work at Lancaster slowed, partly because of dwindling funds due to war with France, and Harrison was released from the work as the Justices of the Peace felt it was taking too long. The artist Robert Freebairn was paid £500 to paint twelve watercolours of the work in 1800 to be presented to the Duke of Lancaster, King George III. In 1802 the castle received more funding and Joseph Gandy was commissioned to complete the interiors of the Shire Hall and Crown Court.
Wikipedia.