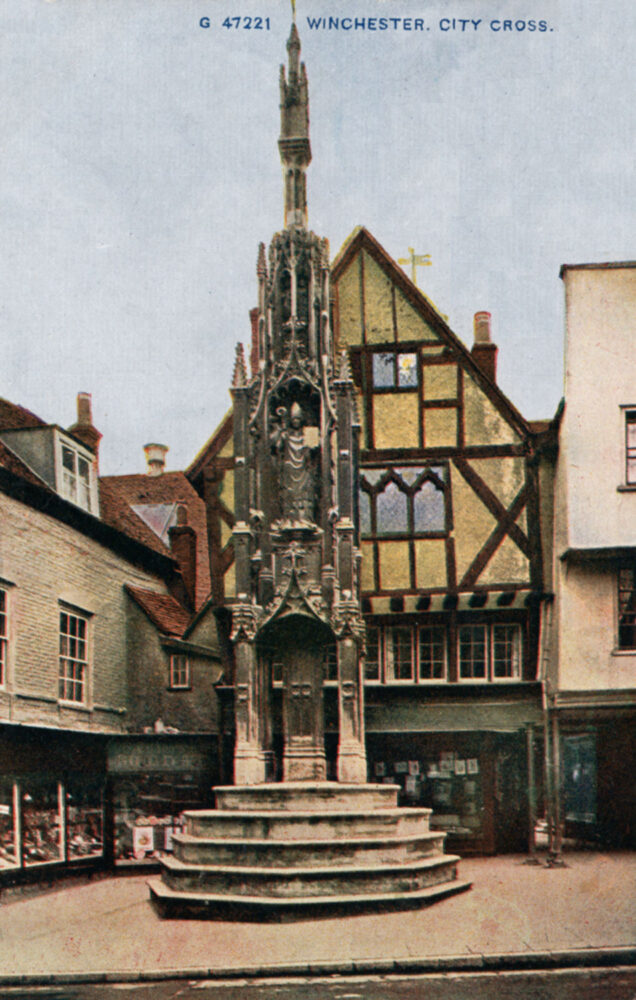 The Butter Cross of Winchester is a Holy Cross, dating back to the mid C14th, it is thought it may have been a gift of Cardinal Beaufort who was Bishop of Winchester from 1404 – 1447. It may well have replaced a much earlier cross associated with the monastic buildings and the Old Minster. The earlier crosses were often carved with quite complex iconography and richly painted. Certainly the C15th Butter Cross is replete with figures. There are twelve of them, the Blessed Virgin and a plethora of saints, Bartholemew,Peter, Swithun, John, Lawrence, Maurice and Thomas. Later figures added are those of William of Wykeham, Lawrence de Anne, King Alfred and the oldest either representing St John the Evangelist or St Amphibalus.
Hampshire History

The High Cross. Also known as the City or Butter Cross. Dated as early 15th Century the monument was restored by G. G. Scott in 1865. It is described as a tall many-pinnacled cross on a stepped plinth with five octagonal steps. It was once used by countrymen to sell produce, hence the name Butter Cross. In 1770 it was sold off by the Paving Commissioners to a Mr Dummer. When he tried to remove it, the citizens of Winchester organised a small riot and preserved the monument for the City. . . . There are now twelve figures on the monument. Each face of the monument has a large figure about half way up, surmounted by two smaller figures in niches. The eight figures at high level represent, The Blessed Virgin, and the Saints Bartholomew, John, Lawrence, Maurice, Peter, Swithun, and Thomas. Of the four large figures, three are relatively new. According to records at The Historic Resources Centre the figures are representations of William of Wykeham, Lawrence de Anne (An early Mayor of Winchester), Aelfred the Great, and the oldest statue (Facing the nearby building) is of St John the Evangelist. There are, however, records that also indicate that this figure may be of St Amphibalus. St Amphibalus was one of the first British Martyrs (Died 25th June AD 304) and Winchester Cathedral was under his patronage before it was dedicated to St Swithun, so there is some connection to support this hypothesis.
City of Winchester

A buttercross, also known as butter cross or butter market, is a type of market cross associated with English market towns and dating from medieval times. Its name originates from the fact that they were located at the market place, where people from neighbouring villages would gather to buy locally produced butter, milk and eggs. The fresh produce was laid out and displayed on the circular stepped bases of the cross.
Wikipedia 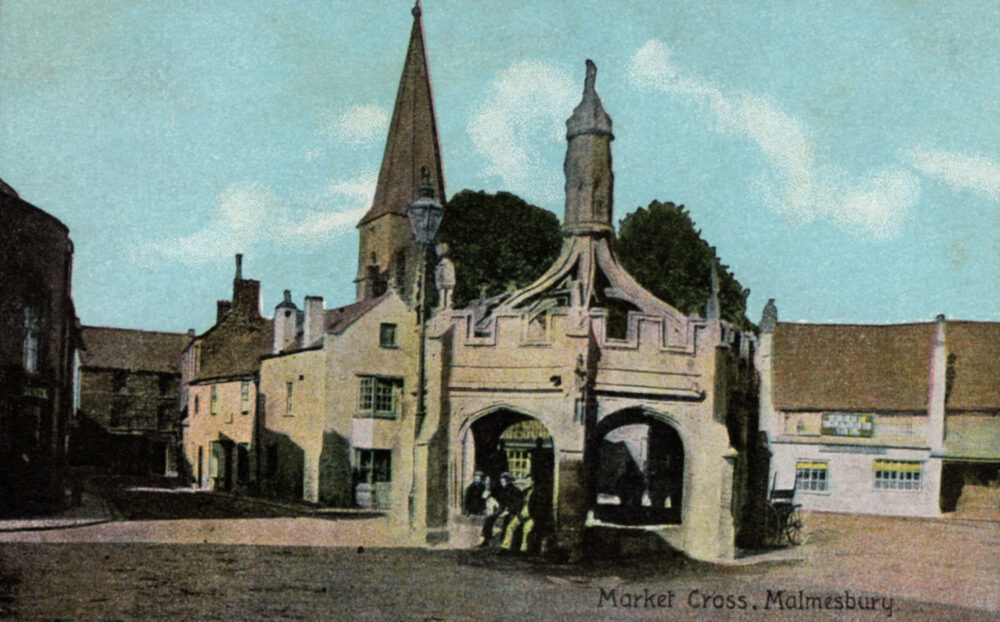