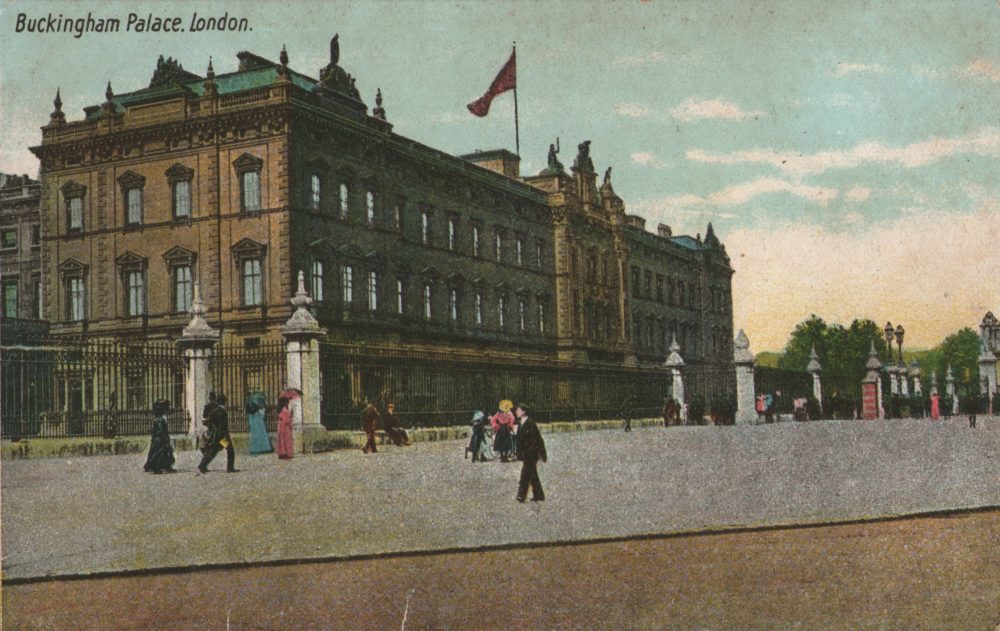 Buckingham Palace has served as the official London residence of the UK’s sovereigns since 1837 and today is the administrative headquarters of the Monarch…. Buckingham Palace has 775 rooms. These include 19 State rooms, 52 Royal and guest bedrooms, 188 staff bedrooms, 92 offices and 78 bathrooms. In measurements, the building is 108 metres long across the front, 120 metres deep (including the central quadrangle) and 24 metres high.
Royal Residence: Buckingham Palace

Originally known as Buckingham House, the building at the core of today’s palace was a large townhouse built for the Duke of Buckingham in 1703 on a site that had been in private ownership for at least 150 years. It was acquired by King George III in 1761 as a private residence for Queen Charlotte and became known as The Queen’s House. During the 19th century it was enlarged, principally by architects John Nash and Edward Blore, who constructed three wings around a central courtyard. Buckingham Palace became the London residence of the British monarch on the accession of Queen Victoria in 1837. The last major structural additions were made in the late 19th and early 20th centuries, including the East Front, which contains the well-known balcony on which the royal family traditionally congregates to greet crowds.
Wikipedia.

Highlights of Buckingham Palace (has 360o views of some rooms) 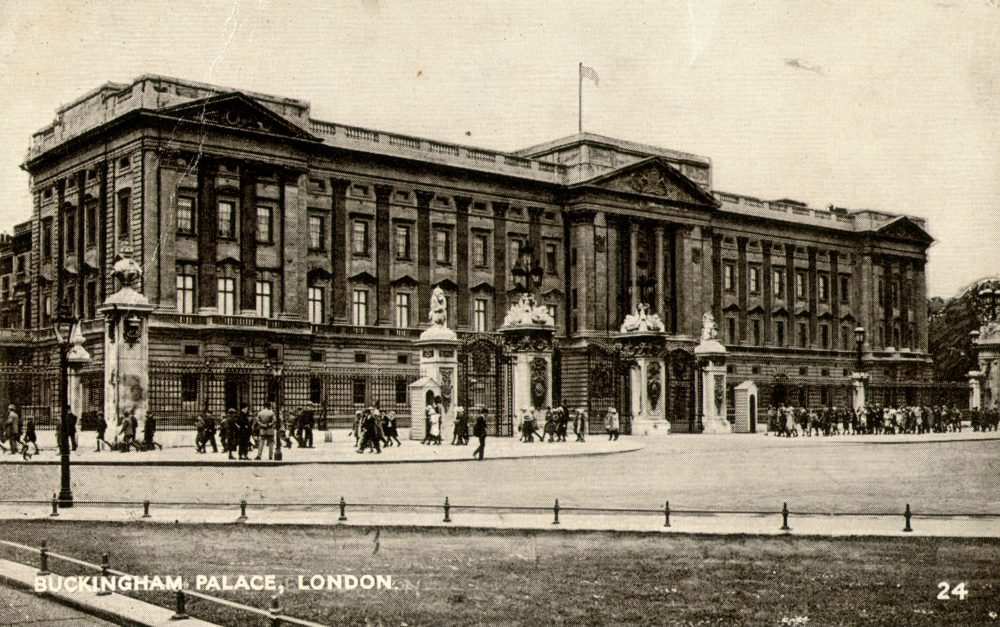 On back:
Buckingham Palace
The London residence of the Sovereign. Derives its name from the Duke of Buckingham who erected the mansion in 1703. Was purchased by George III in 1761.