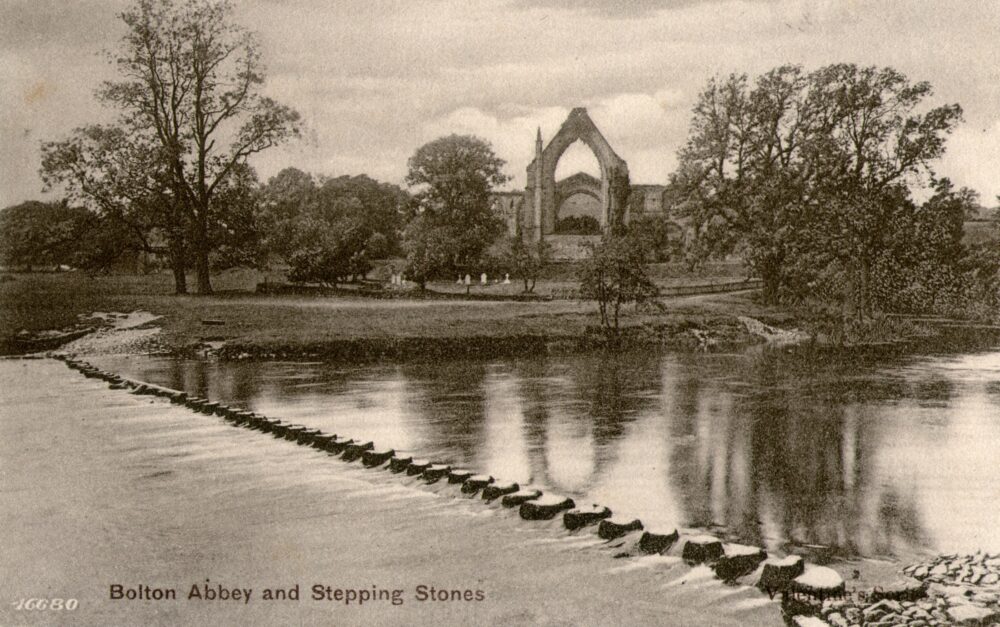 Synonymous with Bolton Abbey, the stepping stones were the crossing point for the lay workers at the Priory.
Bolton Abbey 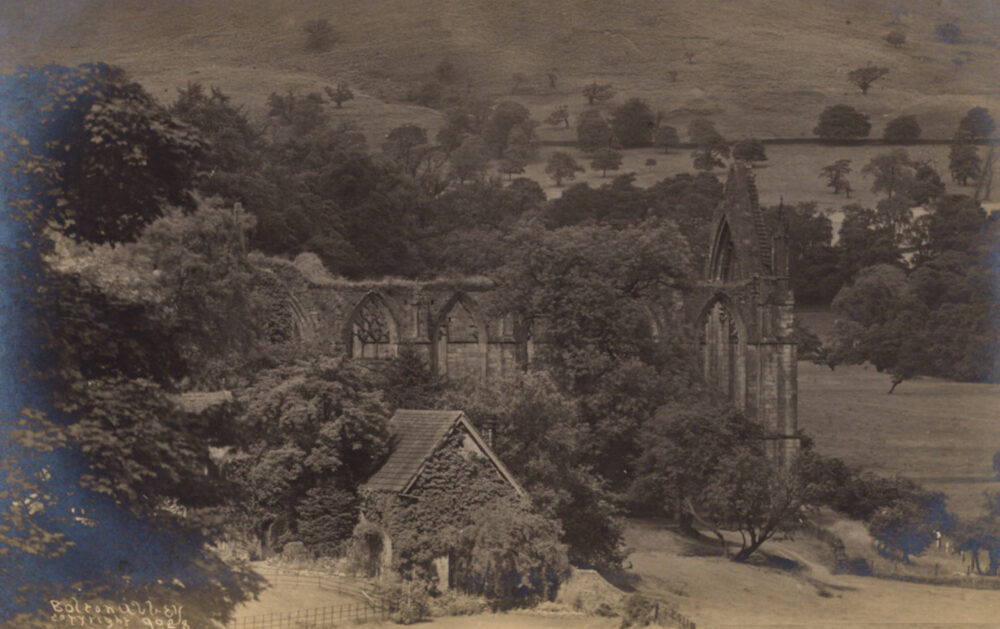 The monastery was founded at Embsay in 1120. Led by a prior, Bolton Abbey was technically a priory, despite its name. It was founded in 1154 by the Augustinian order, on the banks of the River Wharfe. The land at Bolton, as well as other resources, were given to the order by Lady Alice de Romille of Skipton Castle in 1154. In the early 14th century Scottish raiders caused the temporary abandonment of the site and serious structural damage to the priory. The seal of the priory featured the Blessed Virgin Mary and the Child and the phrase sigillum sancte Marie de Bolton. The nave of the abbey church was in use as a parish church from about 1170 onwards, and survived the Dissolution of the Monasteries.

Building work was still going on at the abbey when the Dissolution of the Monasteries resulted in the termination of the priory in January 1540. The east end remains in ruins. A tower, begun in 1520, was left half-standing, and its base was later given a bell-turret and converted into an entrance porch. Most of the remaining church is in the Gothic style of architecture, but more work was done in the Victorian era, including windows by August Pugin. It still functions as a church today, holding services on Sundays and religious holidays.
Wikipedia.

Established in the 12th century, the Priory community grew and prospered, attracting wealthy patrons, enabling investment in local farms and mills which in turn funded the development of the Priory. The Priory was added to over the centuries, and even had to be temporarily abandoned in the early 14th century when Scottish raiders threatened, and some damage was done to the priory. Restoration and building work were still underway until 1539 when King Henry VIII seized the assets of monasteries across the land.
Dales Discoveries