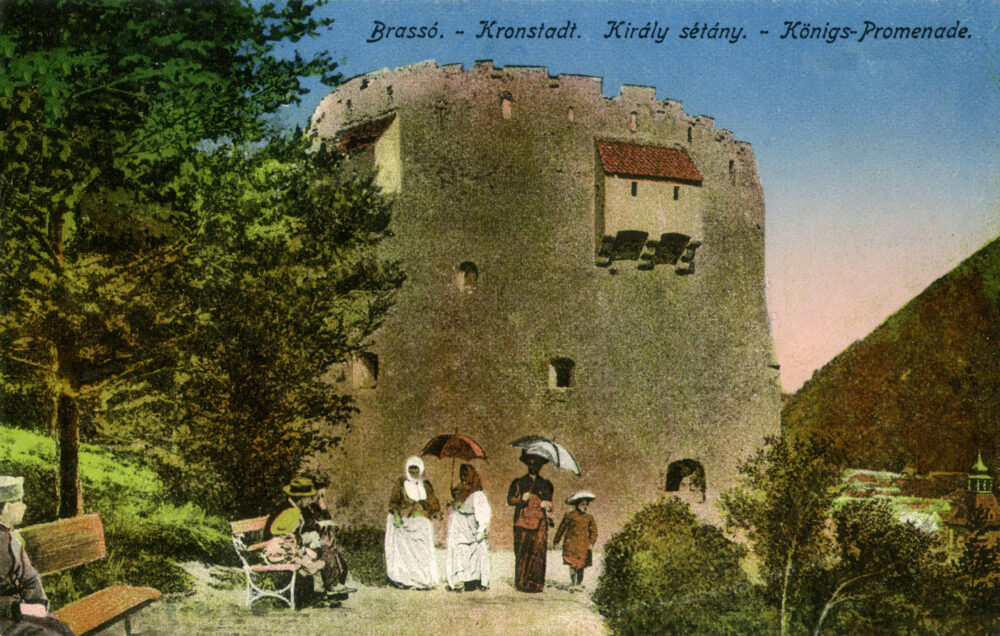 The White Tower was built between 1460 and 1494 and represents one of the most massive constructions of the fortification. The walls are 4 m thick in the basement and the tower is 19 m in diameter. It has battlements, holes for pitch and balconies. The tower is connected to Graft Bastion with a bridge. A fireplace is still preserved in the interior of the tower.
GPSMyCity

The White tower was built in 1494 on top of a rock. Its straight side closing a semicircle faces the city. The tower has 5 stories and its height ranges between 18-20 meters, depending on the grounds it is built on. It got its name from the whitewash that coated its walls. The top is bastion shaped and the offsets from which showers of stone were dropped on the attacking enemy are still standing on its sidewalls. The entrance of the tower was so high that a ladder was needed in order to get inside. Just like the other buildings, the tower also suffered damages in the 1689 fire which were remedied only in the 1723 restoring works. According to the town defense system the tin- and coppersmiths were responsible for the protection of the tower.
Welcome to Romania

(Via Google Translate)
Along its walls, the tower has ramparts, pit openings and balconies supported by consoles carved in stone. Being 59 m away from the fortress wall, the tower communicates with it through a drawbridge that connected the tower and the Graft Bastion. It overlooked Blumăna and, with its 5 floors, was the highest fortification point in Brașov. Inside the tower was kept the chimney above a hearth, which could also be used to heat the guards and defenders – tinsmiths and coppersmiths. In 1678, the tinsmiths’ guild bought back the obligation to defend the tower, the number of craftsmen being low.
Wikipedia.