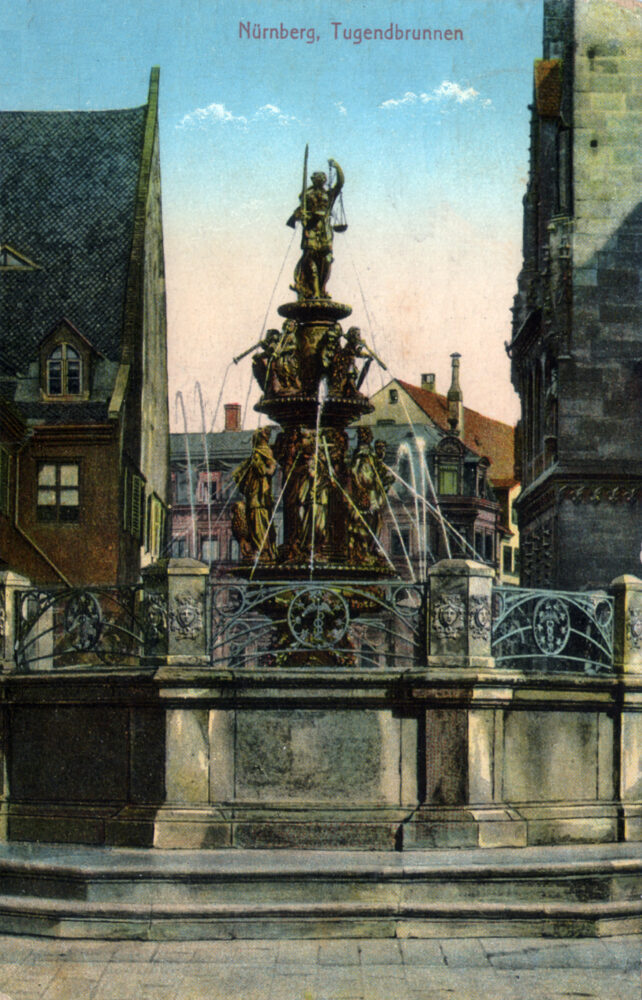 (Via Google Translate)
The Tugendbrunnen was built between 1584 and 1589 during the sensuous Renaissance period by the Nuremberg ore founder Benedikt Wurzelbauer. Like the beautiful fountain [Schönen Brunnen], it is one of the symbols of the city of Nuremberg and is located on the north side of the Lorenzkirche on Lorenzer Platz. Seven human figures and six putti adorn the bronze fountain column, which is divided into three floors and rises from an octagonal basin. The seven figures represent the seven virtues of the Middle Ages, with six putti between them.
Bayern Online