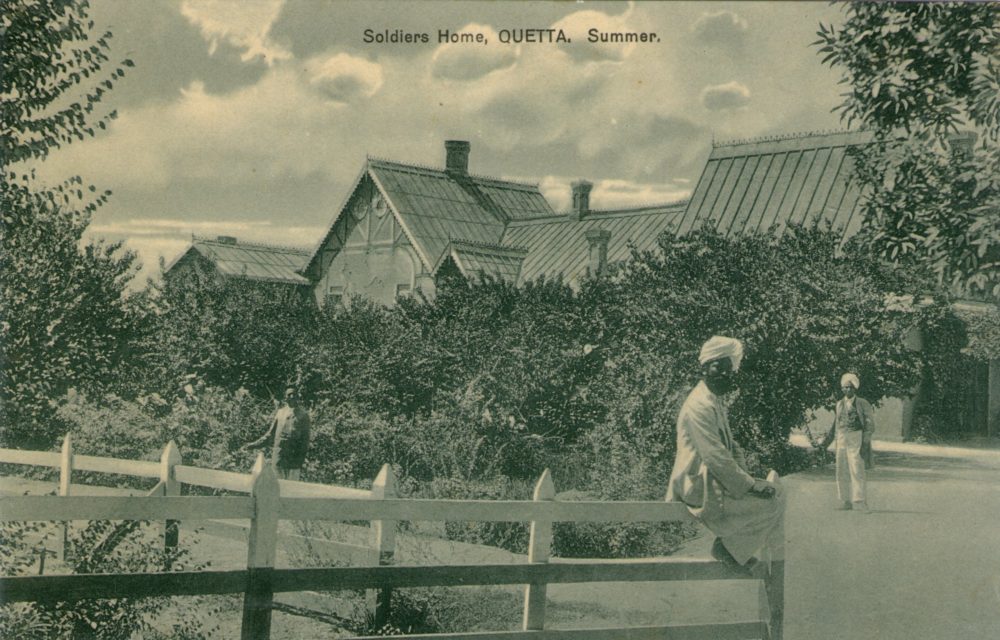 Elise Sandes (1861 – August 1934) was the founder of a welfare movement for soldiers that bears her name and still survives today. She was an evangelical Christian and philanthropist and her concern for a young soldier in Tralee in the late 1860s led her to set up a centre for soldiers’ recreation and general welfare. By 1913 there were thirty-one such ‘soldiers’ homes’ all situated in the vicinity of various army barracks; twenty-two were in Ireland and the rest in British India. It is widely regarded that Sandes Homes for Soldiers were very well run and filled a real need among young soldiers, often far from their families who were made to feel at home and not faced with the cold commercial atmosphere of the barracks canteen. Sandes believed that a good feminine influence met a real need where young soldiers were concerned, and the ‘homes’ were the only place where some of the young recruits could receive anything approaching motherly care.
…
Elise was well aware of the discomfort, loneliness and tedium of a soldier’s life in India – the awful boredom of barrack-room life between spells of repetitive drilling and rigid discipline. The soldiers found themselves cast into an environment where supplies and medical care was rudimentary and the dangers of cholera, dysentery and venereal disease was ever-present. She responded to military requests for homes to be set up there with the aim of drawing soldiers away from the wet canteens, opium dens and bazaar brothels to more wholesome recreations. Anna Ashe set up the first home in Rawalpindi, with £600 from a donor, and Theodora Schofield and Alice Bailey followed her lead by setting up additional homes in Murree, Quetta, Meerut, and Lucknow. Elise Sandes now resolved to establish a Sandes Home in every cantonment in India. By now she had become widely known as the Mother of the British Army owing to that special ‘Sandes’ dedication towards providing the much-needed care and attention that the young soldiers required. She coined the phrase ‘A Home From Home’ which summed up perfectly her vision of the kind of environment she strove to provide.
Wikipedia: Elise Sandes

I have very little recollection of anything particular which happened during these first weeks in Meerut but my real experience started in Quetta. My work in the Quetta Soldiers Home stands out in my mind as one of the most interesting phases of the work. I like Quetta. It stands about 5000 feet high and is very hot and dry in the summer and 45 degrees below zero in the winter.
Alice Bailey, The Unfinished Autobiography.