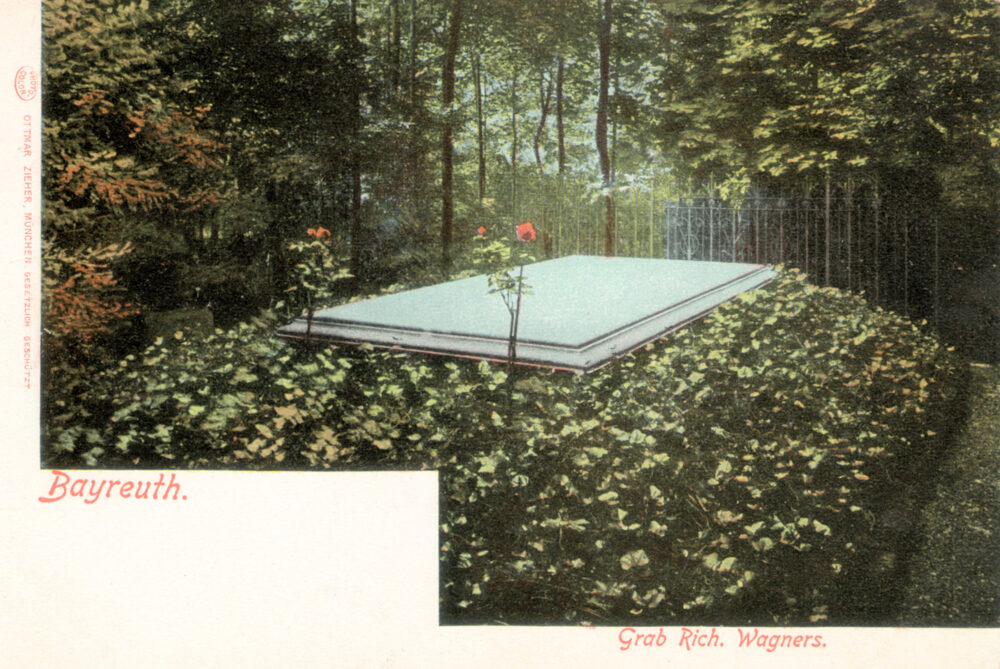 Wilhelm Richard Wagner); 22 May 1813 – 13 February 1883) was a German composer, theatre director, polemicist, and conductor who is chiefly known for his operas (or, as some of his mature works were later known, “music dramas”). . . . After the festival, the Wagner family journeyed to Venice for the winter. Wagner died of a heart attack at the age of 69 on 13 February 1883 at Ca’ Vendramin Calergi, a 16th-century palazzo on the Grand Canal.[145] The legend that the attack was prompted by argument with Cosima over Wagner’s supposedly amorous interest in the singer Carrie Pringle, who had been a Flower-maiden in Parsifal at Bayreuth, is without credible evidence. After a funerary gondola bore Wagner’s remains over the Grand Canal, his body was taken to Germany where it was buried in the garden of the Villa Wahnfried in Bayreuth.
Wikipedia.