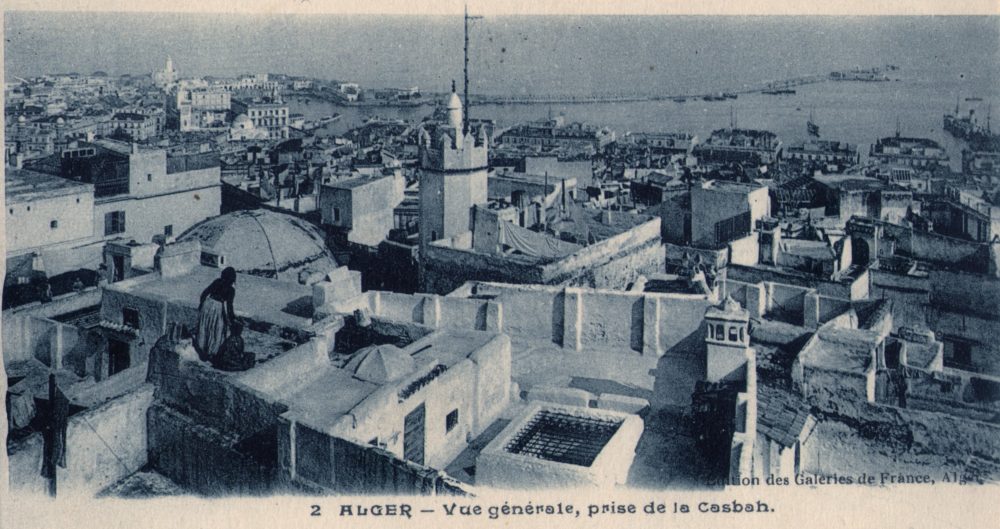 The Casbah (Arabic: قصبة, qaṣba, meaning citadel) is the citadel of Algiers in Algeria and the traditional quarter clustered around it. . . . The Casbah of Algiers is founded on the ruins of old Icosium in the 10th century. It was a city built on a hill, stretching towards the sea, divided into the “High city” and the “Low city”. One finds there masonry and mosques dating from the 17th century: Ketchaoua Mosque (built in 1794 by the Dey Baba Hassan) flanked by two minarets; Djama’a al-Djedid (1660, at the time of the Ottomans) with its large finished ovoid cupola points some and its four cupolas; Djamaâ el Kebir (the oldest of the mosques), built by Almoravid ruler Yusuf ibn Tashfin; and Ali Bitchin Mosque (Raïs, 1623). The Casbah also contained several palaces, including Dar Aziza, Dar Mustapha Pacha, Palace of the Dey, and Dar Hassan Pacha which was built in 1791 to house the Pasha, who lived there for eight years.
Wikipedia.

The Kasbah of Algiers is an outstanding example of a historic Maghreb city having had extensive influence on town-planning in the western part of the Mediterranean and sub-Saharan Africa. Indeed, located on the Mediterranean coast, the site was inhabited at least from the 6th century BC when a Phoenician trading post was established there. The term Kasbah, that originally designated the highest point of the medina during the Zirid era, today applies to the ensemble of the old town of El Djazair, within the boundaries marked by the ramparts and built at the end of the 16th century, dating back to the Ottoman period. In this living environment where nearly 50,000 people reside, very interesting traditional houses, palaces, hammams, mosques and various souks are still conserved, the urban form of which bears witness to an effect of stratification of several styles in a complex and original system that has adapted remarkably well to a very hilly and uneven site.
UNESCO World Heritage listing

“You want to see what is happening to the Casbah?” the slender man asks in French, as I make my way down a steep stone staircase that leads to the Mediterranean Sea. Before venturing into this storied hillside quarter of Algiers, a labyrinth of shadowy alleys and cul-de-sacs filled with idle youths casting suspicious gazes upon outsiders, I’d been warned to keep my guard up, but this fellow’s earnest manner persuades me he can be trusted. Introducing himself as Oualid Mohammed, he leads me down the Rue Mustapha Latreche, named after an Algerian guerrilla who fell fighting the French in the Casbah during the war of independence that lasted from 1954 to 1962 and concluded when France ended colonial rule. Then he stops before a crumbling two-story house. “That’s where I live,” he says. The entire front section is a ruin; the second floor has collapsed onto the first, and the hallway is filled with rubble.
“Save the Casbah:, Smithsonian Magazine 2007 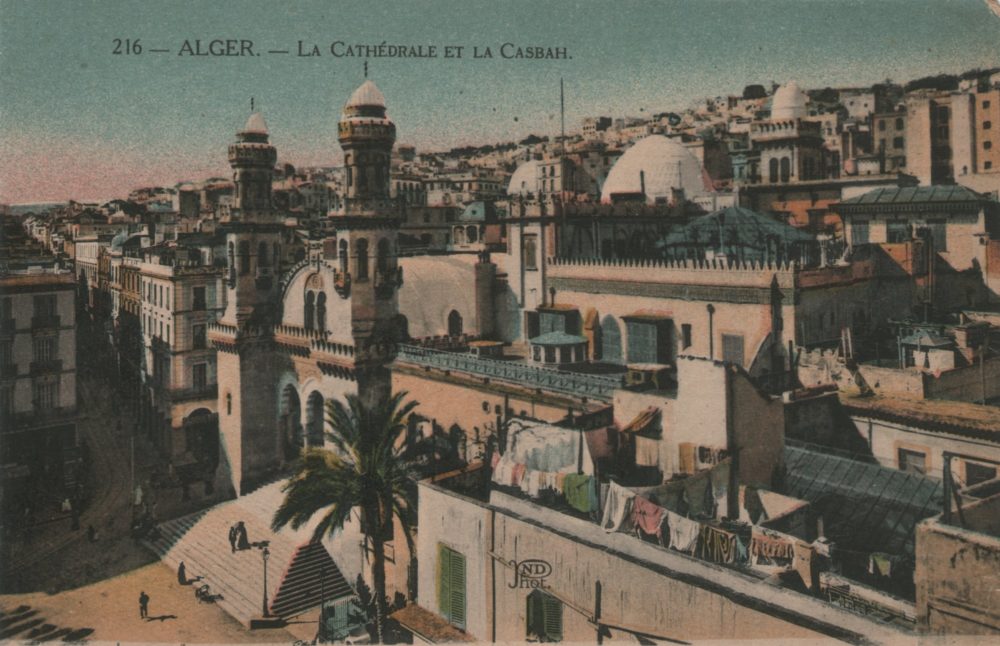