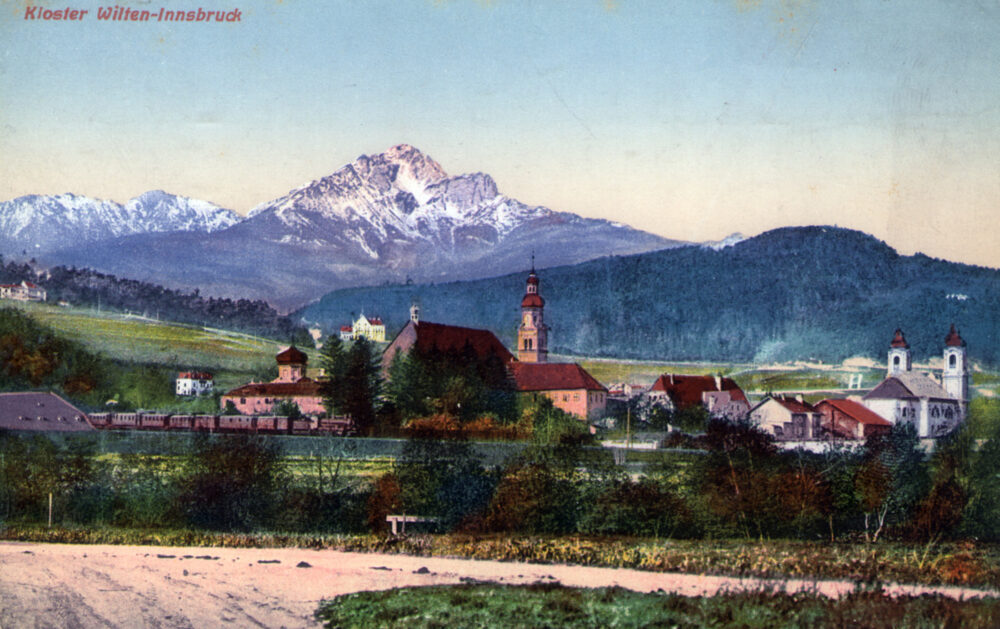 Innsbruck, the “Bridge over the Inn”, is the capital of Austria’s Tirol and home to one of Europe’s most delightful historic old town centres. Surrounded by the craggy peaks of the Austrian Alps, it scores both as an Alpine playground and as a showcase for Habsburg Empire heritage.
Tyrol, Austra

(Via Google Translate)
Wilten Abbey is a Premonstratensian monastery founded in 1138 by Bishop Reginbert von Brixen in Wilten , a district of Innsbruck at the foot of the Bergisel , the capital of the Austrian state of Tyrol. . . . Abbot Dominikus Löhr (1651–1687) laid the foundation stone for the baroque church building after the collapsing tower of the predecessor, Abbot Andreas Mayr, had completely destroyed the Gothic building. The actual consecration of the church and the high altar was carried out on October 18, 1665 by the Prince Bishop of Brixen, Sigmund Alfons Graf Thun . Emperor Leopold I was present in person. The north tower was completed in 1667, but the south tower was only half the height of the church roof, since the court architect Christoph Gumpp had died in 1672
Wikipedia.