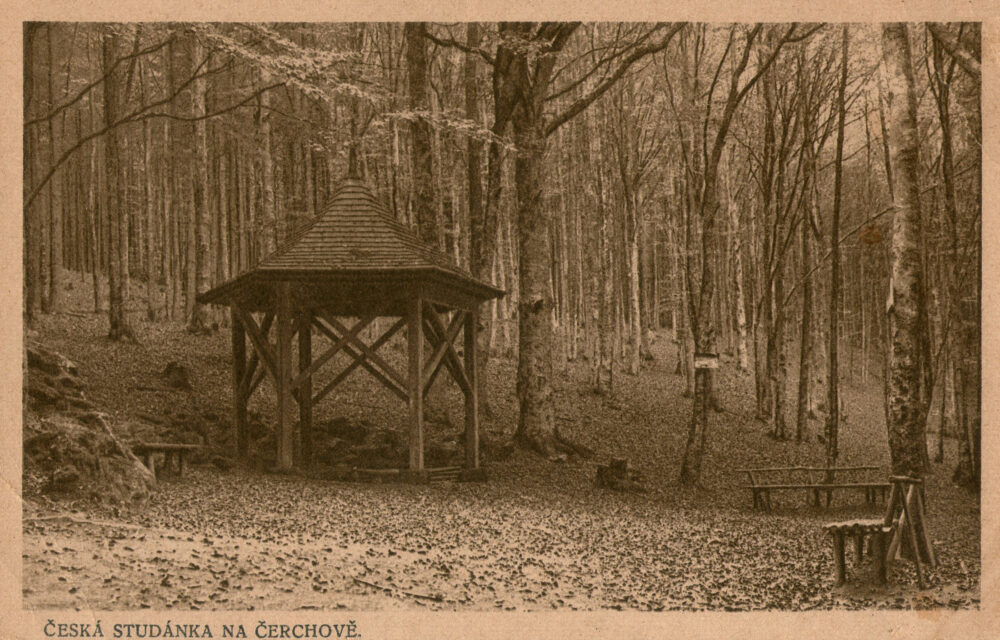 EN:
Vicinity of the spring was adjusted by The Czech Hiking Club (KCT) in 1901. Between the years 1939-1945 and 1950-1990 the place lay inside an inaccessible border zone. In 1968 the place was restored for a short time. The final restoration of the natural spring was realized by KCT Domažlice in 1990. Today the source is covered by an arbour. An annual tourist gathering is held there. This action is associated with a tradition of symbolical locking and unlocking of the spring.
Waymarking

(Translated with Google Translate)
Čerchov (German Schwarzkopf) with an altitude of 1042 m, the highest peak of the Bohemian Forest and the symbol of Chodsko, lies approximately 15 km southwest of Domažlice and less than 2 km from the German border. A mythical mountain in a mythical environment, where the Chod family used to guard the border and one of the few areas that remained Czech in the typically German border area until World War II. . . . A strong spring and a repaired gazebo await us in a place called Česká studánka . The well was renovated by the Czech Tourists Club as early as 1901, but was inaccessible for many years thanks to the border zone.
Toulky 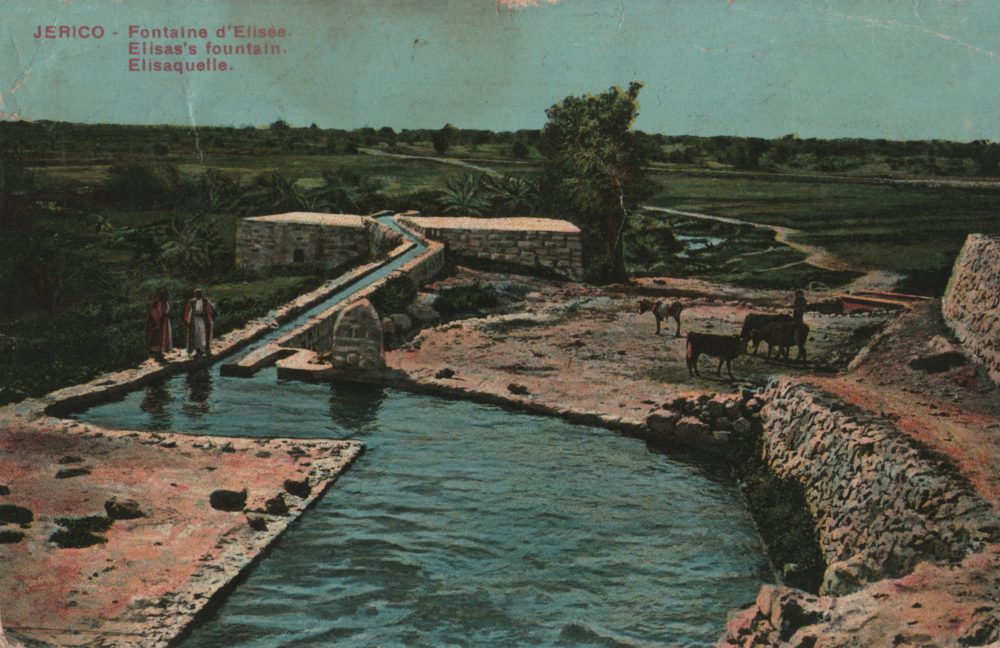 And the men of the city said unto Elisha, Behold, I pray thee, the situation of this city is pleasant, as my lord seeth: but the water is naught, and the ground barren. And he said, Bring me a new cruse, and put salt therein. And they brought it to him. And he went forth unto the spring of the waters, and cast the salt in there, and said, Thus saith the Lord, I have healed these waters; there shall not be from thence any more death or barren land. So the waters were healed unto this day, according to the saying of Elisha which he spake.
2 Kings 2:19-22 (King James Version)

Elisha’s Spring (also called the Prophet’s Fountain and Elisha’s Fountain) is a fresh water spring near the archaeological mound of Tel Jericho where remains of settlements were found dating back to about 8,000 BC. The people who settled here so long ago would have done so to take advantage of the fresh water which is such a scarcity in the harsh desert environment just north of the Dead Sea. Elisha’s Spring makes Jericho an oasis or City of Palms in the otherwise dry surroundings. The perennial spring continues to produce plenty of water which has a temperature of 26˚C.
Bein Harim Tourism Services

Life in the Holy Land