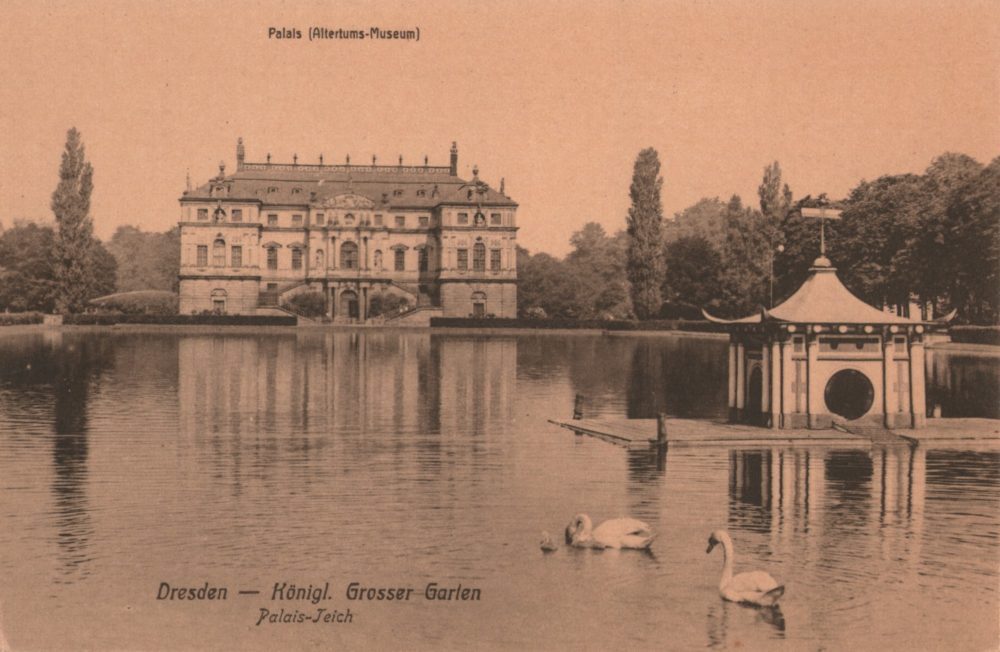 The Großer Garten is a Baroque style park in central Dresden. It is rectangular in shape and covers about 1.8 km². Originally established in 1676 on the orders of John George III, Elector of Saxony, it has been a public garden since 1814. Pathways and avenues are arranged symmetrically throughout the park. The Sommerpalais, a small Lustschloss is at the center of the park.Ori ginally established outside the old walls of the city, the park was surrounded by urban areas by the second half of the 19th century. Dresden Zoo and Dresden Botanical Garden were added late in the 19th century.
Wikipedia.

The most impressive park in the region, the Grand Garden, is located at the heart of the Saxon capital. The 147-hectare garden, inspired by its French counterparts, was commissioned by Elector John George III in 1678. The two main avenues converge at the Palace that is now used as a venue for festivals and exhibitions. The Palace is surrounded by the baroque section of the garden. The remaining part is designed as an English landscape park with winding paths, small forests and bodies of water.
Grosser Garten Dresden 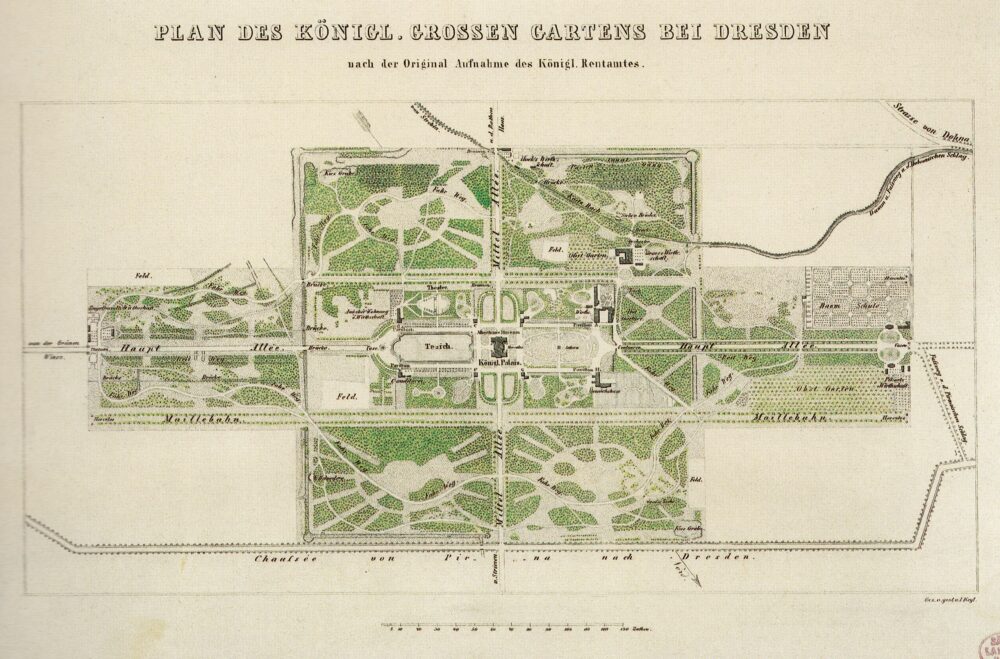 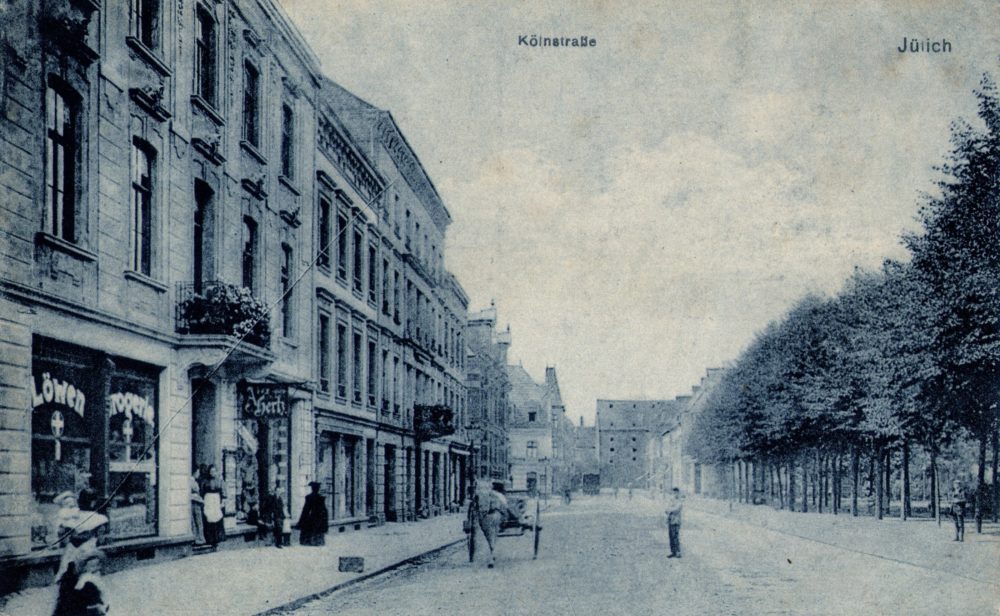 Jülich is a town in the district of Düren, in the federal state of North Rhine-Westphalia, Germany. As a border region between the competing powers in the Lower Rhine and Meuse areas, the town and the Duchy of Jülich played a historic role from the Middle Ages up to the 17th century.
Wikipedia. 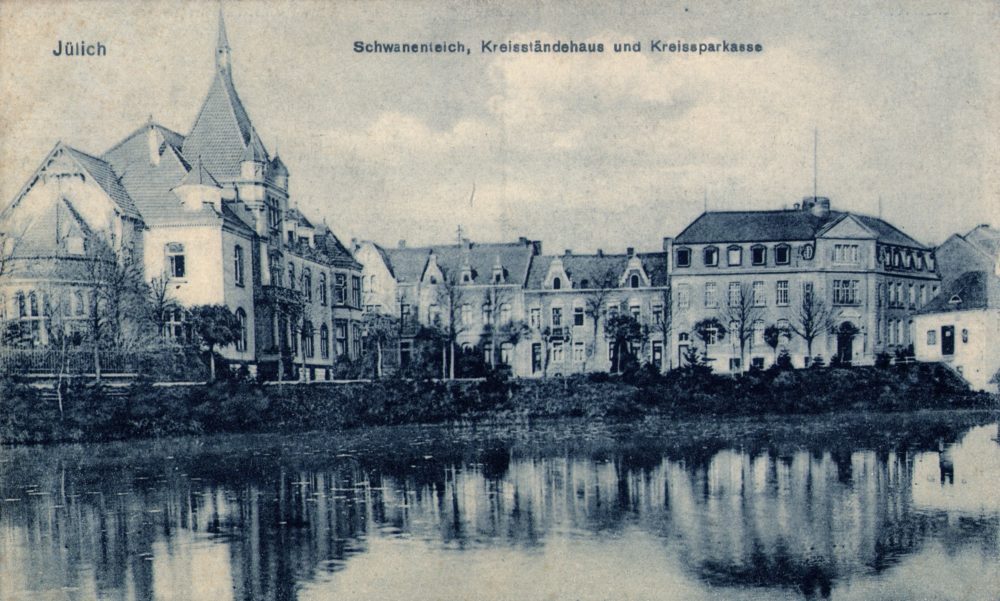