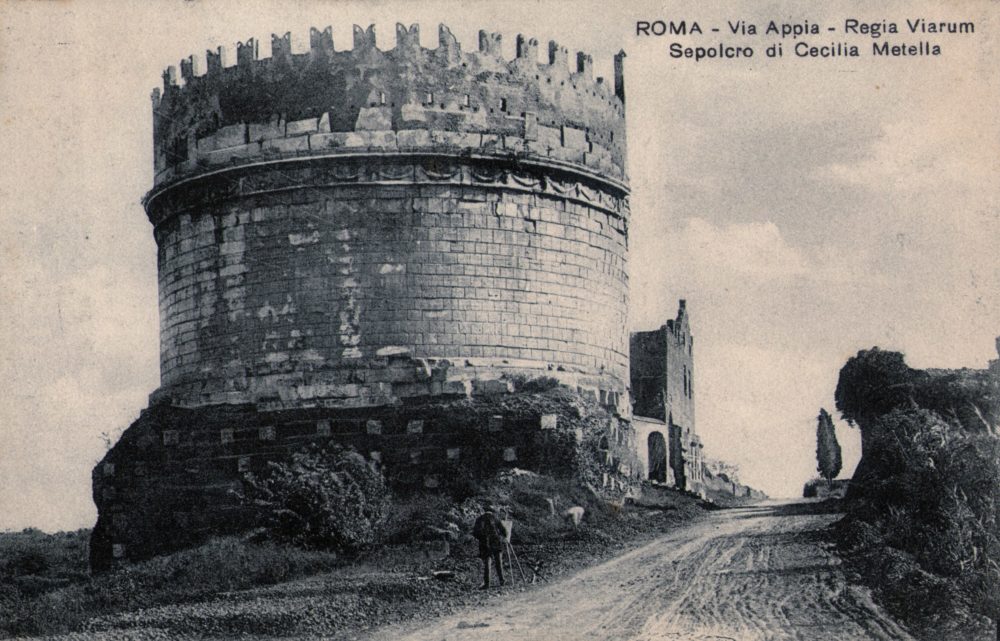 (There appears to be an artist at work in the foreground.)

The Tomb of Caecilia Metella is a mausoleum located just outside Rome at the three mile marker of the Via Appia. It was built during the 1st century BC to honor Caecilia Metella, who was the daughter of Quintus Caecilius Metellus Creticus, a consul in 69 BC, and the wife of the Marcus Licinius Crassus who served under Julius Caesar and was the son of the famous triumvir with the same name, Marcus Licinius Crassus.The mausoleum was probably built in 30–10 BCE by her son who also had the same name, Marcus Licinius Crassus. The Tomb of Caecilia is one of the most well known and well preserved monuments along the Via Appia and a popular tourist site.
Wikipedia. 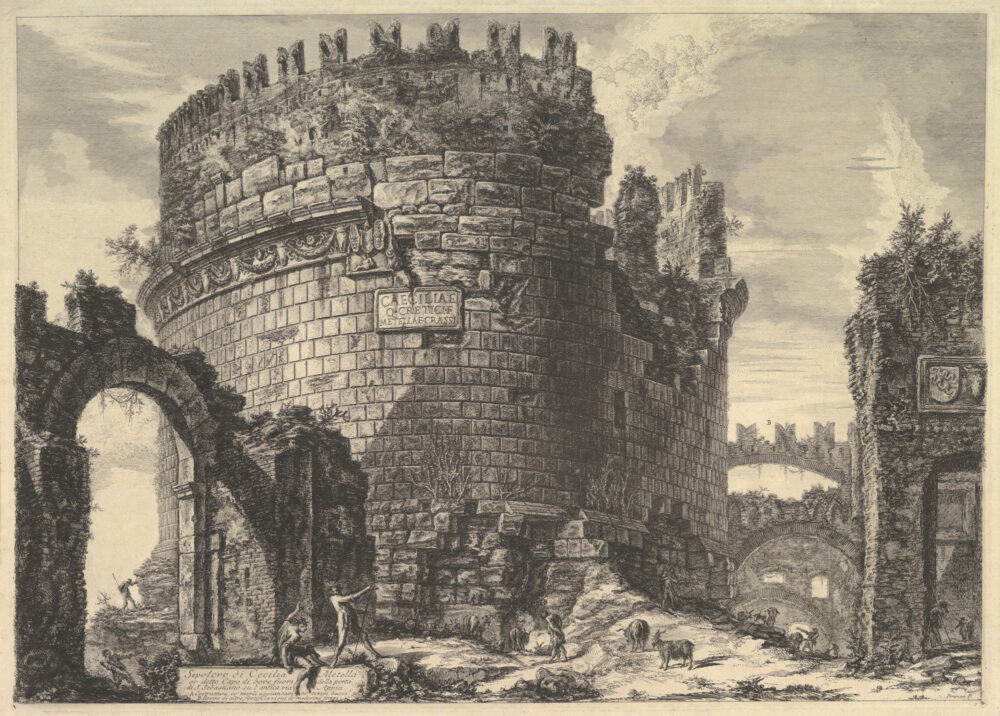 The tomb of Caecilia Metella, from Vedute di Roma (Roman Views), ca. 1762 (from the Met)

The original design of the Tomb of Caecilia Metella encompassed the square podium and cylindrical drum (or rotunda) that we still see today, along with a shallow conical dome and a ground-level entrance on the south side. Sometime between the 11th to 14th century, the conical dome was replaced by a crenellated brick wall and a castle was attached to the Tomb as well, resulting in what is more or less the current layout of the site.
Piranesi in Rome

Over time, concrete cracks and crumbles. Well, most concrete cracks and crumbles. Structures built in ancient Rome are still standing, exhibiting remarkable durability despite conditions that would devastate modern concrete. One of these structures is the large cylindrical tomb of first-century noblewoman Caecilia Metella. New research shows that the quality of the concrete of her tomb may exceed that of her male contemporaries’ monuments because of the volcanic aggregate the builders chose and the unusual chemical interactions with rain and groundwater with that aggregate over two millennia.
University of Utah: Roman noblewoman’s tomb reveals secrets of ancient concrete resilience 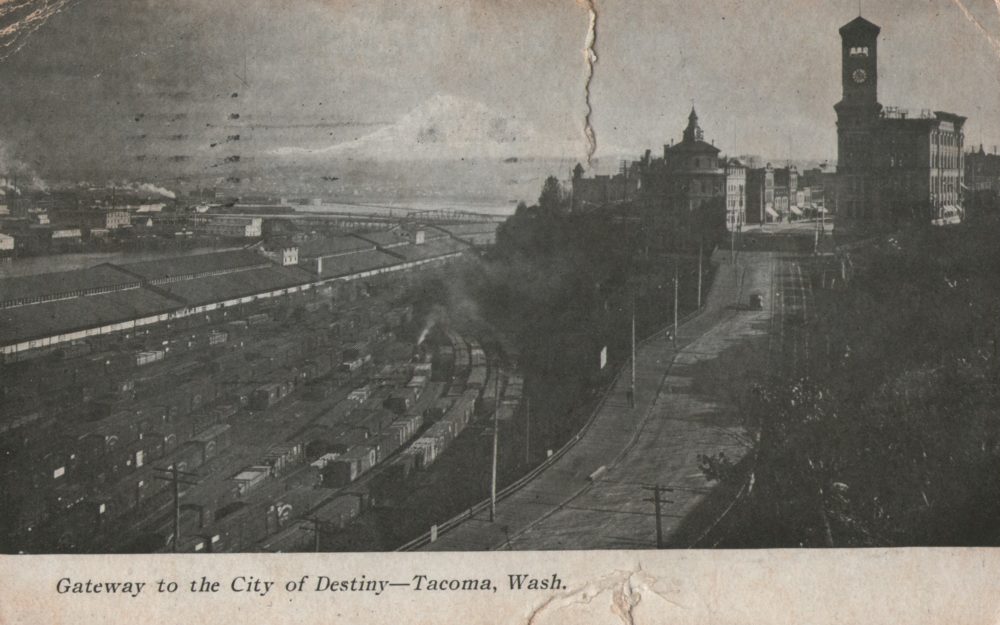 Gateway to the City of Destiny — Tacoma, Wash.