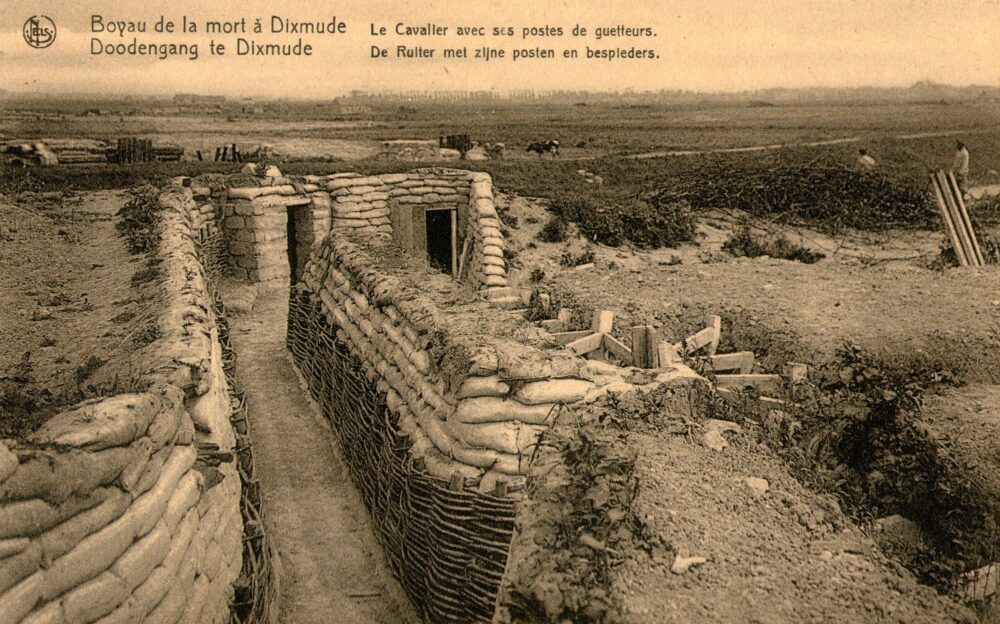 Located in Dixmude the ‘Trenches of Death’ comprise preserved trenches featuring galleries, shelters, firesteps, chicanes, concrete duckboards and concrete sandbags. Together they give a fair impression of the makeup of trenches during the First World War – that is, notably leaving aside the quiet, serene nature of the trenches as they appear today. The Dixmude trenches were in fact held by the Belgians for over four years during the Battles of the Yser against determined German forces (often ranged just 100 yards away), hence their grim name.
firstworldwar.com

The Dodengang (Dutch, also called Trench of Death in English and Le Boyau de la mort in French) is a World War I memorial site located near Diksmuide, Belgium. . . . The Dodengang is a 300 yards (270 m) section of preserved trench where many men were killed in World War I. The trench was begun at the time of the Battle of the Yser which was manned by soldiers of the Belgian Army. As part of the Yser Front, it played a key role in preserving the front line in this area and stopping further German incursions across the Yser Canal. Belgian soldiers fought here under the most perilous conditions until the final offensive of 28 September 1918.
Wikipedia. 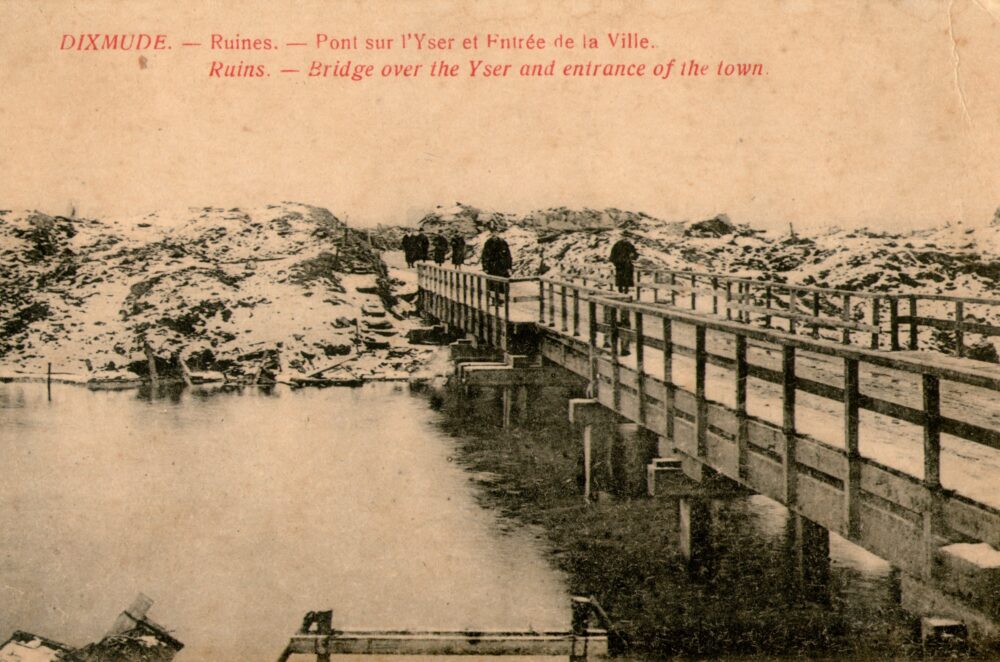 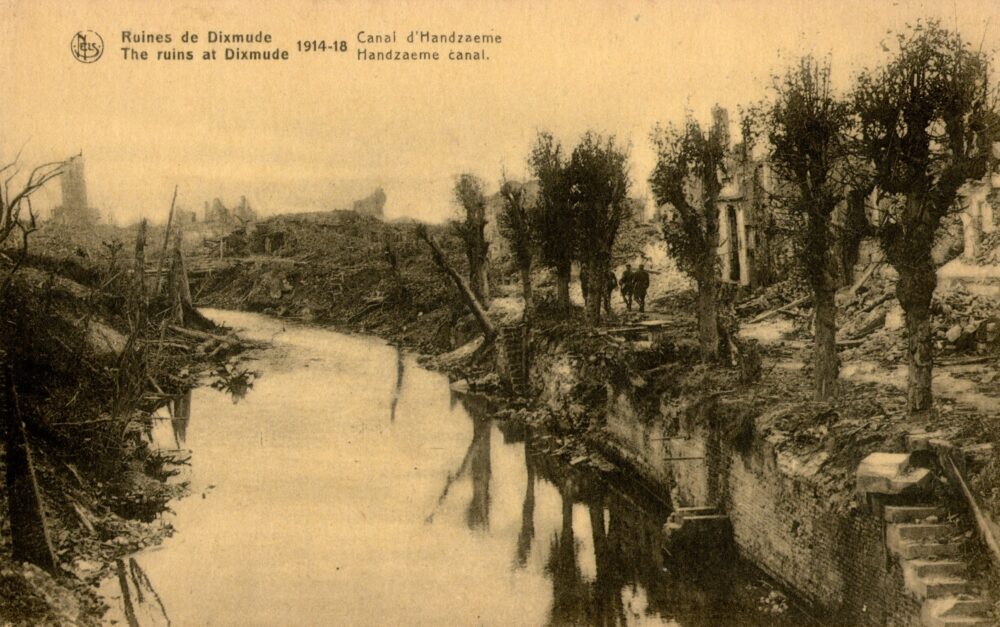