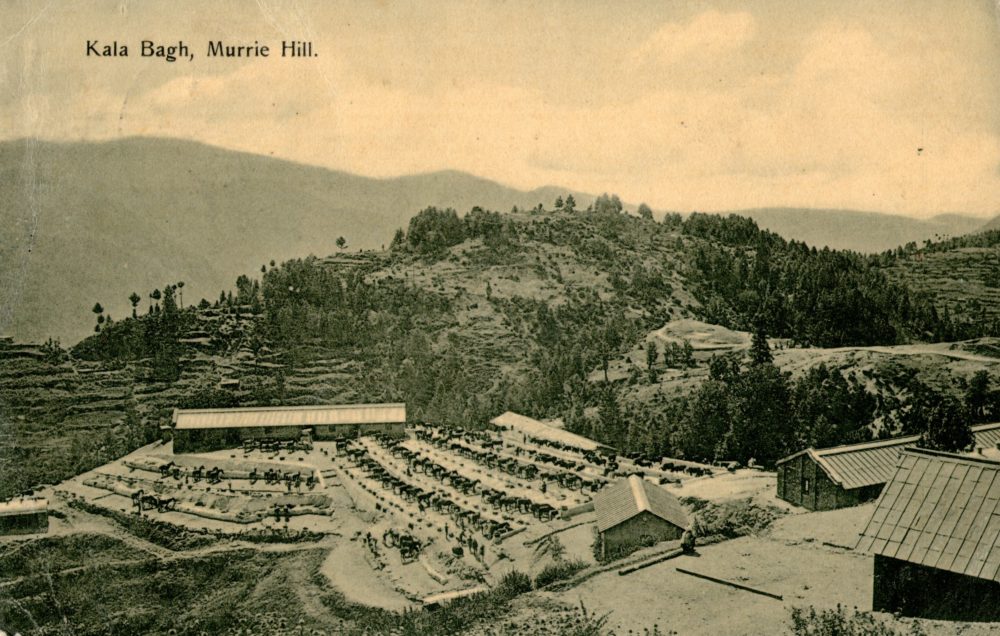 Kalabagh was a small cantonment in Hazara District, North West Frontier Province on the road between Abbottabad and Murree, in the area popularly known as Murree Hills. During the summer months it was occupied by one of the British mountain batteries which were stationed at Rawalpindi in the winter.
Fibiwiki (Families In British India Society)

Two of the Infantry Regiments are located in the Murree hills during the hot weather, and tlie three Mountain Batteries proceed, one to each of the following Gallis — Khaira Galli, Kalabagh, Bara Galli.
“Gazetteer Of The Rawalpindi District 1893-94”, F A Robertson, 1895 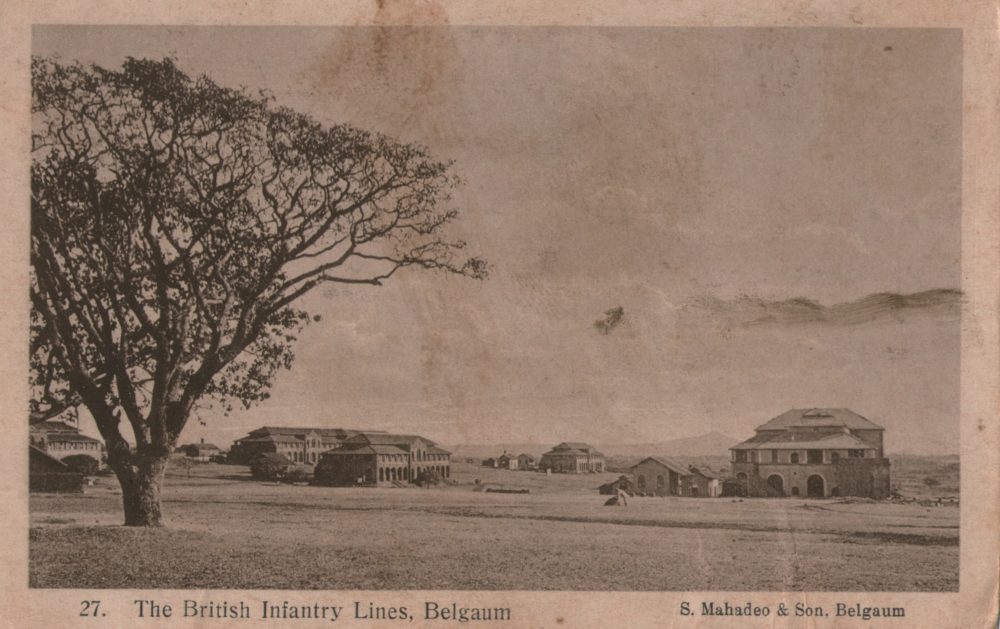 The city served as a major military installation for the British Raj, primarily due to its proximity to Goa, which was then a Portuguese territory. Once the British left India, the Indian government continued and still continues to have armed forces installations in Belgaum.
…
Belgaum’s salubrious climate, proximity to the coast and strategic position near Portuguese Goa commended it to the British as a suitable location for an army training centre and cantonment, which it continues to be today for the Indian Armed Forces, along with an air force station of the Indian Air Force. The British had a sizeable infantry post here, having realised the military importance of its geographical location.
Wikipedia. 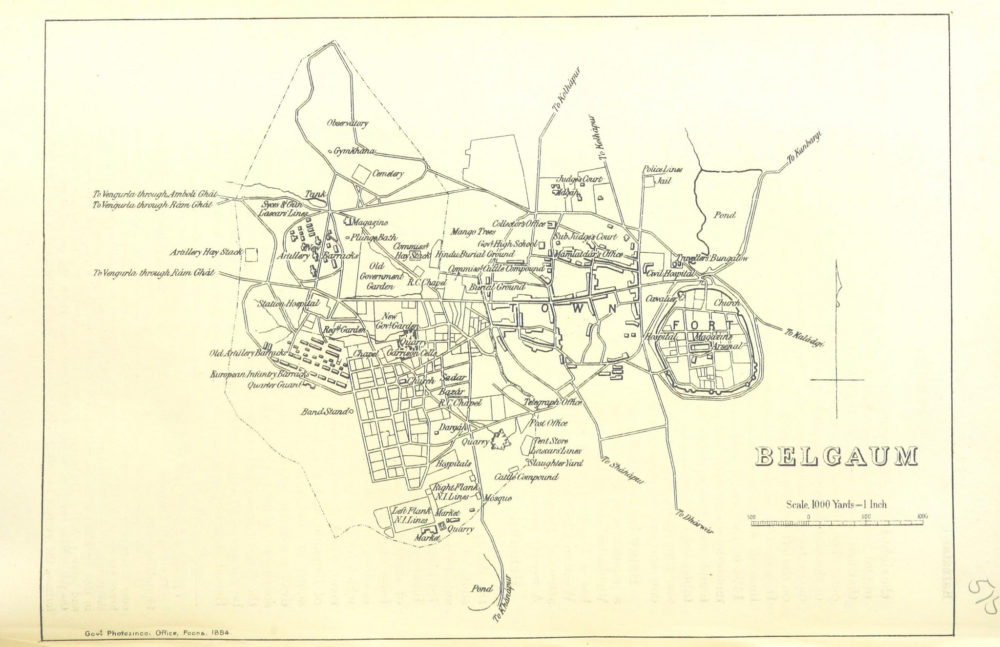 This map of Belgaum (from Wikipedia Commons) shows the location of various military camps around the city (which can be match to locations on Google Maps (e.g. “New Artillery Barracks” is the same area as “BM School Playground”). Which particular camp the postcard is showing is a little harder to determine.