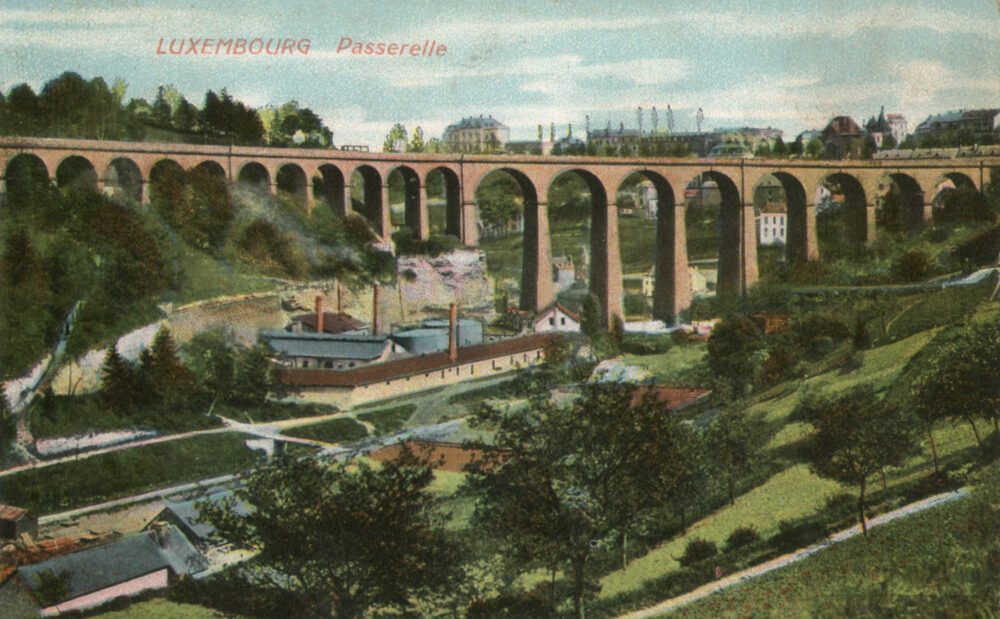 The Passerelle, also known as the Luxembourg Viaduct, is a viaduct in Luxembourg City, in southern Luxembourg. Nowadays it runs from the south into the city centre, Ville Haute, carrying road traffic across the Pétrusse valley and connecting Avenue de la Gare to Boulevard Franklin Delano Roosevelt. It is 290 m long, with 24 arches, and 45 m above the valley floor. It is also known as the Old Bridge (Luxembourgish: Al Bréck, French: Vieux pont, German: Alte Brücke) by people from Luxembourg City. The ‘new bridge’ in this comparison is the Adolphe Bridge, which was built between 1900 and 1903.

The Passerelle was built between 1859 and 1861 to connect the city centre with Luxembourg’s new railway station, which was located away from the city centre so as to not detract from the defensive capabilities of the city’s fortress. It was conceived by the engineers Achille N. Grenier and Auguste Letellier, and built by the British company Waring Brothers.
Wikipedia. 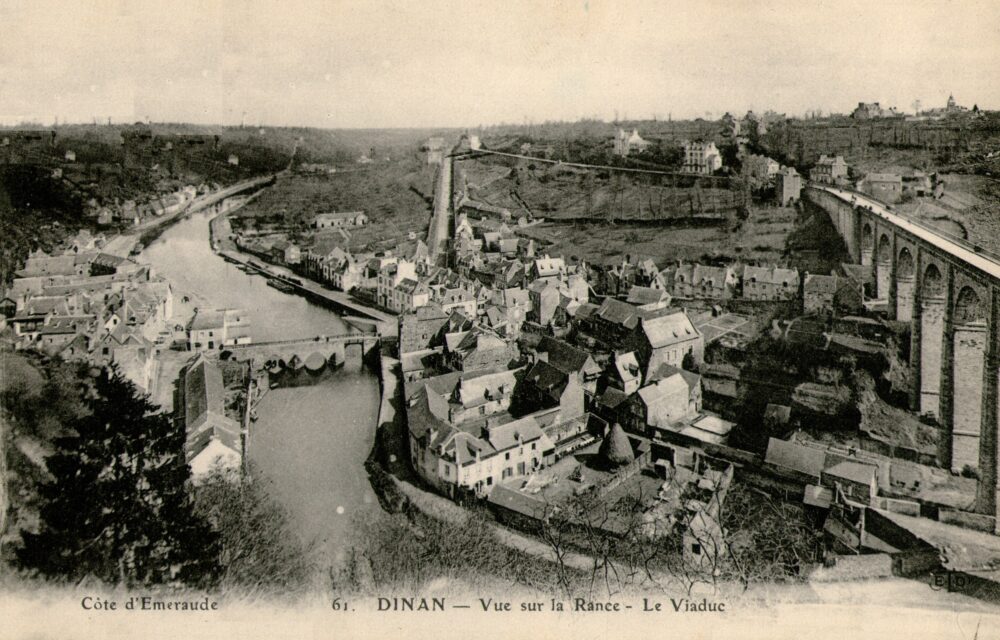 Dinan is a walled Breton town and a commune in the Côtes-d’Armor department in northwestern France. . . . Its geographical setting is exceptional. Instead of nestling on the valley floor like Morlaix, most urban development has been on the hillside, overlooking the river Rance. The area alongside the River Rance is known as the port of Dinan and is connected to the town by the steep streets Rue Jerzual and its continuation outside the walls the Rue de Petit Fort.
Wikipedia.

For centuries Le Vieux Pont was the only bridge in Lanvallay. This magnificent stone bridge is in perfect state of maintenance and boasts superb views of the Rance and its banks. However, only pedestrians and light weight vehicles can use it. Indeed, by the early 19th century Le Vieux Pont was already too narrow and too weak to sustain constant and increasing traffic. A new bridge was needed. The first stone (grey granite) of the Viaduc de Lanvallay was therefore laid on September 3, 1846. It opened to traffic in 1852. Ten arches support the 250m long x 40m high viaduct which connects Lanvallay, on the hillside, to the wall city of Dinan on the opposite side.
Travel France Online