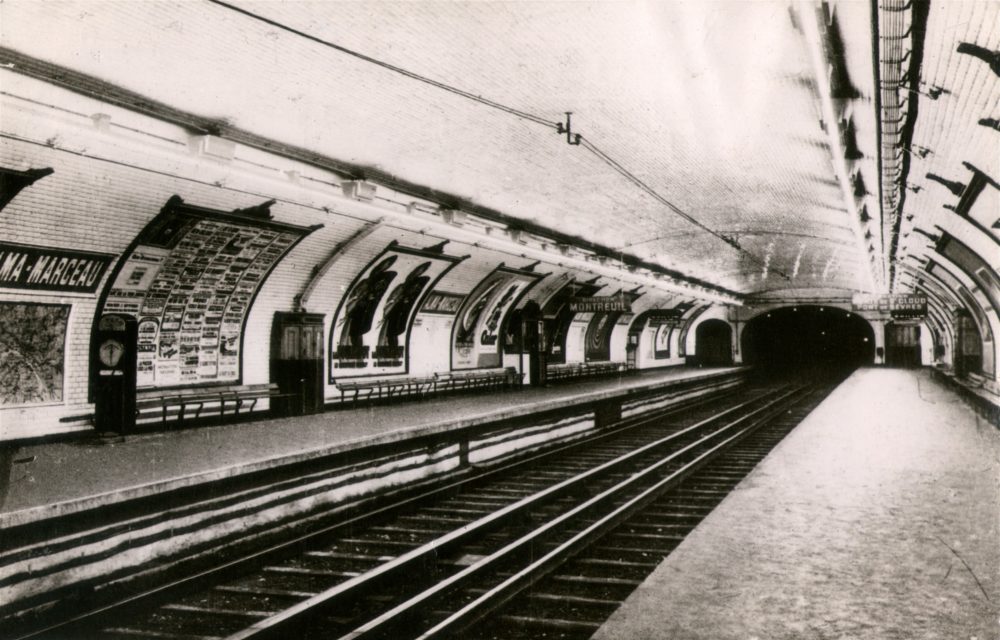 The Paris Métro, short for Métropolitain, is a rapid transit system in the Paris metropolitan area, France. A symbol of the city, it is known for its density within the city limits, uniform architecture and unique entrances influenced by Art Nouveau. It is mostly underground and 214 kilometres (133 mi) long. . . . The first line opened without ceremony on 19 July 1900, during the World’s Fair (Exposition Universelle). The system expanded quickly until the First World War and the core was complete by the 1920s. Extensions into suburbs and Line 11 were built in the 1930s. The network reached saturation after World War II with new trains to allow higher traffic, but further improvements have been limited by the design of the network and in particular the short distances between stations.
Wikipedia. 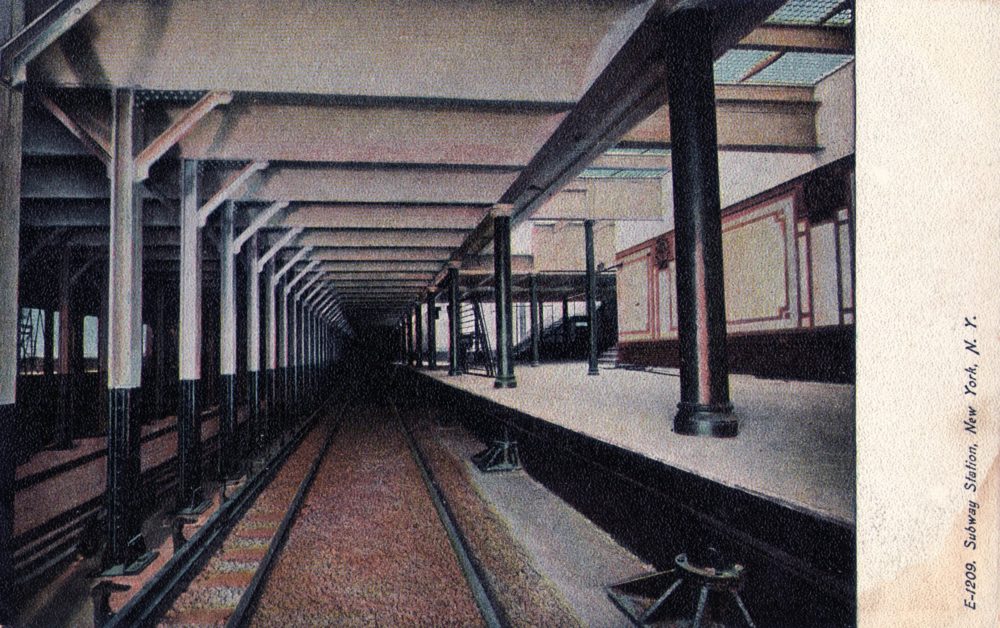 18 St was part of the first New York subway, opened in 1904. Like most local stations on the line, it is just below street level to reduce stair height, so there is no mezzanine, and it has separate fare controls on platform level on each side….When the Board of Transportation embarked on a platform extension program after World War II, they decided to close 18 St rather than enlarge it.
Abandoned Stations: 18 St (with more information and images)

Forgotten New York: Postcards from down under, Part 2

NYC Subway (link to more images on the right)