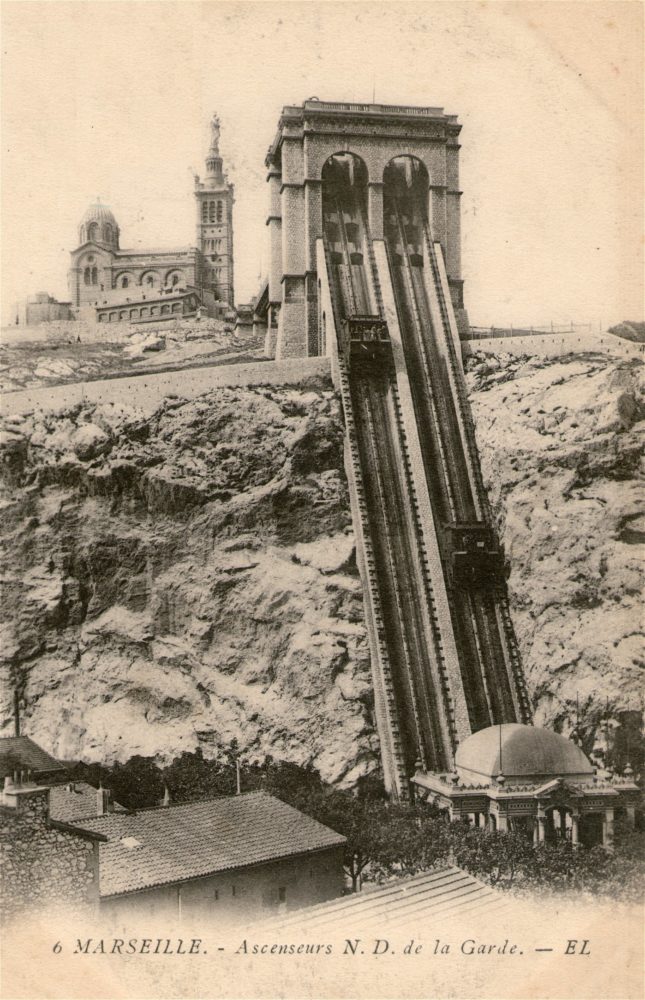 In 1892 a funicular was built to reduce the effort of scaling the hill; it became known as the ascenseur or elevator. The base was at the lower end of Rue Dragon. The upper station led directly onto a footpath to the terrace beneath the basilica, leaving only a short climb to the level of the crypt at 162 m (531 ft). Construction took two years.

The funicular consisted of two cabins each weighing 13 tons when empty, circulating on parallel cogged tracks. The movement was powered by a “hydraulic balance” system: each cabin, in addition to its two floors capable of holding fifty passengers total, was equipped with a 12 cubic meter tank of water. The cabins were linked by a cable; the tank of the descending cabin was filled with water and that of the ascending cabin emptied. This ballasting started the system moving. The vertical distance between the two stations was 84 m (276 ft). The water collected at the foot of the apparatus at the end of each trip was brought back to the top with a 25-horsepower pump—true horsepower, because the pump was powered by steam. Travel time was two minutes, but filling the upper tank took more than ten minutes, forcing waits between departures, in spite of often considerable crowds. The last adventure after the ascent was crossing the 100-meter footbridge up the steep slope. Built by Gustave Eiffel, the footbridge was only 5 metres (16 ft) wide and very exposed to the mistral winds.
Wikipedia: Notre-Dame de la Garde 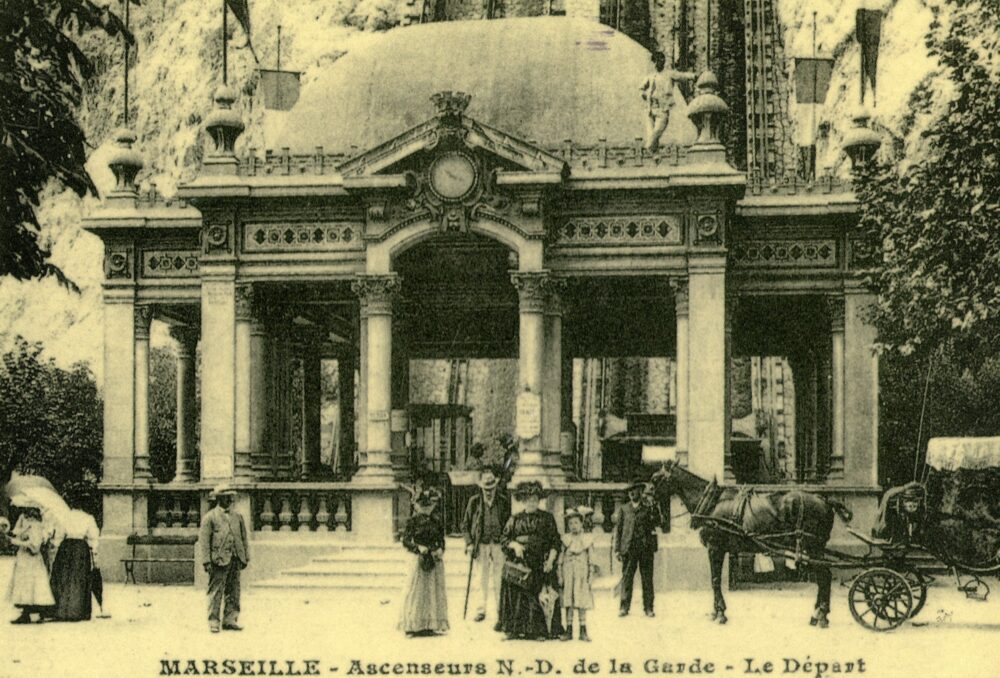