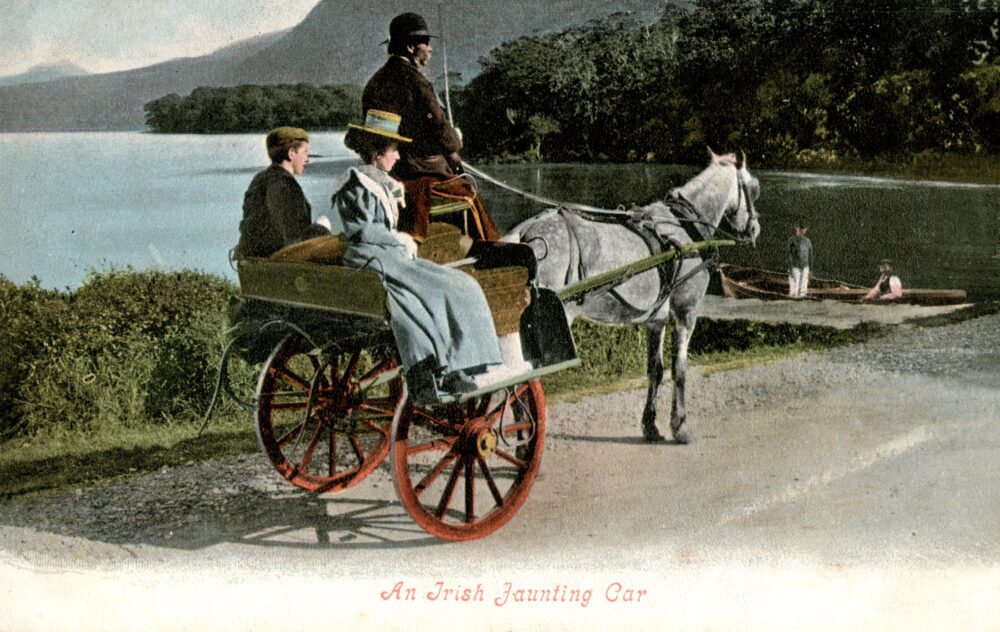 A jaunting car is a light two-wheeled carriage for a single horse, with a seat in front for the driver. In its most common form with seats for two or four persons placed back to back, with the foot-boards projecting over the wheels and the typical conveyance for persons in Ireland at one time (outside jaunting car). Also with passenger seats facing each other (inside jaunting car).
Wikipedia.

This is, properly, an Irish machine. The jaunting car is almost peculiar to our island. A. Scotchman or an Englishman on first landing at Dublin or at Kingstown is struck with this peculiarity; but: they soon learn to relish so agreeable and handsome a conveyance. It is true, that the cars for hire do not present very great temptations: the miserable horses, and too often the squalid, dirty drivers, clamoring for a fare, and underbidding each other with fierce vociferation, while the furious driving, and incessant attempts to take advantage of ignorance and inexperience, render the Dublin carmen almost intolerable, (we speak generally) except to those who are content to endure these disadvantages for the pleasure and ease of being conveyed to any part of the city or country. But none who have enjoyed the comforts of that pleasant vehicle, a private car, will quarrel with our designating it agreeable and handsome. Almost every citizen who can afford it, (and we are sorry to add, many who can not,) keeps a car
“The (Irish) Jaunting Car”, from the Dublin Penny Journal, 14 July 1832 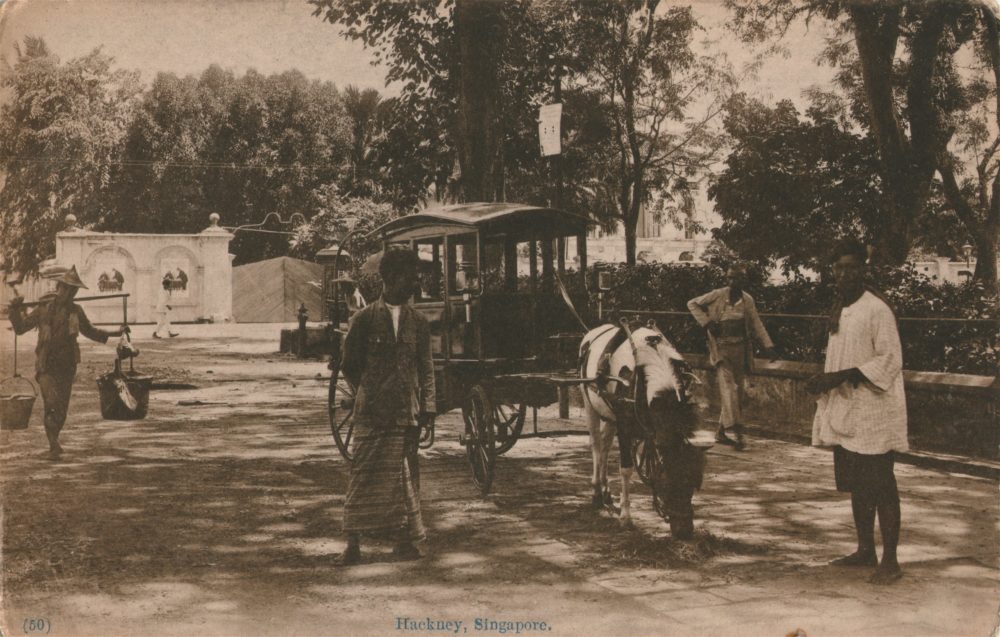