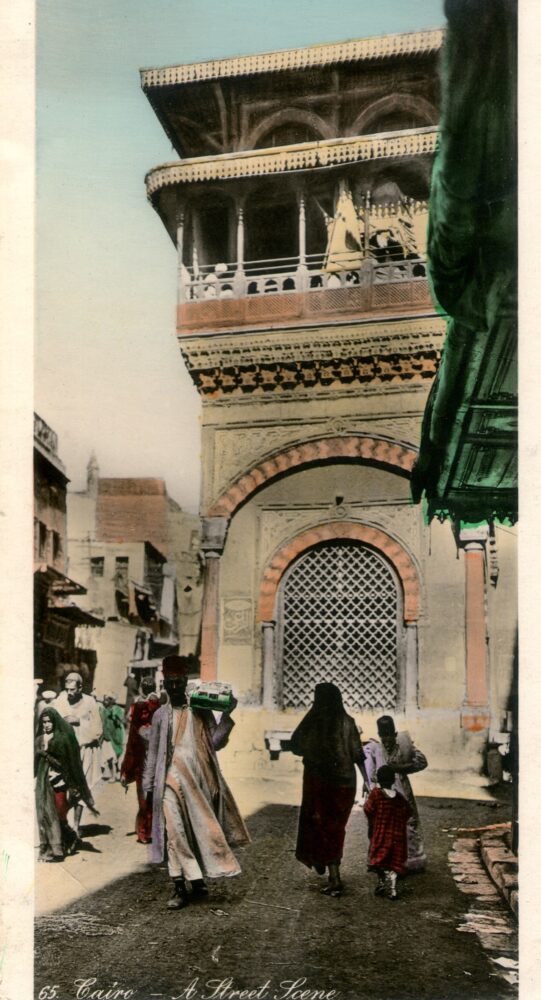 Sabil (Water Dispensary) and Kuttab (Qur’anic School) of ‘Abd al-Rahman Katkhuda
This monument has a special artistic importance, for it is a free-standing complex that consists of a sabil (water dispensary) and a kuttab (Qur’an school) both of which display many of the glories of Islamic art specific to the Ottoman period. The building represents the style of sabil that has three windows and which is a blend of the Mamluk and Ottoman styles. The sabil has three facades (south, north and west) that are identical and equal in length. Each façade contains a semi-circular arch, which is supported by two spiral marble pillars. In the middle of the arch is a large opening from which cups of water may be obtained for passers-by (windows for the procurement of water or tasbil).
Museum With No Frontiers: Discover Islamic Art

The Sabil-Kuttab of ‘Abd al Rahman Katkhuda of 1744 was named for its patron, a Mamluk amir and leader of the Egyptian Janissaries. The two-story square structure consists of the fountain within the block of the first level, which is surmounted by space for the school in the form of a two-tiered arcaded pavilion.
ArchNet

Sabil-Kuttab of Abd al-Rahman Katkhuda is a historic monument in the historic district of Cairo, Egypt. It comprises a public fountain or sabil, an elementary Quran school or kuttab, and an adjacent residential wing. A prime example of Egyptian architecture of its time, it was commissioned in 1744 by Abd al-Rahman Katkhuda, a local official who was a prominent patron of architecture. . . . Built in 1744 CE, it is named for its patron, a Mamluk amir (prince) and leader of the Egyptian Janissaries, who died in 1776. He did much work in Cairo including developments to Al-Azhar University and mosque. He also rebuilt the dome of the Qala’un Mosque after an earthquake in Egypt. Sabils and kuttabs were almost everywhere in old Islamic Cairo during Mamluk and Ottoman times. Sabils are facilities providing free, fresh water for thirsty people who are passing by. Kuttabs are primitive kinds of elementary schools that teach children to read and write. The Sabil-Kuttab was built using the Mamluk Egyptian style which continued to overwhelm all the styles of such buildings even after the Ottoman conquest in 1517. The architecture of this time was so delicate that even simple facilities like sabils were designed to be pieces of art.
Wikipedia.