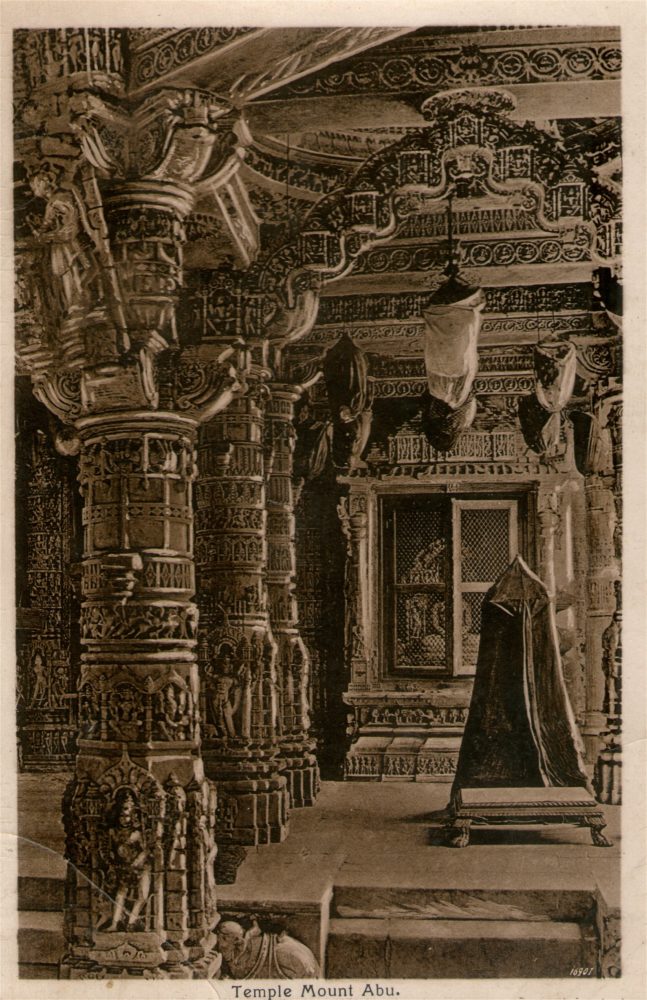 The Dilwara Temples or Delvada Temples are located about ​2 1⁄2 kilometres from the Mount Abu settlement, Rajasthan’s only hill station. These Jain temples were built by Vimal Shah and designed by Vastupala, Jain minister of Dholka, between the 11th and 16th centuries and are famous for their use of white marble and intricate marble carvings. They are a pilgrimage place of the Jains, and a popular general tourist attraction.
…
The temple complex is in the midst of a range of forested hills. There are five temples in all, each with its own unique identity. All the five temples are enclosed within a single high walled compound. The group is named after the small village of Dilwara or Delvara in which they are located. The five temples are:

Jain architecture is an offshoot of Hindu and Bhuddhist styles. In the intial years, many Jain temples were made adjoining the Bhuddhist temples following the Bhuddhist rock-cut architecture. Initially these temples were mainly carved out of rock faces and the use of bricks was almost negligible. However, in later years Jains started building temple cities hills based on the concept of “mountains of immortality.

Jain temples have numerous pillars having a well designed structure, forming square.
The squares thus formed create chambers, used as small chapels and contains the image of a deity.
From these pillars are richly carved brackets that emerge at about two third of their height.
The rooms of these temples have pointy domes and wherever there is dome, the pillars are omitted to create an octagonal space within.
The only variation in architecture specific to Jain temples is the frequently seen four-faced or chaumukh design.
In these four faced temples, the image of a Tirthankar faces back to back to faces four cardinal directions.
Entry into these temples are also from four doors that face the cardial directions.
Jain Temple Architecture