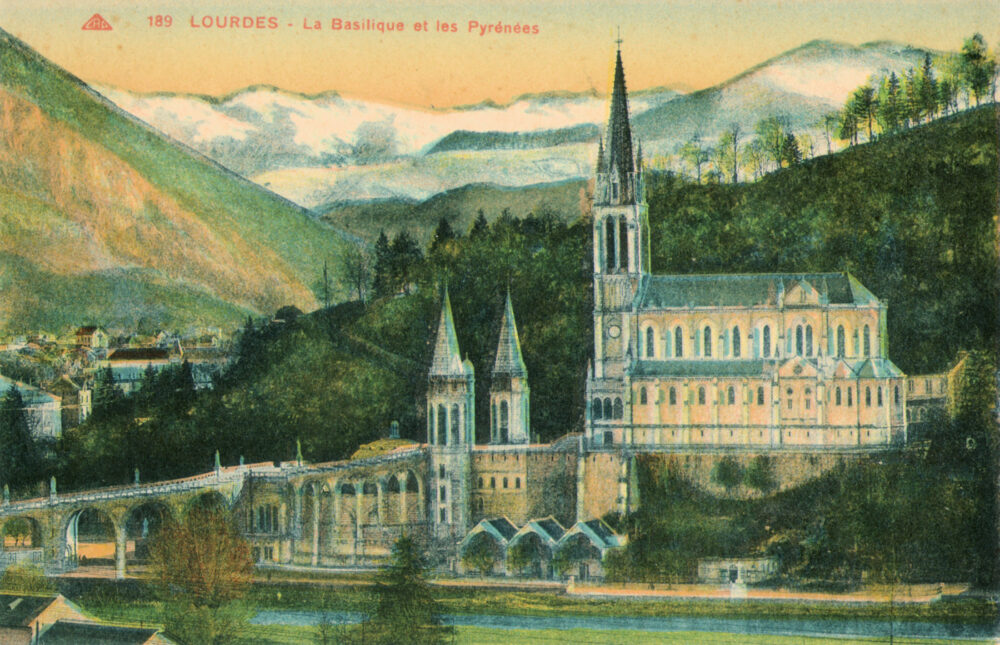 The Sanctuary of Our Lady of Lourdes (French: Sanctuaire de Notre-Dame de Lourdes) or the Domain (as it is most commonly known) is an area of ground surrounding the Catholic shrine (Grotto) to Our Lady of Lourdes in the town of Lourdes, France. The Sanctuary is a destination for pilgrimage; sick pilgrims are reputed to be miraculously healed by Lourdes water. This ground is owned and administered by the Roman Catholic Church, and has several functions, including devotional activities, offices, and accommodation for sick pilgrims and their helpers. The Domain includes the Grotto itself, the nearby taps which dispense the Lourdes water, and the offices of the Lourdes Medical Bureau, as well as several churches and basilicas. It comprises an area of 51 hectares, and includes 22 separate places of worship. . . .
The shrine of Our Lady of Lourdes, in France, began in the 19th century AD. In 1858 from February 11 to July 16, a 14-year-old peasant girl, called Bernadette Soubirous, saw a vision of the Virgin Mary while playing in the stream with her sister and friend. . . . At the time of the apparitions, the grotto lay well outside town, on common ground which was used by the villagers variously for pasturing animals, collecting firewood, and as a garbage dump, and it had a reputation for being an unpleasant place. . . . Public interest in the apparitions grew, and curious visitors began to be replaced by pilgrims from increasingly far away, drawn by compelling stories of apparitions and miracles. A local priest, Abbé Dominique Peyramale, together with his bishop, Monsignor Bertrand-Sévère Mascarou Laurence, bought the grotto and the land around it from the commune in 1861, 3 years after the apparitions. Immediately they set about modifying the area to make it more accessible to visitors, and started work to build the first of the churches, which is now known as the Crypt.
Wikipedia. 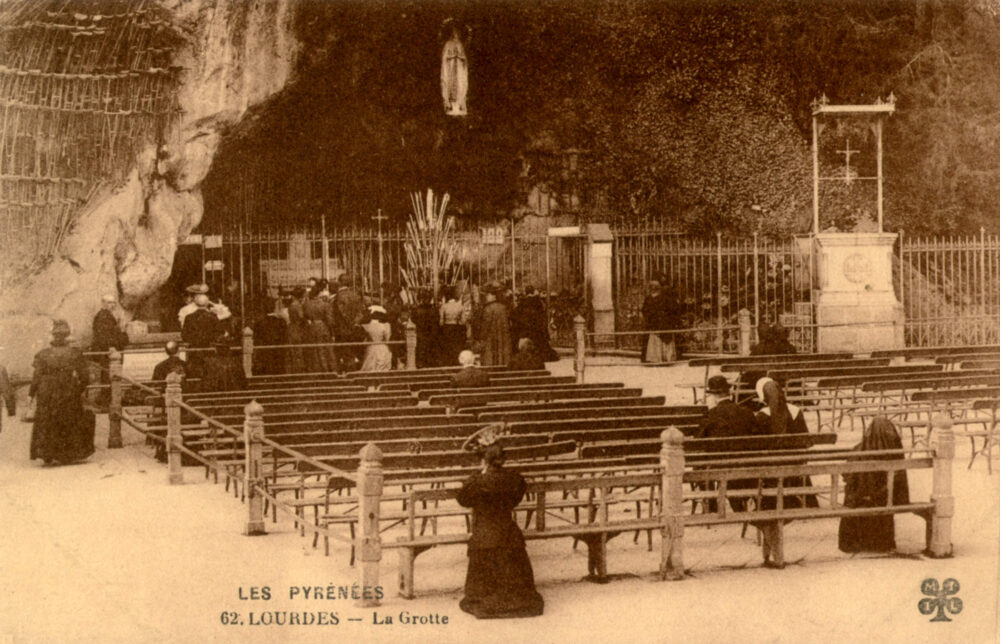 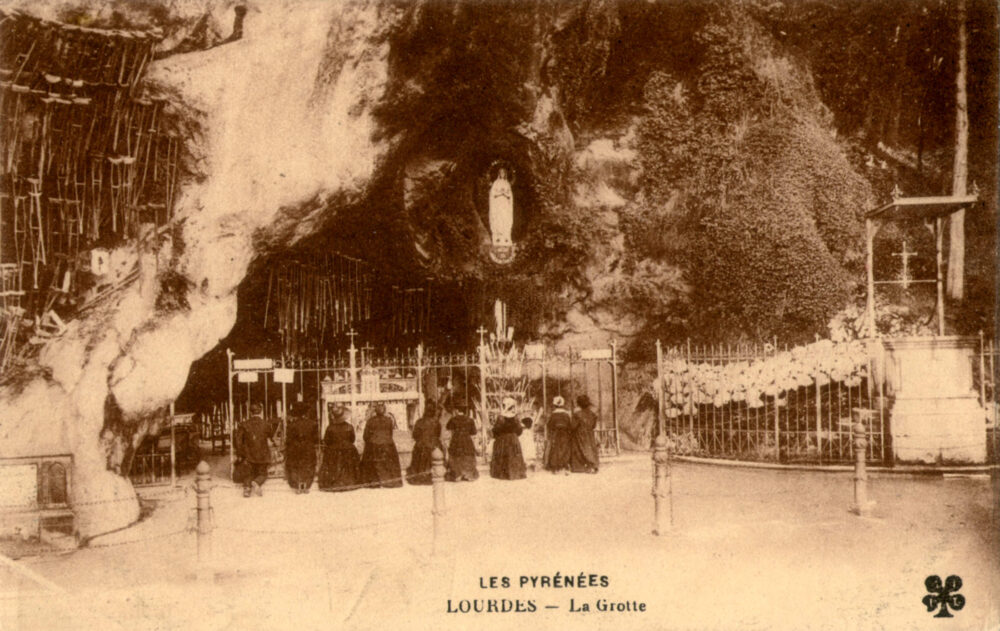 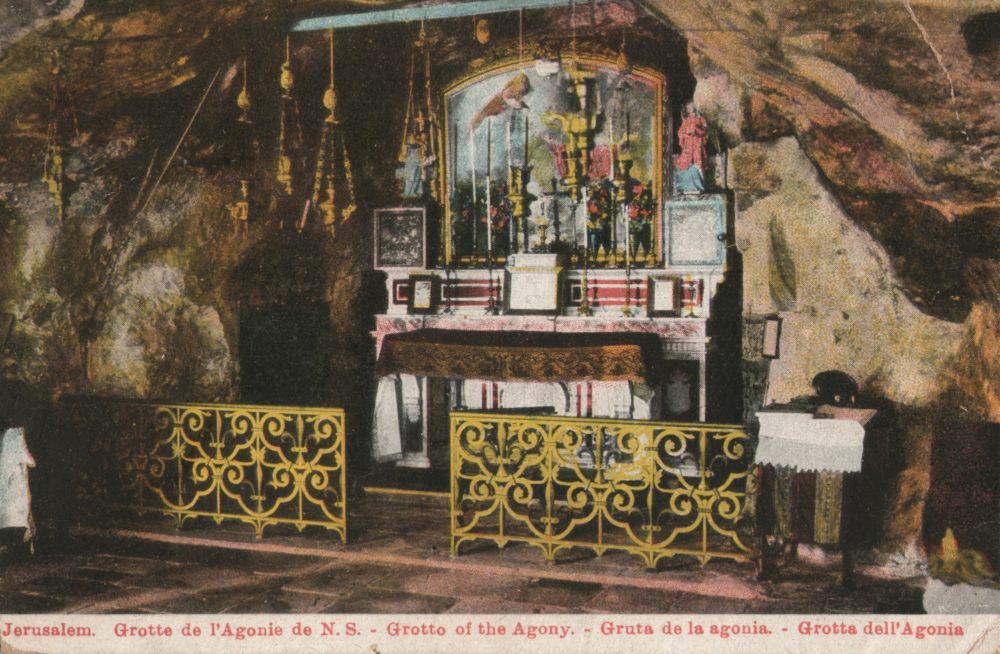