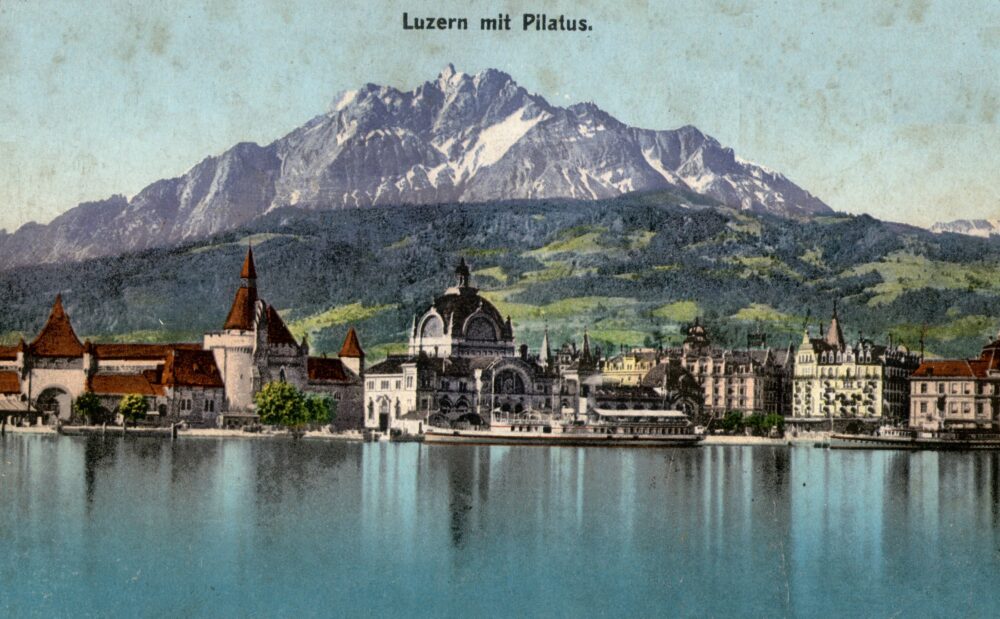 A new station was opened in 1896 with a large new building with a distinctive cupola. It was turned at almost 90° to the original station with its end to the north towards the bridge to central Lucerne, requiring a significantly changed approach line. The new approach had no level crossings of streets unlike the original route, but instead ran on embankments or in cuttings. The Brünig railway was also integrated into the new station. The tracks were electrified in 1922 along with the line from Olten. By 1910 the new station was nearing its capacity limits and an expansion plan was developed. However, the start of World War I prevented any work being carried out. On the morning of 5 February 1971 fire broke out in the staff quarters of station. The building burnt fiercely, and within an hour the cupola had collapsed, destroying the station frontage and concourse.
Wikipedia.

Building on left: Friedensmuseum (War and Peace Museum), moved to a new location in 1910. 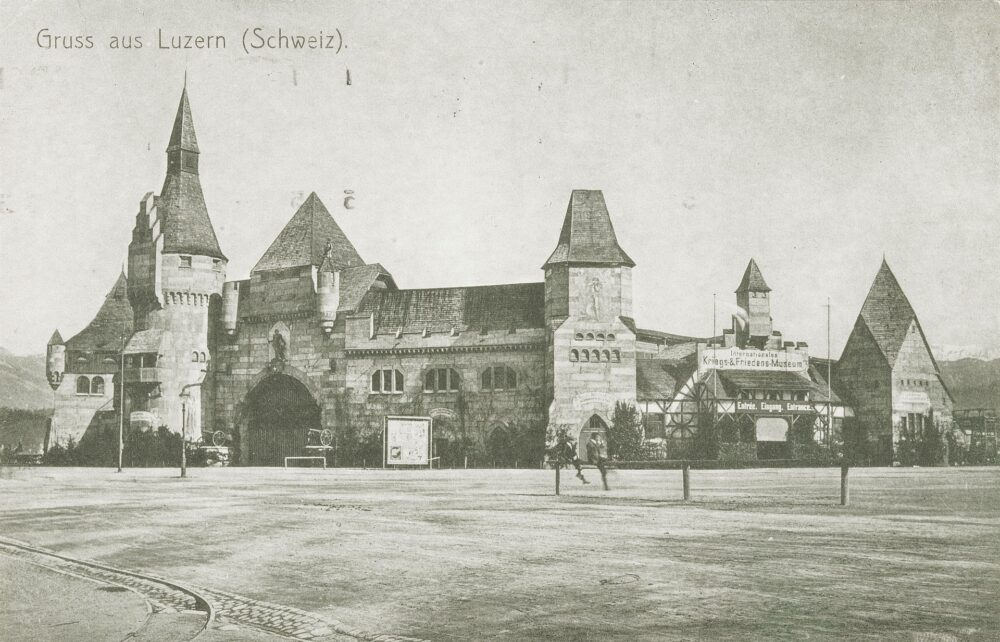 Both buildings can be seen here. 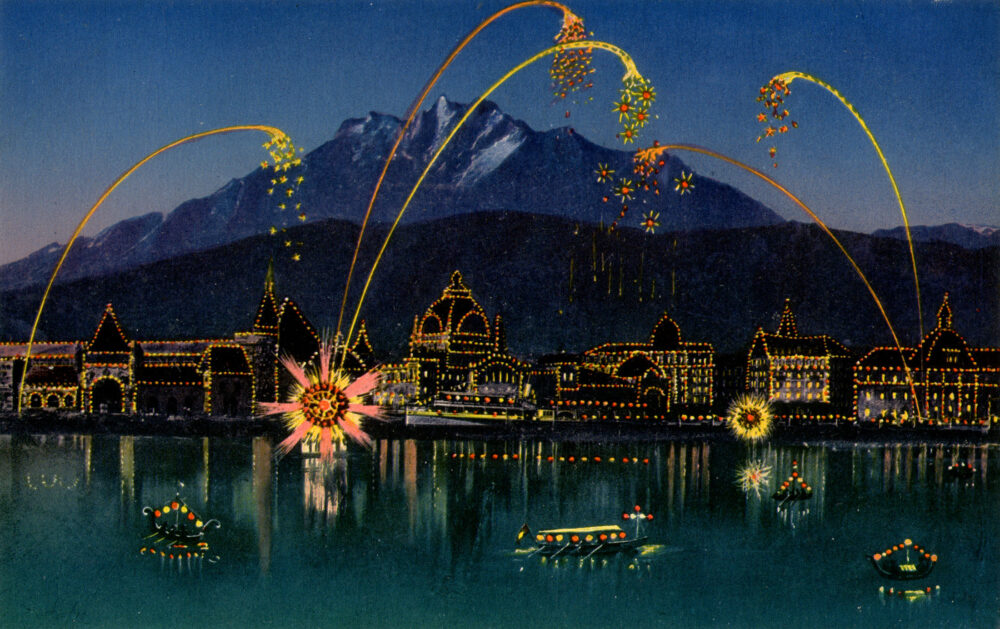