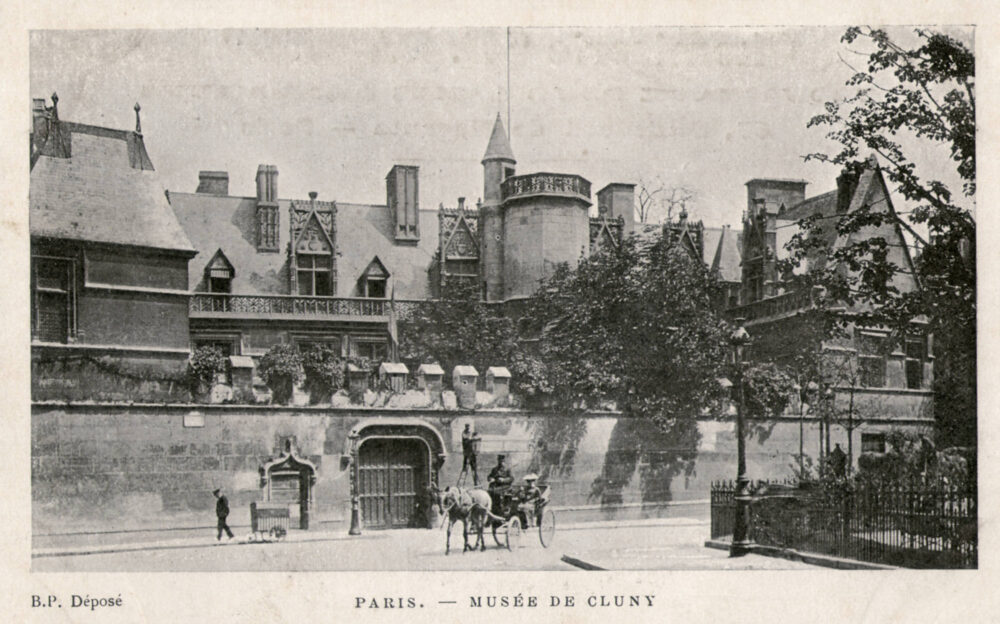 The Musée de Cluny, also known as Musée national du Moyen Âge – Thermes et hôtel de Cluny (“National Museum of the Middle Ages – Cluny thermal baths and mansion), is a museum of the Middle Ages in Paris, France. It is located in the Latin quarter in the 5th arrondissement of Paris at 6 Place Paul-Painlevé, south of the Boulevard Saint-Germain, between the Boulevard Saint-Michel and the Rue Saint-Jacques. The Hôtel de Cluny is partially constructed on the remnants of the third century Gallo-Roman baths known as the Thermes de Cluny, thermal baths from the Roman era of Gaul. The museum consists of two buildings: the frigidarium (“cooling room”), within the vestiges of the Thermes de Cluny, and the Hôtel de Cluny itself, which houses its collections.
Wikipedia.

The Musée de Cluny is an extremely valuable collection of medieval products of art and industry. As there are over 11,000 objects, one visit will hardly suffice for even a glance at the most important. . . . The entrance is at 24 Rue Du Sommerard. The court is enclosed by a battlemented wall. We enter by a large gate or by a postern, both adorned with tasteful sculptures. The main building and the wings have Gothic windows with stone mullions, an open-work parapet, and dormer-windows of delicate execution. In the centre of the facade rises a turret. The left wing has four large Gothic arcades. In the right wing is the entrance to the garden. The door of the museum is at the right angle of the main building.
[continues with room by room description]
Paris and environs, with routes from London to Paris : handbook for travellers, 1913, pp.280+ 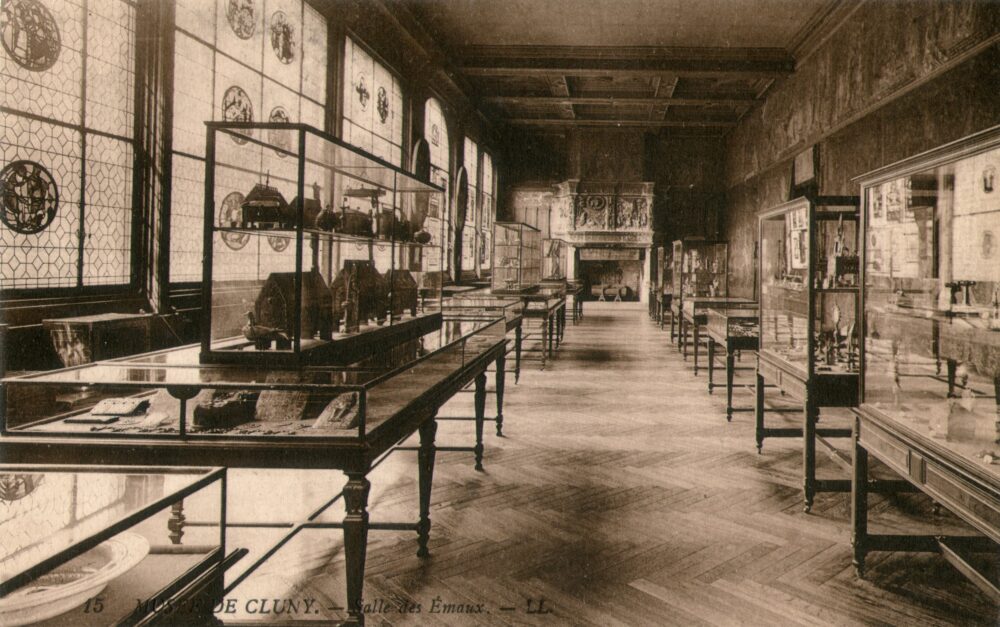 In the Middle Ages, enamelling was one of the main techniques used to decorate gold and silver work. Enamel consists of powdered glass, coloured using metal oxides (cobalt, copper, iron, etc.) and usually rendered opaque. Applied on top of metal (gold, silver or copper), it becomes liquid when fired and solidifies onto the metal when it cools down. Either opaque or translucent, enamels, which were an ideal tool for decoration or narration, were extraordinarily popular in the Middle Ages, due to their brilliance and colours. Almost all enamelling techniques were invented or developed in medieval times.
Musee de Cluny: Enamels in the Middle Ages (pdf) 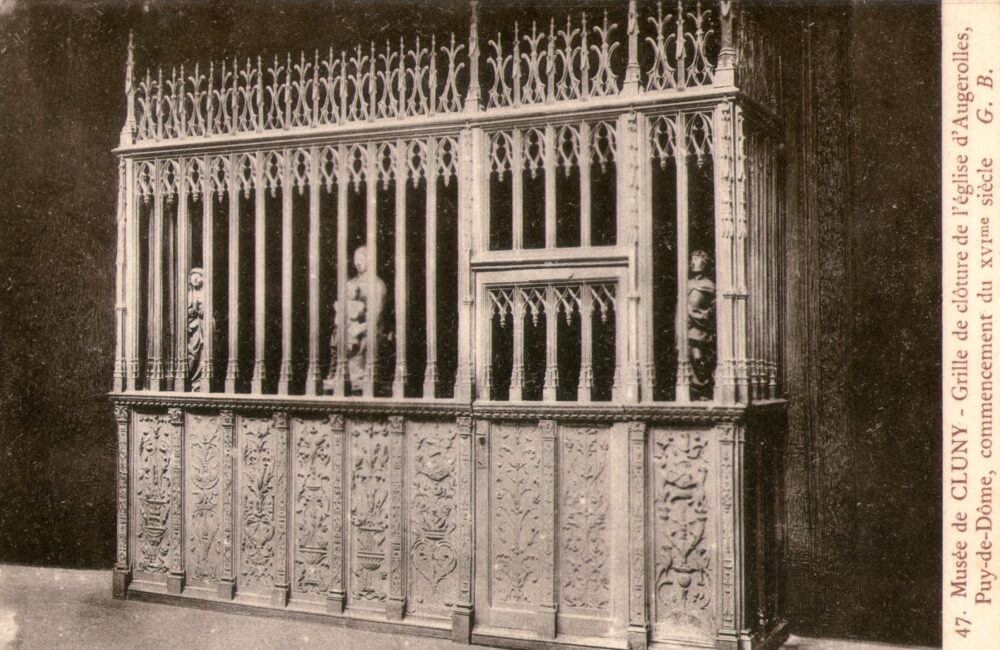 The furniture of the Middle Ages must be divided under two different heads; the most important examples are evidently those for religious use. . . . We shall dwell but little, however, on this branch of furniture, which diverges slightly from the special object of this study; it will be sufficient for us to point out the types in our museums which exhibit its characteristics. First of all we shall mention the sumptuous sacristy “dressoir,” or sideboard, preserved at Cluny, taken from the church of Saint Pol-de-L6on. . . . A no less important piece of the same period is the carved woodwork grating forming the enclosure of one of the chapels of the church of Augerolles (Puy-de-Dôme).
History of Furniture, 1878, image 44