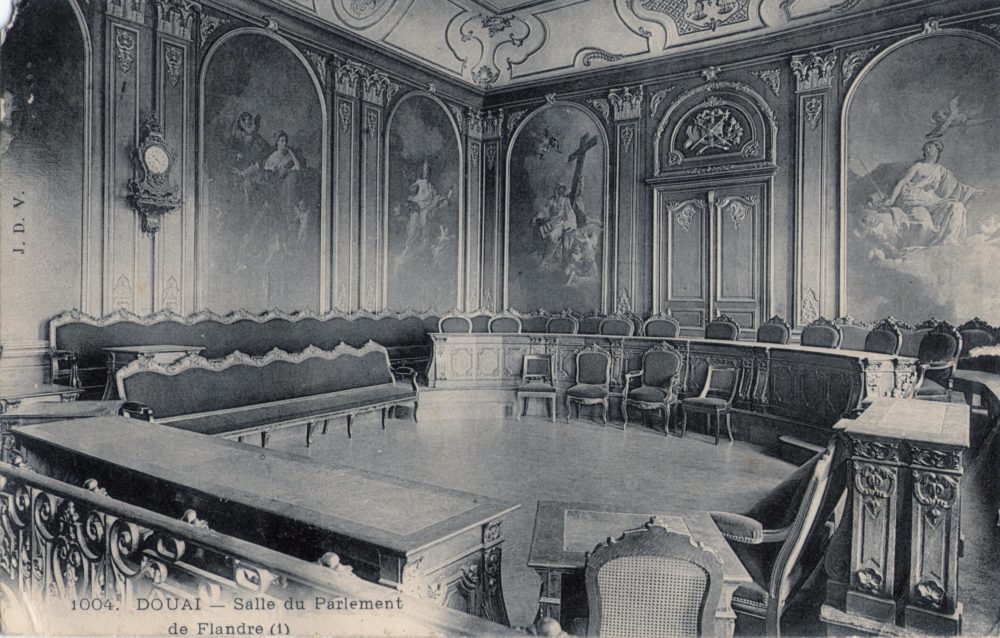 A parlement, in the Ancien Régime of France, was a provincial appellate court. In 1789, France had 13 parlements, the most important of which was the Parlement of Paris. While the English word parliament derives from this French term, parlements were not legislative bodies. They consisted of a dozen or more appellate judges, or about 1,100 judges nationwide. They were the court of final appeal of the judicial system, and typically wielded much power over a wide range of subject matter, particularly taxation. Laws and edicts issued by the Crown were not official in their respective jurisdictions until the parlements gave their assent by publishing them. The members were aristocrats called nobles of the gown who had bought or inherited their offices, and were independent of the King.
Wikipedia. 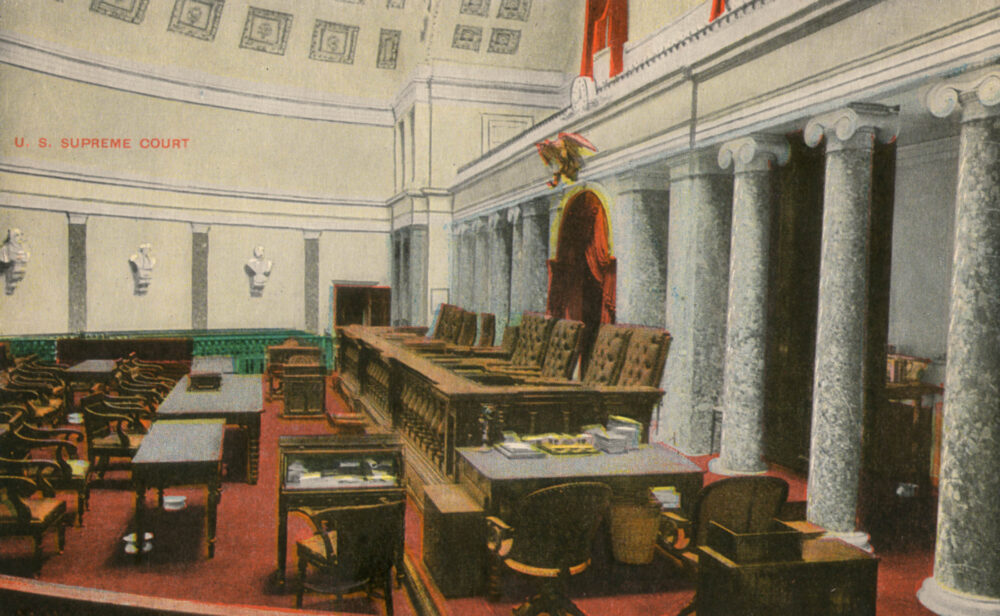 Text on back
U.S. Supreme Court, in the Capitol, Washington. In front of the loggia of Potomac marble columns is the bench of the Supreme Court; the chair of the Chief Justice is in the centre, those of the eight associates on either side. In the wall niches are busts of former Chief Justices.”