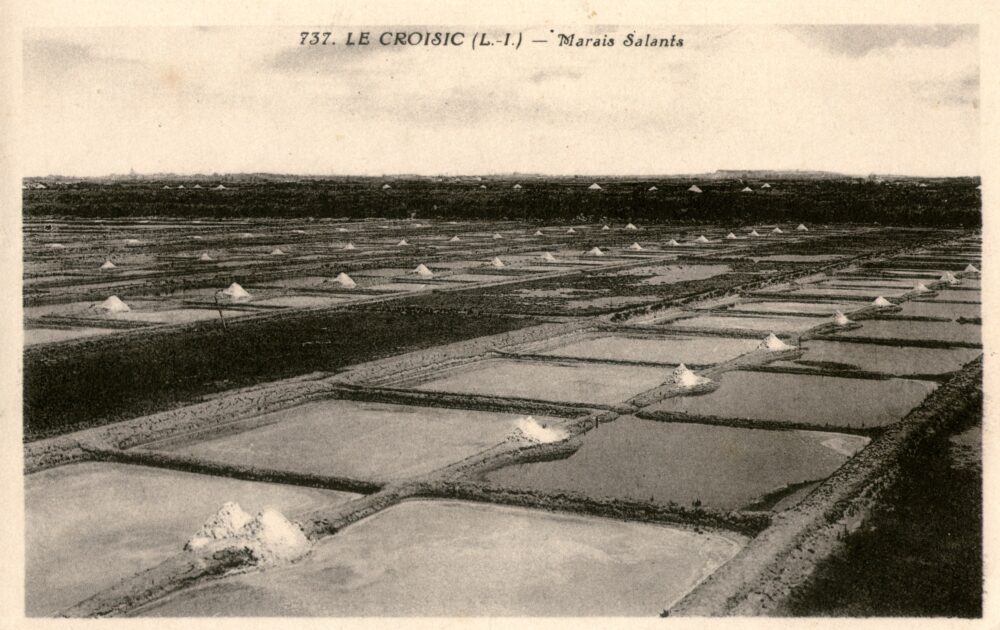 The salterns of Guérande is a swamp of salt water about 1 700 hectares in size. The current saltmarshes began before the 9th century and lasted for several centuries. Around the year 1500, the marshes reached 80% of the current surface. The latest were built around 1800. In the middle of the 19th century, a gradual decline started for different reasons : competition from a salt mine, lower consumption of salt as a product of conservation and improvement of transport by land. The salt of Guérande used to be traded throughout Brittany, tax free until Emperor Napoleon Bonaparte decided to tax it resulting in the beginning of a decline of salt activity.
Wikipedia.