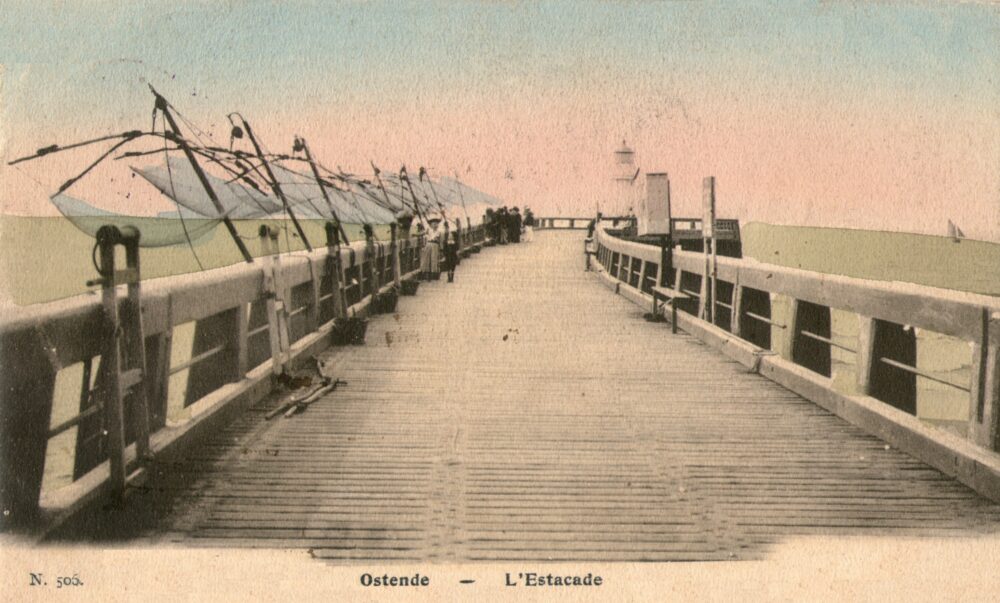 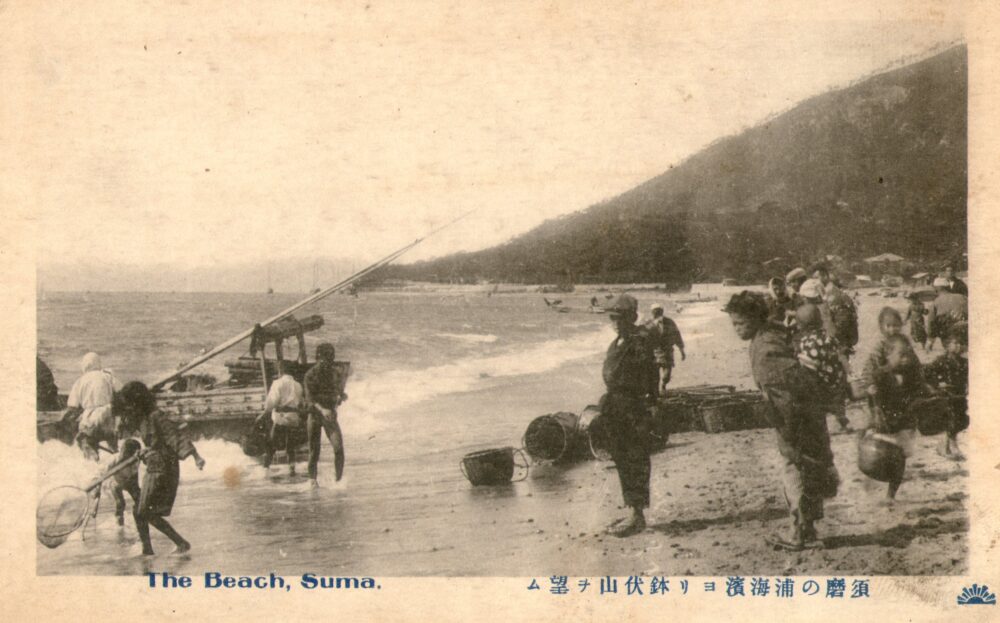 (Not sure on the transcription, it is hard to read in places. 須磨 is Suma.)

There is a white sandy beach in this ward, which attracts tourists to the Kansai region for sun bathing and popular events during the summer season. The same beach has appeared in the classic epics Genji monogatari, Heike monogatari, and Ise monogatari. Thus Suma is often referred as an utamakura or meisho, referenced frequently in waka poetry, Noh theatre, kabuki and jōruri.
Wikipedia.

“Suma, or Suma-no-Ura (4 M.), Shioya (6 M.), and Maiko (9 M.), all popular and attractive bathing-resorts W. of Kobe (main line of the Sanyo Rly., and the electric trolley), on the beautiful shore of the Inland Sea, possess fine shingly beaches (the delight of children), lovely sea views and a charm which has been the theme of native poets for ages. A day can be spent very pleasantly visiting the three places.
“…Many fishing-boats dot the placid waters, and long nets filled with silvery fish are often hauled up on the sandy shore [at Suma]. The sea-bathing is excellent and safe, with no heavy ground-swell or treacherous undertow.”
“Terry’s Japanese Empire”, T. Phillip Terry, 1914
Old Tokyo

There were three villages on this beach, Higashi-suma, Nishi-suma, and Hama-suma. None ofthese villages, however, seemed to have a distinctive local trade. According to an ancient poet, there used to be a great number of salt farms on the beach, but they must have gone out of existence years before. I saw small fish called kisugo spread on the sand to be dried. Some villagers–they hardly seemed professional fishermen–were guarding the fish against the crows that dived to grab them. Each had a bow and arrow in his hand. I wondered why these people still resorted to such a cruel means without the slightest sense of guilt, and thought of the bloody war that had taken place in the mountains at the back of the beach.
“Oku no Hosomichi (The Narrow Road to the Deep North, and other travel sketches)”, Matsuo Basho, 17o2 (translated Nobuyuki Yuasa, 1966 Penguin Classics, p.88)