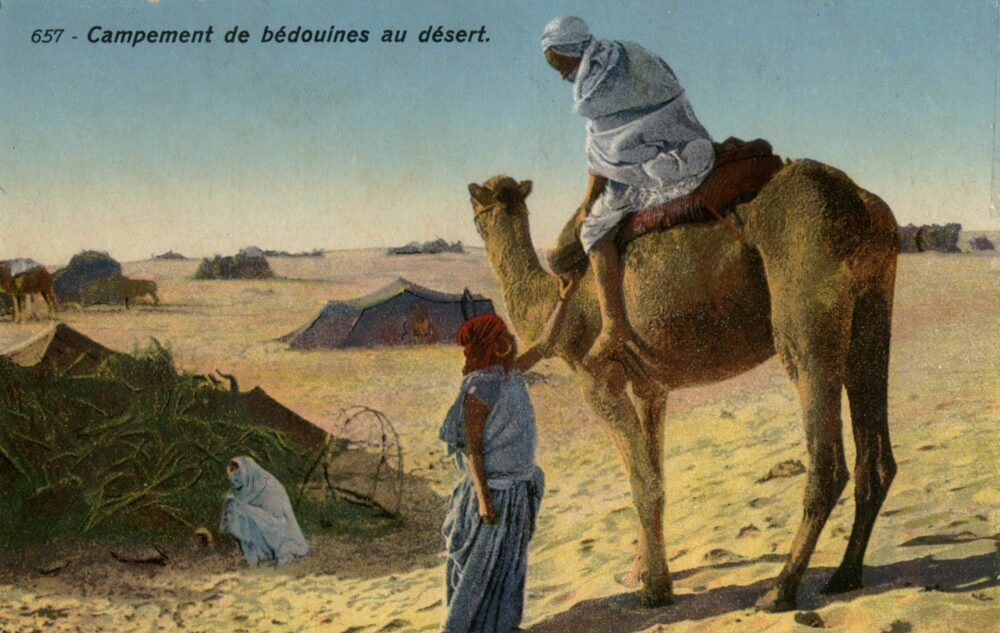 Livestock and herding, principally of goats, sheep and dromedary camels comprised the traditional livelihoods of Bedouins. These were used for meat, dairy products, and wool. Most of the staple foods that made up the Bedouins’ diet were dairy products. Camels, in particular, had numerous cultural and functional uses. Having been regarded as a “gift from God”, they were the main food source and method of transportation for many Bedouins.[16] In addition to their extraordinary milking potentials under harsh desert conditions, their meat was occasionally consumed by Bedouins. As a cultural tradition, camel races were organized during celebratory occasions, such as weddings or religious festivals.

Some Bedouin societies live in arid regions. In areas where rainfall is very unpredictable, a camp will be moved irregularly, depending on the availability of green pasture. Where winter rainfall is more predictable in regions further south, some Bedouin people plant grain along their migration routes. This proves a resource for the livestock throughout the winter. In regions such as western Africa, where there is more predictable rainfall, the Bedouin practice transhumance. They plant crops near permanent homes in the valleys where there is more rain and move their livestock to the highland pastures.
Wikipedia.