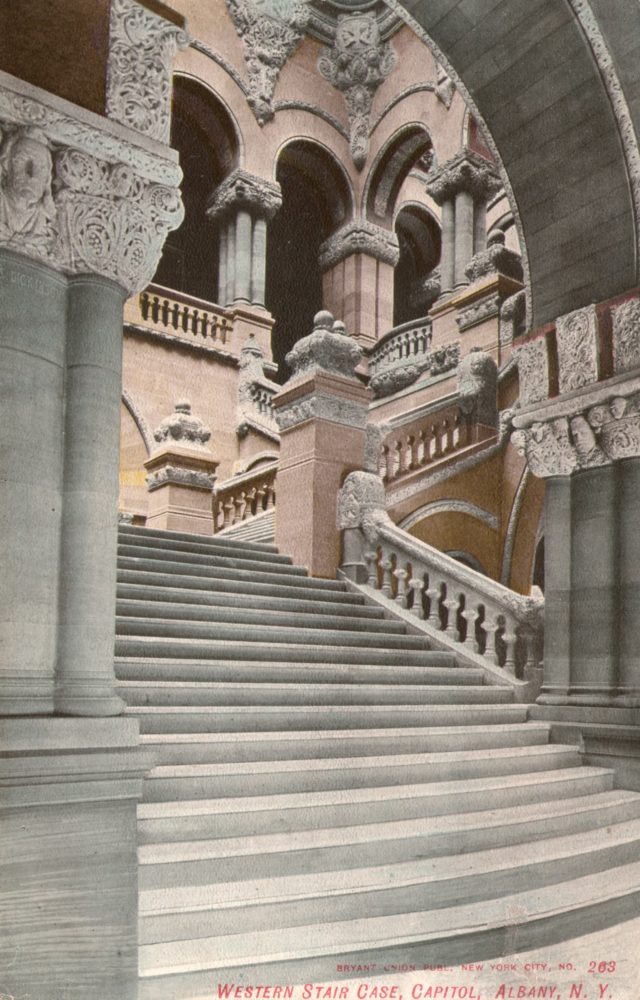 The Capitol Building is impressive, covering three acres and reminiscent architecturally of a French chateau, with Romanesque and French Renaissance influences. The exterior was also likely influenced by the Hôtel de Ville, the city hall of Paris. On the interior, there is also something of the Paris Opera Garnier, which broke ground in 1861 just a few years before the State Capitol. The State Capitol took 32 years to build, all by hand from 1867 to 1899, cost $25 million, and encompassed the efforts of five architects.
. . .
The experience of walking up the Great Western Staircase is more akin to living in an M.C. Escher work of art. Two sets of stairs lead up to a first landing which sits below a vaulted ceiling. The stairs here split into two more staircases going up, leading to another landing, which splits again. In this way, the grand reveal — the skylight and top loggia — is concealed for maximum effect. The skylight is a system of multiple parts, including a large laylight that diffuses the direct light forty feet above the fourth floor. The 3,000 square foot skylight, which sits on both sides of the gabled roof, is made up of 200 glass panes. What is viewable on the inside from the Great Western Staircase is the laylight. The side corridors next to the Great Western Staircase also contain laylights. Electric sconces designed by Louis J. Hinton, a master stone carver, light up the area. An architectural critic (as reported by the Capital Commission) said “the effect of the lighting of the Western Staircase is perfection.”
Untapped New York

The Great Western Staircase is one of the highlights of the New York State Capitol Building in Albany. Also known as the “Million Dollar Staircase”, it took fourteen years to complete at a cost of almost 1.5 million dollars. In 1894, The New York Times called the staircase “the greatest architectural work on this continent.” While that may be a bit of an overstatement, the staircase really is amazing. . . . The staircase is enormous: 119 feet in height and containing 444 steps. The predominant materials are Corsehill freestone, medina sandstone, limestone, and granite. It is illuminated throughout by light fixtures designed by Louis Hinton, and an enormous skylight on the top floor bathes the uppermost levels in natural light.
History View 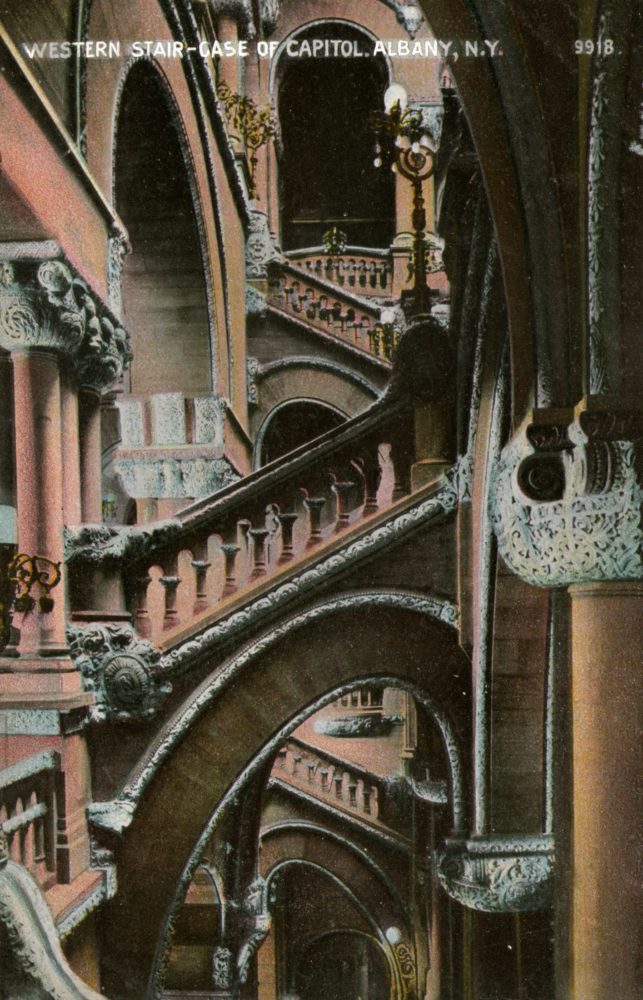 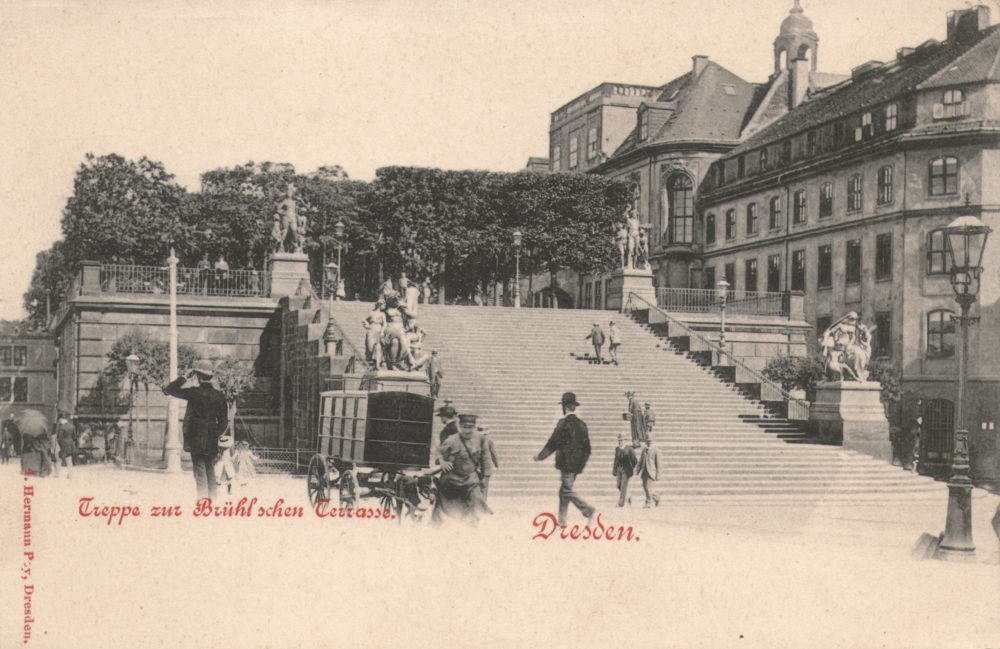 After the Saxon defeat at the Battle of Leipzig and the occupation by Russian troops, military governor Prince Nikolai Grigorjevich Repnin-Wolkonski ordered the opening [of the terrace] to the public in 1814. He charged the architect Gottlob Friedrich Thormeyer with the building of a flight of stairs at the western end to reach the terrace from Castle Square and Augustus Bridge. The Brühl Palace was demolished in the course of the building of the Saxon Ständehaus in 1900.

The ensemble was totally destroyed in February 1945 when the city centre was heavily hit by the Allied Bombing of Dresden during the end phase of World War II. Today, it has been rebuilt; the precise amount restored is difficult to say as a percentage, but in general one can say the emsemble looks very much the same today as it did in the past.
WIkipedia

German Wikipedia on Bruhl Palace, with inside pictures.