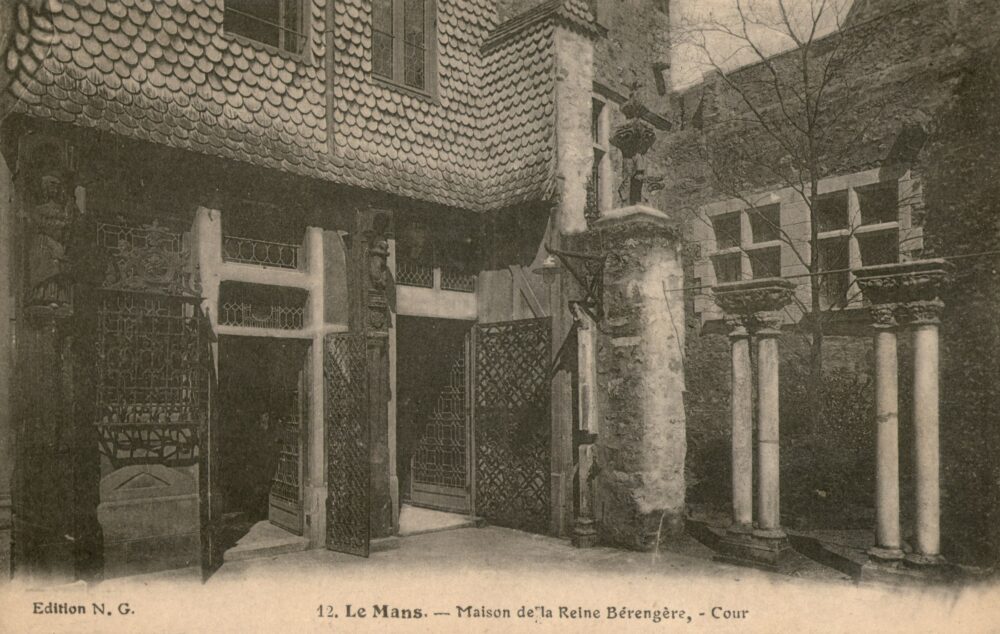 Berengaria of Navarre was queen of England as the wife of Richard I of England. She was the eldest daughter of Sancho VI of Navarre and Sancha of Castile. As is the case with many of the medieval English queens, relatively little is known of her life. Traditionally known as “the only English queen never to set foot in the country”, she may in fact have visited England after her husband’s death, but did not do so before, nor did she see much of Richard during her marriage, which was childless. She did (unusually for the wife of a crusader) accompany him on the start of the Third Crusade, but mostly lived in his French possessions, where she gave generously to the church, despite difficulties in collecting the pension she was due from Richard’s brother and successor John after she became a widow.
Wikipedia (English)

Bérengère (ca. 1165-1230) was Queen of the English as the wife of King Richard I of England. Musée de la reine Bérengère is a museum of Le Mans history located in three half-timbered merchant’s houses, ca. 1230. The museum is located on the old High Street that served to connect all the medieval city, both canonical and aristocratic houses. It is in the area known as la cité Plantagenêt. After being seized by William I of England, Le Mans fell into the hands of the Plantagenets in the mid-12th century. The houses were restored by Adolphe Singher (1836-1910) and acquired by the city in 1924.
CurateND