At the base of Greeba Mountain and the Kings Forest, or Greeba Plantation, there are two Victorian castellated residences built in 1849 in an elevated position in the Gothic style, on the site of a property that had been known as Booilrenny (perhaps boayl rennee, “place of the fern”). These houses, Greeba Towers and Greeba Castle, were designed by John Robinson of Douglas, a self-taught architect who designed many properties in the town of Douglas including the Bank of Mona (now the Tynwald Building), the Falcon Cliff, Douglas Head Hotel and the Derby Castle, all in a castellated style with Gothic influence. The house was originally built for William Nowell, but it was later bought by Edward Windus, the son of a partner of the publisher, Chatto & Windus. The Victorian novelist Hall Caine moved to the Isle of Man in 1894 and rented Greeba Castle for a six-month period before residing briefly in Peel. Caine bought the house, in a poor state of repair, in 1896. He lived there until his death in 1931, and it was partly remodelled during that time. According to a folk tale, the owner of Greeba Castle lost the property in a game of cards but built Greeba Towers in front of his former property to block the view of the new owner.
Wikipedia.

The name Greeba is derived from the Scandinavian word “Gnipa” meaning “peak”. This 56 hectare plantation lies on the south east slopes of Greeba Mountain. . . . At the foot of Greeba plantation, on the TT course, is Greeba Towers and Greeba Castle. This was once the home of Sir Hall Caine, the famous Victorian novelist. The Castle and Towers were built at the beginning of the 19th century by William Norwell on the site of a property which had been known as Booilrenny. After selling the Castle in 1854 for £825, Norwell moved into the Towers. The Castle was used as both a hotel and a boarding school for boys. It was bought by Hall Caine in 1898.
Isle of Man.com 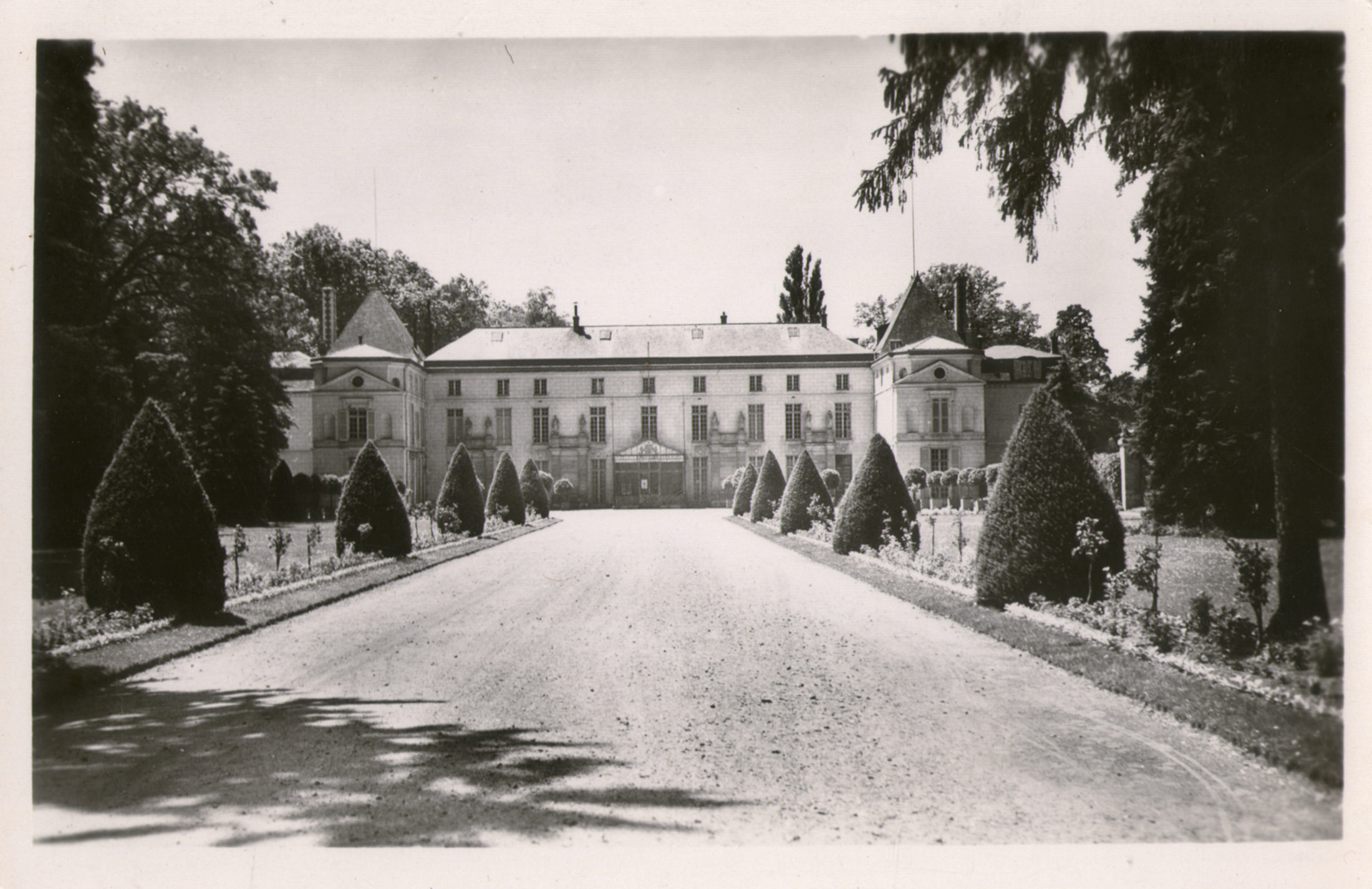 The Château de Malmaison is a French château situated near the left bank of the Seine, about 15 kilometres (9.3 mi) west of the centre of Paris, in the municipality of Rueil-Malmaison. Formerly the residence of Empress Joséphine de Beauharnais, along with the Tuileries it was the headquarters of the French government from 1800 to 1802, and Napoleon’s last residence in France at the end of the Hundred Days in 1815.
Wikipedia.

The château de Malmaison, purchased by Josephine in 1799 was, together with the Tuileries, the French government’s headquarters from 1800 to 1802. When Napoleon moved to Saint-Cloud, Josephine stayed in Malmaison and commissioned a wide range of improvements to the house. She settled in permanently after her divorce in 1809 and died there on May 29, 1814.
Napolean.org 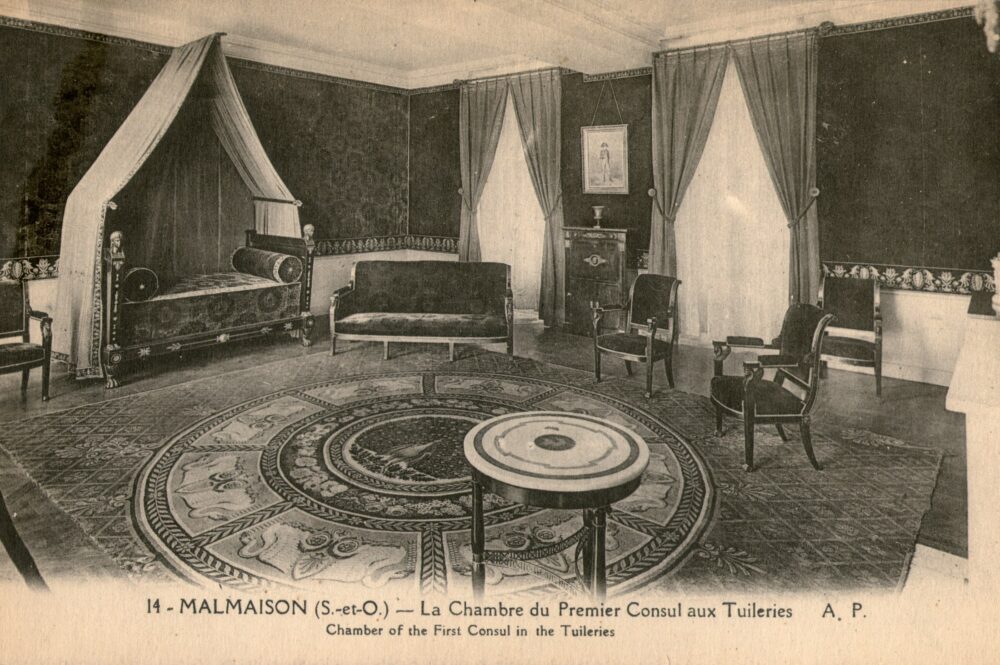 The linear and graceful style that characterises the interior decor of the Château de Malmaison is directly influenced by 18th century art but also features the innovative and visionary mark of the two architects Percier and Fontaine. Their style, created from a combination of Antiquity and Renaissance which they both immersed themselves in on their trip to Rome, is reflected in this old residence which became the archetype of consular style. There are no shortage of archaeological and historical references: Doric pilasters and stucco columns in the vestibule, decorative motifs inspired by Roman and Pompeian paintings on the library ceiling and in the dining room, and military trophies for bravery painted on the doors of the council chamber. While the mahogany arcs and columns in the library echo the Palladian-style motifs, the painted ceiling alludes to the literary authors whose works Bonaparte appreciated, and the council chamber with its fabric walls supported by fasces and pikes brings to mind the army tents used to decorate parks in Europe.
Musee national des chateaux de Malmaison & Bois-Preau 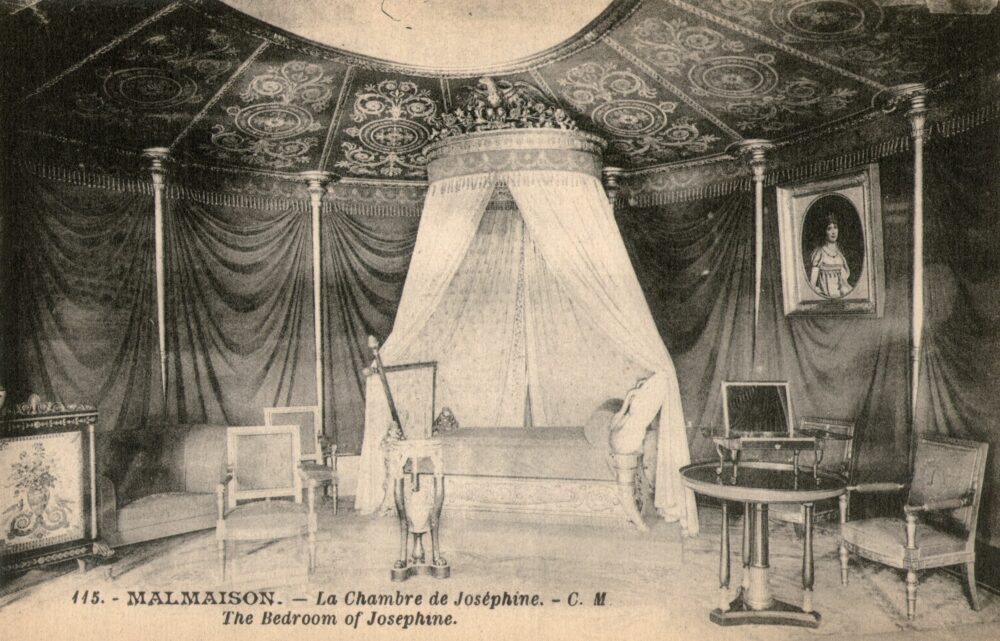 The most significant transformation was that of Joséphine’s bedchamber, which was given the shape of an almost circular tent thanks to a red sheet enhanced with golden embroidery that was hung on the walls. The ceiling was covered in a painting by Blondel representing Juno on his chariot, and the walls were decorated with numerous mirrors as well as eight flower paintings by Redouté.
Musee national des chateaux de Malmaison & Bois-Preau 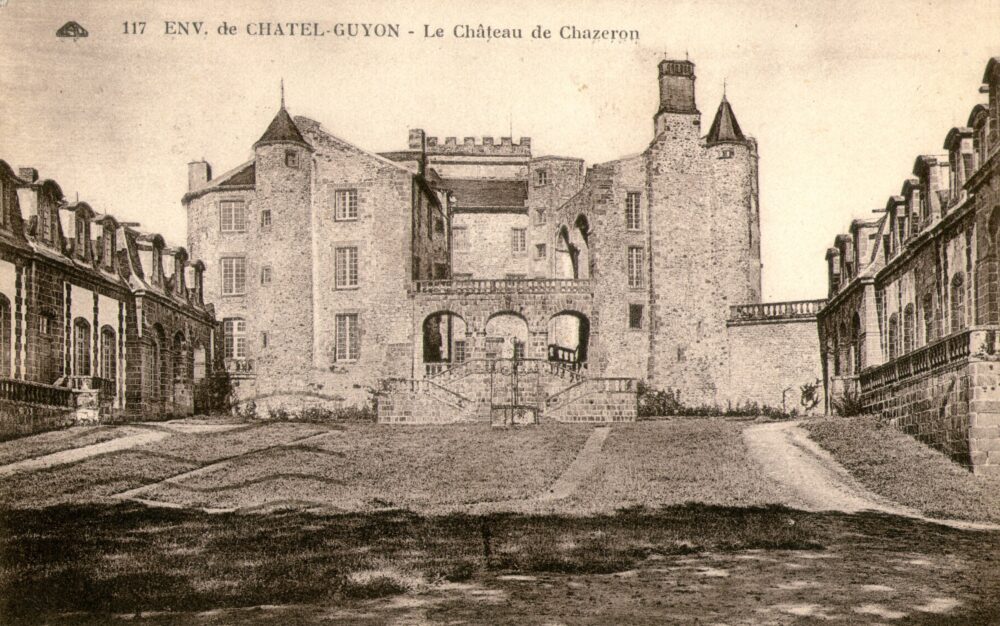 The Château de Chazeron is a castle situated in the commune of Loubeyrat in the French département of Puy-de-Dôme, 3 km (1.9 mi) north-west of Châtel-Guyon. Originally a medieval castle, Chazeron was altered in the 17th century by the architect Jules Hardouin-Mansart. He built a staircase on the site of the keep and added an arcaded gallery. The moat was filled in, three of the external walls were demolished and two wings were added.
Wikipedia.